Enterprise WANs haven't changed much in recent years, but SD-WAN offers potential to reduce costs and better support the embrace of cloud-based applications.

Wide area network technologies haven't changed much in the last 20 years, at least since the mass migration in the late '90s and early 2000s from frame relay to Multi-Protocol Label Switching (MPLS). Sure, asynchronous transfer mode provided a one-time alternative pathway, as did a few short-lived switched virtual circuit services, but the two-tier WAN architecture of MPLS or Internet-based services to the branch and Ethernet/Virtual Private LAN Service or even MPLS in the core has been the standard enterprise design approach for more than a decade. 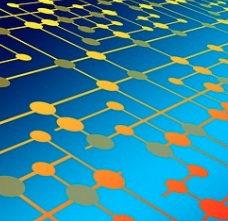 Today, however, this two-tier WAN architecture is putting enterprises in a bind. While application traffic traditionally traveled from desktop to data center, today it might originate on the desktop or a mobile device and move to the data center, a software-as-a-service provider, or an infrastructure-as-a-service provider like Amazon, Google, or Microsoft. Simply adding more bandwidth or using rate-shaping devices isn't sufficient to support rapidly changing applications crossing the WAN from an increasing variety of locations.

Here is where software-defined WAN (SD-WAN) comes into play. SD-WAN provides the potential to reduce WAN costs by eliminating or reducing private MPLS, while enabling better support for cloud-based applications. SD-WAN encompasses several features that distinguish it from Internet and MPLS services, including the ability to:

It's this last SD-WAN application that is the sweet spot for edge device vendors like Cisco, CloudGenix, Mushroom Networks, Talari, Velocloud, and many more, and the one that offers the most potential for cost savings. By deploying an SD-WAN device to the branch, and connecting that device to multiple low-cost local Internet service providers, an enterprise could potentially reduce WAN spend (by eliminating or reducing MPLS service use) while also delivering adequate performance for cloud applications like email/calendar, voice, video, and/or file sharing. Some SD-WAN vendors and service providers even differentiate by having a presence in large cloud provider networks like Amazon Web Services and Google Cloud Platform, enabling the ability to provide end-to-end performance management for hosted applications.

It's not just box makers that are delivering SD-WAN solutions; service providers like AT&T, CenturyLink, and Comcast are investing in capabilities that will allow them to deliver SD-WAN as a service, providing fine-grained application-level support across their own networks while also potentially delivering on-premises capabilities like firewall, IP telephony remote site survivability, performance management, and intrusion detection and prevention as provisioned virtual services running on low-cost branch hardware. With this approach service providers seek to reduce their own CapEx costs while also delivering new managed services to drive new revenue streams.

If you haven't revisited your WAN architecture in the last dozen or so years, now is the time to do so. Evaluate the potential of SD-WAN solutions to reduce costs while better supporting the needs of an increasing array of cloud-based applications delivered from a broad spread of service providers.

Editor's Note: Join us at Enterprise Connect 2016, coming March 7-10 in Orlando, Fla., for our session, " SD-WAN: Networking for the Cloud-Based, Mobile, Real-Time Enterprise." Register now using the code NJPOST and receive $200 off the current conference price.

Evolving Your Network for Hybrid Work

WFH and video require a revisiting of network architectures and security plans.

Understanding how your system collects and presents data can help you better understand the health of your network.

The Operations Triad: Why It’s Critical

Effective IT operations depend heavily on the right mix of people using a well-developed process, and employing the proper technology.