UCaaS pure-play RingCentral this morning announced it has acquired Glip, is rebranding the startup's eponymous tool as RingCentral Teams, and is integrating that set of capabilities into its cloud phone system.

The acquisition brings about an interesting mash-up of cloud communications, mobile messaging, and team collaboration services -- the triumvirate of the changing workforce about which we keep hearing so much. Lots of companies play in one area and/or another, but seamless integration within one vendor's cloud platform is a novelty yet. 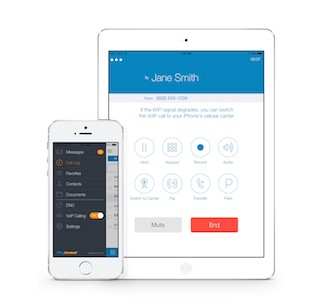 An example of the RingCentral user interface, sans Glip

RingCentral, which has expanded its cloud communications portfolio over the years from voice to SMS, conferencing, and video meetings, wants to be that integrated communications platform and not merely a provider of point solutions, said Kira Makagon, the company's EVP of innovations. "People don't have to use everything we bring to the table, but what we're hearing from IT managers, especially at larger companies, is that they really want one unified system they can manage."

Makagon's point speaks directly to one of the challenges confronting enterprise communications managers as cloud apps like Glip pop up to facilitate conversation and collaboration among one team after another. As much of a boon to worker productivity as these tools might be, they do introduce a certain element of unruliness and risk from the perspective of those charged with managing communications and protecting information assets.

Glip itself, as previously reported on No Jitter, has amassed tens of thousands of users at hundreds of businesses since launching three years ago. While in use among product development teams, as many tools of its ilk are, Glip seems to have found a niche among marketing and advertising departments and design firms for its "strong in-app image annotation and document revision functions that lend themselves well to collaboration on a document or image," wrote that report's author, Brian Riggs, an Ovum analyst. Such capabilities top off the more standard fare of messaging integrated with task management, calendaring, notes, and file sharing.

Glip's capabilities are going to dovetail nicely with the real-time voice and Web collaboration available via RingCentral Office, the company's flagship service, Makagon said. And, once the integration is completed, the messaging and collaboration functionalities become manageable at an enterprise level.

"We'll really be focused on companywide adoption, because when a company buys a phone system, the phone system enables the company. And customers have told us, if you could deliver [team collaboration] capabilities to us as an integrated package, then we'd be happy because that facilitates management," Makagon said.

Makagon declined to provide specific roadmap details, but said the integration will happen in fairly short order, aided by Glip developers and company founder and CEO Peter Pezaris, all of whom will join RingCentral, working under Makagon's innovations purview. "We're kindred spirits of a sort, 'philosophy wise,'" she said, in their strategic approach and desire to "let users work the way that they want to work."

If that sounds a bit squishy, the solid evidence is in the strong integration programs inside both Glip and RingCentral. Glip lists a dozen advanced integrations on its site, including Asana for project management; GitHub, for source code repository services; Google Hangouts, for video; and Zendesk, for help desk services. And RingCentral strives to differentiate itself on its integrations, built on the RingCentral Connect platform. Its list includes apps from Google -- including the enablement of voice calling from within Gmail -- Oracle, Salesforce.com, Zendesk, and others.

Glip, or RingCentral Teams as it's to be called, will live on as a standalone freemium app for the Web and Windows, iOS, and Android mobile devices, too, Makagon said. However, for the fully integrated voice functionality, users would need to buy one of RingCentral Office's three subscription plans, which range in price from $25 to $45 per user per month. Meantime, existing RingCentral Office users will get RingCentral Teams at no additional cost.

RingCentral did not disclose financial terms of the acquisition.