Ribbon Communications yesterday announced it's signed an agreement to acquire Edgewater Networks, a provider of network edge orchestration solutions for small and medium-sized enterprises and hosted UC providers, for $110 million.

With this acquisition, Ribbon will be able to extend its portfolio to deliver network intelligence and security capabilities from the network to the edge, enabling end-to-end service assurance and analytics capabilities and a fully integrated SD-WAN service, the company stated. Specifically, Ribbon said it will use Edgewater solutions to supplement its Ribbon Protect UC security offering with voice and data intelligence from the customer premises and enterprise edge, and to enhance its Kandy UCaaS offering with analytics and service assurance capabilities across the network edge. In addition, Ribbon said it will expand its Microsoft Skype for Business and Teams offerings with Edgewater intelligent edge solutions. 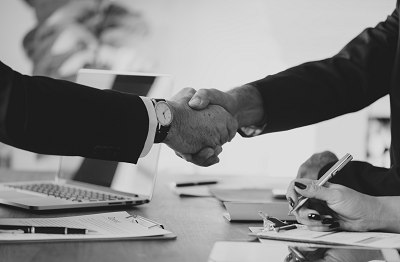 In a quick call on the acquisition, Diane Myers, senior research director with IHS Markit, said Edgewater Networks nicely complements the session border controller (SBC) portfolio from Sonus, which along with Genband late last year merged to form Ribbon. Edgewater's strengths have been down-market, in smaller businesses and UCaaS deployments, whereas Sonus has targeted larger enterprises and SIP trunking deployments, she said. So with this acquisition, Ribbon will gain market share with access to smaller, lower-end businesses, she added.

Another of Edgewater's strengths is in distribution channels, with significant partnerships with a lot of legacy BroadSoft-based customers and large service providers, Myers said. So with this acquisition, not only does Ribbon get the market share, but with that, the channel.

"Edgewater is definitely larger and has a much more significant business than Ribbon did in this market," Myers said. "If [Ribbon is] able to maintain the Edgewater momentum -- or all the relationships that Edgewater has in terms of channel partners -- and really continue to move that, they should be well positioned to be one of the top players in the enterprise side."

In 2017, Edgewater Networks posted revenue of $64 million, up from $50 million in 2016, primarily from its U.S. business, Ribbon said. It posted an operating profit, after normalization, of $4 million, doubling its 2016 figure.

The transaction is expected to close in the upcoming quarter, subject to customary closing conditions and regulatory approvals, Ribbon stated.