Why the Huawei Situation Should Matter to You

Will regulatory intervention in the name of national interest and security derail your technology implementation plans? 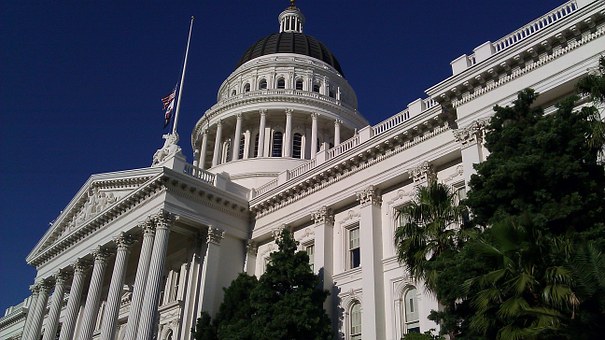 Earlier this month, President Donald Trump, claiming that threats to information and communications technology from foreign entities constitute a national emergency, signed the Executive Order on “Securing the Information and Communications Technology and Services Supply Chain” into law. The order, The New York Times suggests, may be the first step in the creation of a “digital Iron Curtain” as the president looks to secure what may be more favorable trade terms from a powerful and aggressive competitor – Chinese communications vendor Huawei -- to American businesses. It’s also possible that the order’s real purpose is to force China to rethink its long history of disregarding international intellectual property standards and laws and to secure better market behavior and a reframing of existing and future U.S.-China partnerships.
The wide-reaching order affects entities that are owned, controlled by, or “subject to a jurisdiction deemed a foreign adversary to the U.S. Whatever the long-term effects, in the short term the order will create ripples -- if not tsunamis -- within American businesses of all shapes and sizes.
The order contains three particularly important definitions:
You don’t need to be a lawyer to recognize that, particularly with respect to the definition of foreign adversary, the language is generic enough to leave huge gaps through which a litigation truck can easily be driven. But the fact remains that this executive order contains terms that are a real eye-opener if not deal-breaker for those in the technology business.
The Bureau of Industry and Security (BIS), which falls under the realm of the U.S. Department of Commerce, creates and maintains a document known as the Bureau Entity List. It added Huawei to the list on May 16, once the executive order went into effect. ZTE, another Chinese mega-company with a deep bench of technology products -- particularly those supporting radio applications -- has been on the list for a while. The BIS list is driven largely by concerns related to national security and foreign policy. Entities that do business -- either directly or indirectly -- with companies on the list are required, by law, to perform additional due diligence and subject these transactions to additional levels of scrutiny before consummating transactions.
Further, phrases like “national security” and “foreign policy,” without other qualifiers, are the absolute definition of “gray areas” -- leaving great margins for interpretation… and litigation. Finally, there are those who would argue that this attack -- on Huawei in particular, but also affecting other foreign companies selling technology products -- isn’t so much about national security as it is about protecting the competitiveness of native (read: American) companies whose equipment prices are considerably higher than those offered by the Chinese-based targets of this order. But I digress…
Practically Speaking…
The effects on enterprises may be slow to surface, but could be nonetheless critical. Entities that rely on equipment that includes components directly or indirectly related to Huawei, its affiliates, and other Chinese companies producing any element or component that is in use within the enterprise operation qualify under the order. That is, while the Executive Order won’t change things immediately, it does represent the foundation of a new regulatory framework that will address the broad concerns of enterprise consumers. It won’t affect current equipment that’s already in place, but it certainly will have an impact on items that are either on order or to be acquired -- primarily as network components -- going forward.
Paying attention to the fine-point legal print designed NOT to be read will be critical. In an acquisition that contains multiple moving parts, the enterprise must have the ability to get out of the deal if the equipment included is no longer available for any number of reasons. That is, when committing to a multiyear, multisite project in which a vendor is providing a managed or virtual service, it’s absolutely critical that the enterprise consider how the acquired system can be sustained if the promised and essential components as designed are no longer available, not as a result of technology evolution but due to federally-imposed regulatory restrictions.
A Technology Trade War? Who Wins? No One
It is certainly possible that the current jousting between U.S. and Chinese entities reflect the beginnings of a technological Cold War. The overarching concern about limiting access to technology, particularly when combined with the Chinese practice of censorship (which has existed since long before this order came into place), will serve to further limit not just collaboration between Chinese and American academics and institutions, but how technological products and services evolve going forward. Noted Taiwanese-born, American-educated Kai Fu Lee, a well-respected thinker and speaker on issues related to Chinese-American relations, made these important comments in a recent conversation regarding the future of artificial intelligence and the Chinese-American relationship: “The U.S. is stronger in research, and China is stronger in implementation.” My rough translation -- the need to work together to create the best products and services going forward remains critical.
There is a great deal of discussion and legal work (including litigation) being performed primarily by trade negotiators and their legal teams to create/establish/re-establish (choose your favorite) as level a playing field as possible given market, political, and economic concerns. As recently as this week, The Wall Street Journal published an article detailing allegations of Huawei’s theft of intellectual property and hardball tactics. But as demand grows and technology evolves, the need for cooperation -- perhaps wary cooperation with the behemoth known as Huawei -- will become even greater than it has been.
However, in the meantime, the enterprise consumer of technology products should expect to be both nimble and quick as its technology implementation plans could potentially be impacted negatively by regulatory intervention in the name of national interest and security.