Change is in order for Net neutrality, ISP regulation, and infrastructure investment. 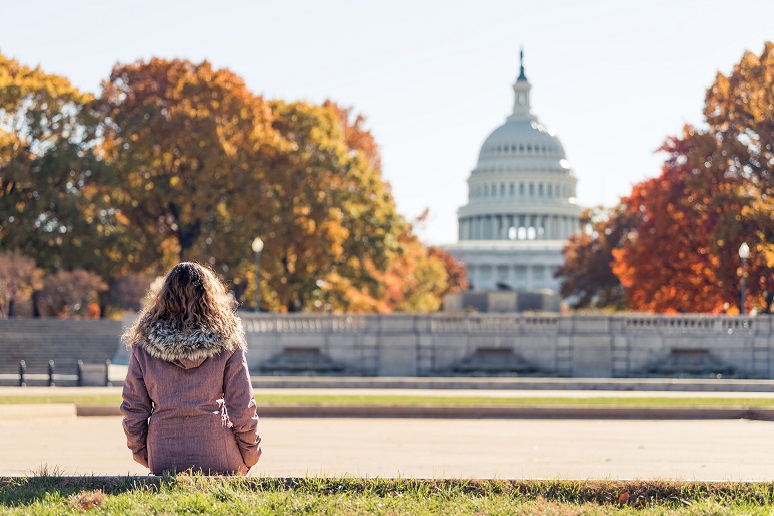 Image: Andriy Blokhin - stock.adobe.com
A new sheriff is in Washington, D.C., at 1600 Pennsylvania Ave., and his arrival means all sorts of change is heading down the pike. This includes at the Federal Communications Commission (FCC), which has a new acting chair, Democrat Jessica Rosenworcel. While the FCC remains politically deadlocked for now, with two Republican and two Democratic commissioners, the fact remains that it’s a new day at the FCC.
With the new day, one of my favorite hot button issues — Net neutrality — is about to become a priority once again, after four years of policies that, to me, haven’t done an adequate job of providing service to communities that have traditionally and consistently been underserved. Although a resuscitation of Net neutrality by the FCC will require a Democratic majority, which doesn’t yet exist since President Biden has yet to appoint someone to fill the vacancy left by Republican Chair Ajit Pai, this issue is unquestionably of central importance to the new chair and existing commissioners. Hopefully, with Democratic control, the FCC will be able to take steps to combat what has become de facto digital redlining, where economically disadvantaged communities are unable to secure reliable, affordable and useful access to high- speed Internet. Sans intervention, of course, market factors will continue enabling those players that have the most to gain to do so, at the expense of the underserved communities that possess neither the underlying capital nor the incentive to build essential infrastructure.
In opening remarks to the commission staff, Rosenworcel said that as a result of a new appropriations law, Congress directed the FCC to “establish an Emergency Broadband Benefit to expand access to high-speed connections and assist those struggling in the ongoing economic crisis.” In addition, it “tasked the agency with expanded support for telehealth and provided funding that will make our networks more powerful and more secure,” she added. A lofty intention perhaps — but one worth remembering and revisiting. As long as communities that face economic challenges are denied access to high-speed broadband and the tools and expertise to harness what broadband offers, they are destined to remain behind the economic and educational eight-ball.
Besides Net neutrality, the new FCC is likely to apply fresh scrutiny and attention to the regulation of Internet service providers (ISPs) as common carriers. As the Internet has become an obvious utility (even former FCC Chair Pai agreed to this point during a recent “Marketplace” interview), the previous FCC decided that light-touch regulation was the way to go. It wasn’t. Since the technical differences between voice and data have become almost totally blurred, treating communications that have the same effect (voice traffic originating from point A and terminating at point B) based on the underlying technology used to create the connection doesn’t make sense. However, carriers and ISPs bristle at the notion of a return to a regulated market. Nonetheless, it’s on the radar of the new FCC. How likely regulatory changes are without a clear Democratic majority of commissioners has yet to be seen, but at least the issue will receive some long-overdue attention.
Elsewhere, the new administration has tried to raise the profile of the decidedly unsexy issue of infrastructure investment. Pete Buttigieg, newly confirmed secretary of Transportation, advocated in his confirmation hearings that the department that he will head “is open to supporting” policies that allow dig-once broadband deployment work in conjunction with other transportation infrastructure projects. Such a policy could help in the effort to deploy the infrastructure necessary to enable broadband capability in traditionally underserved areas.
Additionally, the administration is directing special attention toward broadband deployment on tribal lands, with new policies designed to encourage collaboration among federal agencies and individual tribes for construction and deployment of underlying facilities. While the need is critical on all fronts, demand for reliable broadband is essential to meet telehealth requirements on tribal lands. While these demands existed prior to COVID-19, the pandemic has stretched existing networks beyond the limit. The need couldn’t be greater at this time. In fact, for residents of tribal lands, COVID-19 has only highlighted the huge disparities in service between the haves and the have-nots.
I have two final points of interest to make. In late January, the U.S. District Court of Appeals for the Washington, D.C., Circuit heard arguments on the safety of radiofrequency devices that have become ubiquitous since the rules took affect 25 years ago. What’s changed, of course, is the presence of these devices in so many aspects of our lives that couldn’t possibly have been contemplated back then. The case, filed in the summer of 2019, raises valid concerns about the underlying data upon which the FCC relied (primarily from the Food and Drug Administration although unfortunately, the data involved primarily 2G mobile phones) when it issued an order that largely approved the old rules. Since then, both the sheer volume of devices and underlying technologies have evolved logarithmically — making the point that it may be time for a more careful and multifaceted review with input coming from multiple sources. Stay tuned on this one.
Lastly, since we’re speaking of new sheriffs, a new one will be at the Consumer Financial Protection Bureau (CFPB) . The president has nominated Rohit Chopra, former student loan ombudsman for CFPB, to lead the consumer finance agency. Chopra, who has been a commissioner of the Federal Trade Commission, is a mentee of Senator Elizabeth Warren. He brings a fierce legacy of consumer protection to the job. Enterprises operating call centers should expect a strict level of enforcement, with particular attention directed to Telephone Consumer Protection Act compliance. Again, stay tuned…