Net Neutrality, the Midterms... & California, Too!

The time is now to consider how your representative feels about Net neutrality and use that information to vote accordingly.

Let's start with the fact that way more exciting things are going on politically at the moment than the battle over Net neutrality. Even for those of us who are passionate about this issue, what's going on in the White House/Supreme Court/Senate (pick one) is probably more compelling than anything the FCC could or might do. However, as we approach the final few weeks before the ever-important midterm elections, it's critical to consider how your representative feels about Net neutrality and use that information to vote accordingly.

As you're likely aware, in December 2017, under great pressure from the largest carriers and their lobbyists, the FCC's Republican majority voted to abandon the Net neutrality rules put in place by the Obama Administration in 2015 and validated by the U.S. District Court where contentious Supreme Court nominee Brett Kavanaugh currently sits. This wasn't a terribly popular move, with 83% of the general population and 75% of Republicans opposing it. Interestingly, since that time, the U.S. Senate has passed a bipartisan resolution that essentially restores most of the Net neutrality provisions. The House version of the same bill has yet to come to a vote, but even some Republicans have taken up the mantle -- at least to a certain degree -- to codify most elements of the original Net neutrality regulatory scheme. These elements primarily include the prevention of ISPs from blocking or throttling end users; where the parties diverge is on the issue of paid prioritization. 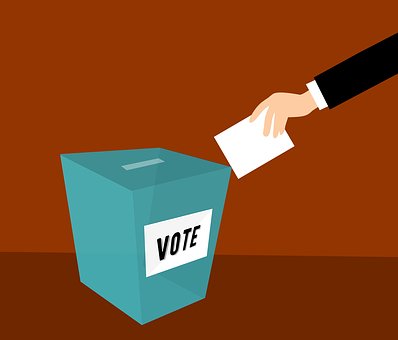 One more thing... with the abandonment of Net neutrality rules came a prohibition against states taking their own actions to secure the openness of the Internet. Some states have stepped up anyways, with their own slightly different approaches. The California legislature, however, has really brought state action to a whole new level. California is likely to argue that since Internet "delivery" is a local matter, the state should have the right to regulate how the actual connection between the Internet and the individual is made. Those on the other side of the argument claim, and not without good reason, that state laws here interfere with interstate commerce, placing Internet regulation well within the purview of the federal government (see U.S. Constitution, Article 1, Section 8, Clause 3). The federal government's "hands off" approach to Internet regulation gives rise to a secondary issue, with some states having taken their own respective actions to fill a void that the administration has left vacant. Under Net neutrality rules, the Internet was considered a utility regulated by the FCC, which had clear enforcement powers. With the lifting of the regulatory hand, enforcement, if it exists at all, will fall to the federal government's consumer protection arm, the Federal Trade Commission -- a major shift. Like many other issues, the legal battle will be waged over whether Internet regulation is a federal or state matter. To be fair, good arguments can be made on both sides.

To be clear, California is not the only state that has taken matters into its own hands with respect to Net neutrality. But with all due respect to other states that have created their own methods for trying to enforce Net Neutrality provisions, California is, and remains, the 800-lb. gorilla in the room. It's also the state where much of the technology industry is based, and as such, has more resources to fight the battle. It also has a long history (if you can count two years as a long time) of taking on what many perceive to be unpopular positions staked out by the Trump Administration (read: climate change and immigration, among others).

Although unrelated to Net neutrality, please also recall that in August, as Santa Clara, Calif., firefighters were battling the largest blaze on record, someone at Verizon Wireless contacted the department to let it know that it had reached the limit of usage for the month and in order to continue receiving service, the department would have to opt for a larger data plan. This was an error by Verizon Wireless, but without Net neutrality protections, it's certainly likely that going forward this is precisely what the largest ISPs will be able to do without consequence. Verizon Wireless's mistake may have done a better job of shining a bright light on the incredible importance of this issue than any bloviating in Washington or in state capitals ever could.

The bottom line is this: If you believe in the principles and protections of Net neutrality, you must do two things. First, contact your own state and federal legislators and let them know that this issue is important to you. As futile as this exercise may seem, when I've made the calls, it's because I want to be sure that my representative can't ever say that no one contacted him on the issue. Make sure that yours knows that data throttling, locking, and paid traffic prioritization aren't in your best interest. This issue is important. Second, please vote.