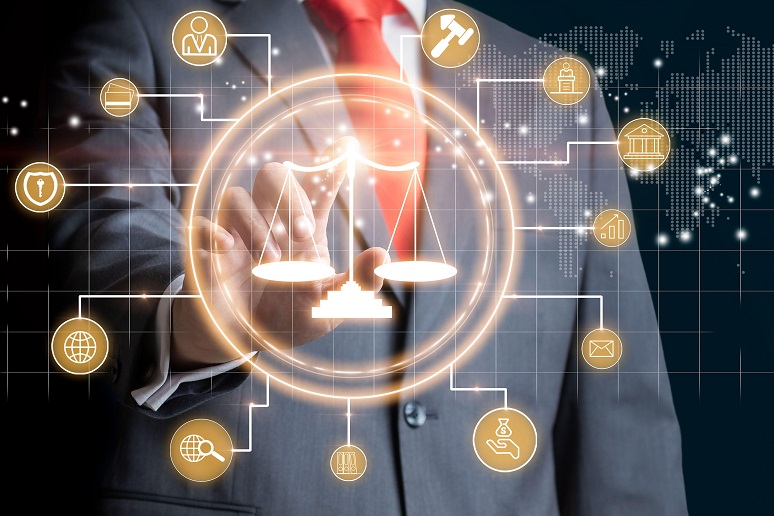 Image: Icruci - Alamy Stock Photo
For better or worse (and often both), loopholes are the way that creative lawyers solve client problems and make partners (read: $$). Despite significant amounts of time spent drafting very precise language to minimize gaps in interpretation, even the best of legislators’ and rule makers’ intentions can be thwarted by precise surgical strikes to identify such loopholes (some might call them opportunities) and navigate through them.
Recently, the FCC took a series of affirmative steps to create competition among communications service providers for tenant consumers (residential and enterprise) who live and/or work in multiple tenant environments (or MTEs), designed to tighten loopholes for the benefit of tenants — be they residential, commercial, or other. The title of the report and order is, in fact, “In the Matter of Improving Competitive Broadband Access to Multiple Tenant Environments.” According to the FCC’s definition, MTEs include “commercial or residential premises including apartment buildings, condominium buildings, shopping malls or cooperatives that are occupied by multiple entities.”
The FCC, along with other federal agencies, has worked for more than 30 years to enable those who live and work in multi-tenant environments to take advantage of competition, including telecommunications, cable, and broadband/Internet services. But the combination of loopholes and technology advancements that have fallen outside of existing regulatory structures have made these lofty goals largely unachievable — or at least easily avoidable.
Through various pieces of legislation reaching as far back as 1992, the FCC has attempted to thwart practices that “frustrate competition, impede deployment by competitive providers, and reduce choice for Americans living and working in MTEs,” as stated in the FCC’s recent Report and Order and Declaratory Ruling. However, driven by the compelling need for broadband access that the pandemic has wrought, the FCC decided that the time for renewed action is now.
The newly released document takes three major actions to enable real competition in multi-tenant environments. First, the commission has adopted rules that prohibit providers from entering into most exclusive revenue-sharing agreements with building owners/landowners to the detriment of other potential competitors. These agreements have effectively kept competitors out by denying those competitors the ability to compensate landlords for access to tenants. Secondly, the new rules require communications providers to inform tenants about the existence of such exclusive and existing marketing arrangements between landlords and providers, which effectively preclude competition. Thirdly, the new rules clarify existing FCC directives affecting inside wiring that prohibit the use of wiring sale-and-leaseback arrangements between landlords and providers that also essentially prevent competitive access into those buildings for alternate providers.
All three of these new tools are really designed to prohibit providers from entering into revenue-sharing agreements that have been effectively used to evade existing rules. Historically, providers have compensated landlords for access to tenants in two ways. First, in exchange for compensation from the provider, the landlord agrees that it will not accept revenue from any other interested provider. In the second graduated revenue sharing model, the landlord receives more compensation based on the number of tenants who sign up for the provider’s service. Where either type of revenue-sharing agreements has been in place, a new provider, though often physically able to provide connectivity, is either contractually or effectively prevented from doing so because of the landlord’s existing provider. As such, the owner has every incentive to block alternative providers’ access to the building because it reduces the amount that the landlord receives from the provider.
The effective date of the invalidation of existing contracts will be 180 days from the date that this information is published in the Federal Register. The publication hasn’t yet happened, but it could be any time, giving providers and landlords or other MTE managers six months to evaluate options.
The second element of the new effort involves the required disclosure of the existence of exclusive marketing arrangements that providers have with landlords. Such disclosure must be written in clear language and must be “conspicuous, legible and visible” that clearly states that the provider has the right to market its services exclusively to tenants, although the provider can’t suggest that the provider is the only entity that can provide service to tenants within the MTE. Disclosure to tenants and potential tenants must meet specific criteria defined in paragraph 38 of the report and order. For purposes of this requirement, “written marketing material” includes both printed and electronic material.
The last component of the new rules clarifies existing commission rules regarding cable inside writing, prohibiting “sale and lease back” arrangements which effectively deny access to alternate providers. The obligations here involve informing consumers about their rights concerning inside wiring within their respective MTE. The goal is to ensure that consumers understand that if they choose to change providers, consumers are aware that existing wiring can be used to connect to alternate sources of programming without the need to run new wiring or be subject to unnecessarily time-consuming and hassle-filled processes.
Often, MTEs accommodate tenants who are economically disadvantaged and technology challenged. The steps taken by the FCC, and soon to be in effect throughout the country, represent a step forward in ensuring that consumers who need Internet access are presented with a level playing field in terms of available offerings. Of the many lessons of the pandemic, one is that the Internet is a utility regardless of how the federal government chooses to classify it (for the moment). Providing broadband service at an affordable rate is a priority of this FCC, even in its current state of political gridlock (two Republicans and two Democrats, pending the confirmation of the fifth nominee, Gigi Sohn, who is awaiting Senate approval). Hooray to the current commissioners who came together to make these changes happen. They really are in the best interest of all of us!
(See Related: Reading the Tea Leaves on Some Timely Topics in Telecom Law in 2022)

Make sure to catch Martha Buyer at Enterprise Connect, where she'll be presenting on managing E911 compliance and the etiquette and ethics of VR collaboration and the metaverse. To learn more about Enterprise Connect 2022, make sure to check out the conference schedule. Early bird registration pricing ends on Friday, February 25, 2022. Register today!