Since becoming Avaya CEO in 2008, Kevin Kennedy has overseen the acquisitions of several companies, including Nortel Enterprise and Esna Technologies; the launch of the Avaya Aura UC platform; and a headquarters relocation from the East Coast to the West Coast. He is one of the industry's more technical CEOs, with a technical curiosity he says was spawned during the "space race" and cultivated while obtaining his B.S., M.S., and Ph.D. in engineering. He holds two patents, and still considers himself an engineer at heart.

He is an avid reader, mostly of nonfiction books. He's also written or co-authored a few, including the Devil in the Details (2012) and Going the Distance: Why Some Companies Dominate and Others Fail (2003). The book he most often gives as a gift, however, is not one of his own but rather The Fourth Turning, a take on the causality of economic cycles.

I recently had the opportunity for an in-depth chat with Kennedy, and took advantage by asking for his thoughts on a wide array of topics, from Avaya's financial standing to his leadership style. The conversation went something like this: 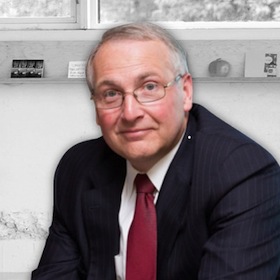 In your June keynote at the International Avaya Users Group conference, you indicated the company has never been more financially healthy. Would you elaborate?
Sure. Our EBITDA as a percentage of revenue has expanded for over five years. Our cash requirements have decreased. And about 18 months ago, we began paying down our debt for the first time. Finally, we have been free cash flow positive for three consecutive quarters, and have pushed out a 2017 debt wall with a recent refinancing.

In that keynote you also said Avaya was focusing on its "go-to-market and bundling phase." Would you clarify what this means?
Yes. We are focused on moving from basic coverage of accounts to more consultative selling, and will have training and playbooks in place. In the mid market, we will package our products to encourage partner investment -- in the market and across our product portfolio.

Avaya's Net Promoter Score (NPS) ratings, which I know are important customer satisfaction measures to you, have been increasing. What activities and changes do you believe are driving the improvements?
We have focused intensely on quality and cost of quality. In other words, we looked at the elimination of waste or operations where automation could significantly improve outcomes. We began in engineering and developed predictive systems so we aren't just measuring customer-found defects. The predictive systems assessed the process used in developing software, the individuals and their track records, some early characterization of code, and early test findings. We found that the early calibration of upstream process inputs could tell much about downstream quality. Then we began to systematize the approach across other functions. However, at this time, the NPS gains largely reflect a response to how customers perceive our products and services.

Are the NPS measures indicative of end-user customers' or channel partners' satisfaction with Avaya?
We primarily measure end-user NPS as delivered by both the satisfaction with partners and Avaya. And we measure product, service, and sales separately. For Avaya, all functions have improved NPS ratings, contributing to a significant growth of Avaya's NPS.

Let's talk about Avaya Stadium. Most sponsorships are simply financial, in San Jose Avaya is also providing a significant amount of technical infrastructure and services. How and why did that happen?
Avaya Stadium emerged as a very cost effective sponsorship relative to alternatives. It provided an opportunity to demonstrate our technology leadership, resulting in Avaya Stadium winning awards for the most innovative.

Specifically, the stadium allowed us the opportunity to demonstrate our technology leadership in key areas including wired and wireless networking infrastructure with our identity engines to support shared use of the network among guests, employees, and vendors. Other areas include customer and team engagement where our solutions are used for internal meetings, ticket sales, and team operations. And within the area we are calling fan engagement, Avaya Stadium uses the Fan Engagement Wall to promote an aggregated social media capability between the venue and team with the fans' selected social media platforms.

In February, the San Jose Earthquakes began hosting Major League Soccer games in the new stadium. How are you measuring success from Avaya Stadium, and what results have you seen, if any, so far?
We primarily use two measures. First is the measurement of awareness of Avaya in Silicon Valley. We already know this has expanded. Second, we have won at least five more stadiums based on this technology and intrinsic innovation of fan experience. This is all upside, as we paid for the sponsorship by eliminating nonproductive sponsorships at the start.

Avaya has recently lost market share within the UC space, according to industry reports. Is this correct, and if so, is the trend reversible?
The market is changing from CAPEX to OPEX, premises deployments to cloud deployments, and application-embedded infrastructure from standalone infrastructure. Our strengths have been in growth of private cloud services, small business, and contact center/UC-combined infrastructures. Our total demand under contract has actually held relatively steady over the past couple of years. And we continue to win new UC deals within the mid market and enterprise spaces.

About a year ago you transferred many Avaya services and employees to HP, which then became a major contact center customer. How has that outsourcing partnership fared?
Quite well. The managed service outsourcing with what's now known as Hewlett Packard Enterprise has been transitioning smoothly. We are fully engaged in the refresh of Hewlett Packard Enterprise's contact center capabilities, which is progressing and will continue to evolve. We've seen on-time achievement of all milestones to date and deployment is expected to continue to ramp through the end of 2015.

A third leg of the partnership will be the enablement of the HP Enterprise sales force to sell Avaya products, which will be expanded in calendar year 2016 and 2017.

Continue to next page for Kennedy's thoughts on Avaya acquisitions, the mid market, breaking down silos, and more

Over the past several years, Avaya has made a number of acquisitions with the purchase of Nortel Enterprise being the largest and that of Esna Technologies the most recent. Which acquisition over the past three years do you consider the most strategic?
The Radvision acquisition propelled the company into best-in-class mobile video technology. The Esna technology fulfills the enablement of applications with telephony capability, such as click-to-call, and spans applications from providers such as Google, Microsoft, and others.

But given our private status, the company has been largely focused on internal development in three strategic areas:

While we have made various strategic acquisitions, these three areas are key to our differentiation.

Avaya has supplied cloud providers, launched a direct service for SMBs, created Avaya Powered branding for partners, and developed a contact center infrastructure service on the Google Cloud. So why isn't Avaya offering its own hosted enterprise service?
We have been following the directions of our customers. In the enterprise, private cloud has been the priority. I believe, over time, we will provide hybrid solutions that support existing solutions and offers from Avaya directly as hosted services. But timing will be driven by the market.

I hear "mid market" frequently from Avaya. Is the mid market Avaya's primary focus?
The mid market is large, as large as the enterprise in many theaters. The mid market is more resilient in an era of consolidation than the enterprise, and it is an opportunity that Avaya has not really been participating in, so it is all upside. Hence the mid-market expansion is one of our five or so growth initiatives.

I understand that you recommend a "pirate's code" for how your team should operate. Would you summarize it?
Let me be more precise: We have a code that describes leaders who are most likely to succeed. We assessed those leaders who were most successful and those who failed. We found the successful ones had eight common characteristics, such as strong domain expertise, high courage, and low ego; they hired well; they inspected diligently; etc. When we hire for the right traits, our investment in the leader and the leader's investment in Avaya are maximized.

What aspect of Avaya's portfolio excites you the most?
Software development kits are fundamentally reshaping the landscape of every industry they touch. We recently released Avaya Engagement Development Platform [EDP], a powerful new software development kit that makes it easy to embed business communications inside automated workflows and apps. It's still early days, but we're already seeing some really interesting applications being built on the platform -- everything from elevator emergency buttons to video-enabled customer service over mobile devices.

On the other side of the portfolio, we're incredibly proud of our work in software-defined networking through our Fabric Connect SDN switch technology. We've tackled some of the world's most challenging networks -- our network powers the Burj Khalifa in Dubai, and powered the most recent Winter Olympics -- and we believe we're 12 to 18 months ahead of our competitors in next-generation networking.

Does the Avaya brand help or hinder the adoption rate of Fabric Connect networking solutions?
I believe the Avaya brand is a positive, but what matters is getting in front of the right audience to show side-by-side comparisons with status quo vendors and produce evidence of 10x improvements in speed and simplicity. For example, surveillance applications are network critical, but the management of such systems typically does not report through the CIO organization where Avaya has the most brand recognition. However, once in front of the right audience, it is easy to show that we handle 10x the number of cameras, and resistance to such an excellent solution is low.

Did the acquisition of Nortel play out as expected?
Financially, the acquisition recovered costs and enabled more investment. We also obtained some excellent technology. On the go-to-market side, the channel elements performed below expectation. In short, many inherited channel partners sought to only sell service versus new products.

You also wrote that "silos exist for reasons, and companies erase them at their peril." Yet, many UC vendors are working to tear down these barriers.
I like to refer to it as "controlled openness." Security, compliance, and competitiveness all create the forces for the longevity of silos.

The notion that all information should be democratized within the enterprise is a bad idea. What unbridled workplace transparency lacks is context -- the who, what, where, when, why, and how behind that information -- and the judgment of that context. However, engagement technologies enable workflows and controlled access to context on a need-to-know basis. Hence, enabling engagement across silos and from the enterprise to consumer communities will be a huge step forward in government and the enterprise.