This startup wants to take a page from Google Maps to solve the location accuracy problem that plagues wireless 911.

Seventy percent of 911 calls are now made from mobile phones, according to the FCC. Unfortunately, Public Safety Answering Points (PSAPs), or 911 centers, are still geared toward the 1960s-era telephone network on which everything was connected with wires and a static database could be used to determine the caller's location. Determining location is far more challenging for mobile phones, particularly if the caller is indoors. 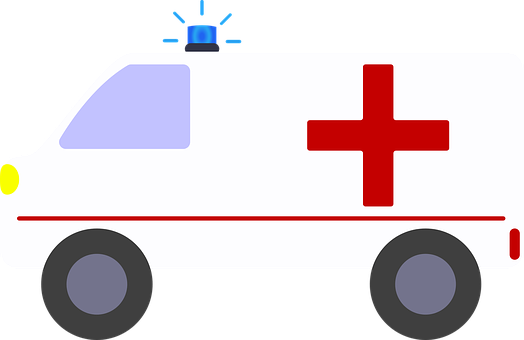 The FCC has proposed improvements, but location accuracy for mobile phones still falls far short of what users can get from Google Maps, Waze, and any number of readily available consumer apps. The FCC's current location requirements for wireless E911, which date to February 2015, address horizontal and vertical location accuracy. The horizontal requirements state: Wireless service providers must provide 1) dispatchable location (described as "a long-term objective"), or 2) x/y location within 50 meters, for the following percentages of wireless 911 calls:

This is far better than the previous requirements, which called for accuracy of 50 to 300 meters and delivered within six minutes, but the deployment timetable smacks of the 1960s.

Even in his statement announcing the requirements, then FCC Chairman Tom Wheeler wrote, "We all know how commercial location-based services like Uber can find their users reliably and consistently. If we can have an app that gets a car service to the right door, we certainly should be able to get 911 to the right door consistently and reliably."

Now, at last, a startup is ready to take on that challenge, as reported by The Wall Street Journal. Wheeler has signed on as an official advisor to the startup, called RapidSOS, with additional former FCC chairmen Julius Genachowski and Dennis Patrick signed on as investors. RapidSOS's idea is to use the phone's GPS along with triangulation among cell towers and Wi-Fi hot spots to get the accuracy down to a few meters; this is essentially the same technique in use by Google Maps.

RapidSOS's 30-year-old founder Michael Martin came up with the idea after he thought he was being followed while walking home in New York City and so considered calling an Uber. In 2014, he and co-founder Nick Horelik launched a 911 app, called Haven, and then set off on a cross-country tour of PSAPs, as reported in the WSJ article. In talking to more than 100 E911 specialists, Martin determined that his original idea of having a phone app would be impractical given the diversity found among the nation's 6,500 or so PSAPs, he said. So the company switched its focus to developing a database integrated with the systems from companies like Motorola Solutions, which is putting $14 million into the venture, and Airbus DS Communications, WSJ reported.

Since the app idea won't fly, RapidSOS has approached Apple and Android maker Alphabet to see if they would modify their software so location information forwards to the RapidSOS database when a phone dials 911. If they agree -- decisions yet to come -- the PSAP would then access the location information from the RapidSOS database, WSJ reported. In essence, the goal is to integrate the capability natively into the phone rather than going over the top with an app.

While the service would essentially be free to users and PSAPs, RapidSOS's plan is to charge car manufacturers and alarm companies that would be able to provide precise location information in the event of an emergency.

The end result is that a far more accurate version of this important public safety requirement could be implemented in a fraction of the six-year span outlined in the current requirements. Of course, most PSAPs have no means of receiving texts, a potentially vitally important mode for individuals in dangerous situations in which they need to remain silent.

This is just one more example of consumer technologies leading the way, and how the timeframes are changing for the adoption of these technologies.