Inside our new Reality: Musings from a Zoom Virtual Event

Company showcases an impressive unified offer that utilizes a single application on a single framework. 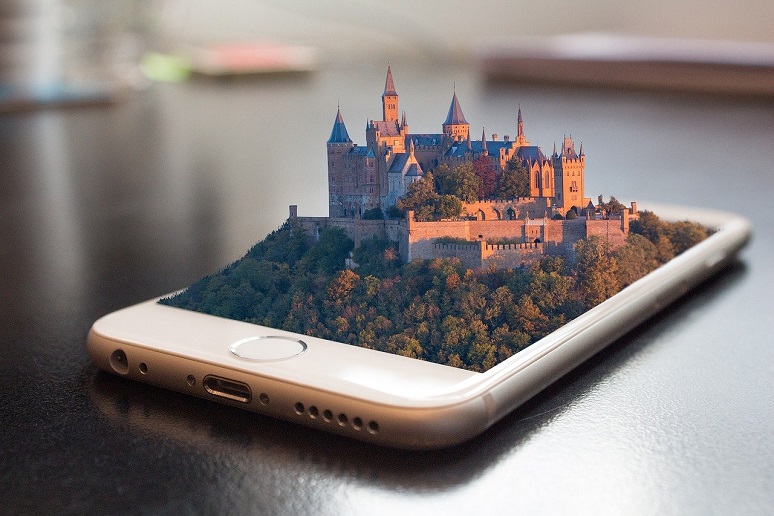 Image: FunkyFocus - pixabay.com
Zoom had planned its first analyst event to occur in early March. It was to be a two-day event in San Jose, Calif., near the company’s headquarters. On Friday, Feb. 28, I heard from Zoom that the event was still on, but things changed that weekend – the coronavirus (COVID-19) arrived in the U.S. Santa Clara County – where San Jose is, confirmed its fourth case.
Zoom determined it was prudent to cancel the event that it presumably had spent the past few months planning – given the circumstances. Concerns over the coronavirus rapidly escalated, and we’ve seen many more events cancelled or postponed since then. Zoom only had a few days to adjust and adapt to the event - virtually.
It’s a Briefing and a Demo All-in-one
Pivoting to a virtual event had the benefit of demonstrating Zoom Meetings. Most industry analysts who cover enterprise communications don’t formally evaluate covered products. We use our preferred tools or the tools our companies provide us. We form opinions through feature and architecture inquiries, interviews with customers and partners, review performance and sales data, and other sources.
In hosting this seven-hour virtual meeting, Zoom showed firsthand the ease with which its technology could be used for such events. Each presenter joined the conference with seamless control over their content, and the host was able to mute microphones to ensure no noisy disruptions. The event also gave me the opportunity to get to know Zoom Meetings even better than I already did -- taking the time to have some fun with virtual backgrounds and learning how to customize and resize my displayed content, as well as participate in a poll.
Adaptable and Agile
Few providers could adapt from an in-person to virtual event that quickly. The last-minute pivot drove home the recurring agility theme we’ve seen from Zoom. For example, the company has released an impressive range of enhancements (features and geographic expansion) for its UCaaS offering, Zoom Phone, launched early last year. As of this month, the service is available in 18 countries, and according to the roadmap shared, there’s no plan to slow down.
Before, during, and after the virtual event, Zoom conducted communications through Zoom Chat – an intuitive team chat application that offers team messaging, file transfer, and end-to-end encryption (with support for advanced key management). Unlike Microsoft Teams or Slack, there’s no need to involve IT or set up guest accounts to engage with colleagues across companies. Without IT or a required paid plan, my list of reachable colleagues on Zoom Chat is rapidly growing.
Zoom is sometimes mistakenly still described as a video company, but its portfolio includes UCaaS (Zoom Phone), messaging (Zoom Chat), and webinars (Zoom Webinar). The company also has dipped its toes into room system hardware with an investment in Neat.no. This nine-year-old company has developed an impressive unified offer that utilizes a single application on a single framework. It has a growing ecosystem fueled by APIs, SDKs, and its own marketplace.
Zoom Happy
A handful of other providers have also unified their communications services, but none possess Zoom’s momentum. Zoom’s popularity is at least partially attributable to its focus on customer happiness. “Meet Happy” is more than a tagline. Its freemium model only works when users upgrade to paid plans, and that requires happy users. We often hear about simplicity or intuitive design, but happiness captures those concepts more succinctly. Happiness is so obvious, yet it and freemium services are rare concepts in business services.
Zoom’s mobile app consistently rates as one of the top apps in mobile appstore downloads above most competitors and even higher than popular apps like Netflix. It’s ranked as the number one business app on AppFollow (other rankings include Microsoft Teams #3, Google Hangouts Meet #8, and Slack #9). Zoom shared that its Net Promoter Score is consistently above 70. It has received numerous accolades from the analyst community, users on Gartner’s Peer Insights, and from popular review sites such as G2.
The company skyrocketed from obscurity to stardom in just a few years, and many wonder if it can sustain its growth. It seems so. Zoom has a clear vision, a broad and logical roadmap, and near-term plans to significantly expand its global reach. Last week, Zoom announced a new Global Channel Partner program that could accelerate its growth – expanding into contact center services via partnerships with market leaders such as Five9, Talkdesk, and inContact.
Although Zoom does have challenges, its video solution has appealed to a line of business users that adopt Zoom to solve personal or departmental needs. Zoom Phone, however, is aimed at IT decision-makers, which represent a different sales motion that is likely driving its channel expansion efforts.
Zoom also relies on third parties to provide its hardware, which means it has less control over the user experience than built-for-purpose alternatives. This likely drove Zoom to invest in Neat, but that could also stress relationships with other hardware partners. Also, Zoom’s agility and speed are impressive but have recently caused vulnerabilities. As concerns over security and privacy increase, Zoom may need to slow down its pace of innovation.
Zoom will likely benefit from COVID-19, and likely more so than competitive meetings and work-from-home providers. Why? Because Zoom is viral – pun intended. Zoom has strong and positive brand awareness, a freemium offer, and its solutions facilitate distributed work across modalities, locations, and companies.
Dave Michels is a Contributing Editor and Analyst at TalkingPointz.