Between the pandemic, chip shortage, and shipping crisis, vendors and IT leaders must keep communicating about their needs — and be patient. 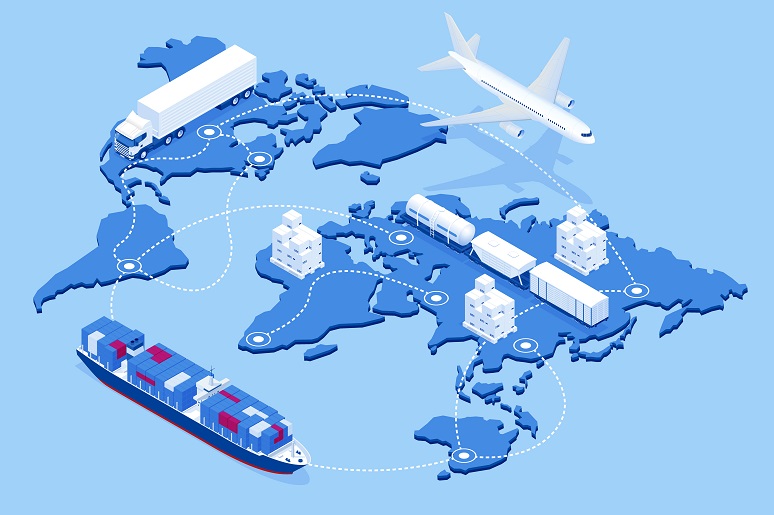 Image: Golden Sikorka - stock.adobe.com
Here on No Jitter I’ve previously written about my experience implementing Google Voice at a large, Fortune 500 company. As I noted, Poly is one of Google Cloud’s partners for enterprises needing physical phones, as is the case for my organization. Little did I anticipate global semiconductor and shipping crises impacting delivery of phones just as the pandemic shutdown begins to ease and people start returning to the office.
Global Perspective
This year’s global semiconductor shortage has hit the automotive and graphics card industries the hardest, but the ripple effect is far and wide. Manufacturers across 169 industries are affected, with impact on products such as phones, household appliances, televisions, laptops, tablets, and many others, according to Goldman Sachs.
The chip shortage began with the auto industry, as carmakers underestimated 2020 sales forecasts. But it grew as consumers, sheltering in place, used their time to upgrade their home computers, thus giving that industry an unexpected uptick in demand (that sector experienced a 20.6% growth by Q4, according to Gartner.) With more consumers at home all the time — and with those new computers — many companies noticed higher demands on their data centers. With gaming, streaming, and shopping propelling enormous traffic increases, many providers found themselves needing to upgrade infrastructure. Carriers, too, were severely stress-tested and forced to upgrade equipment to meet demands. Adding to the already stressed semiconductor demand, in November 2020 Sony released its latest game console, Playstation 5, and Microsoft released Xbox Series X.
The chip shortage is affecting some commodities, too. The price of lumber is up over 200% despite the fact that manufacturing is at a 13-year high, and The Coca-Cola Company recently announced that it will likely need to pass the price increase in commodities such as aluminum onto consumers in 2022, Fortune reported.
Market watchers expect the semiconductor shortages are expected to last for at least another year, and some believe the effects will be felt even longer throughout many industries.
Beyond the semiconductor backlog issues, other supply-chain issues are pressuring the logistics industry. For example, with much long-haul trucking sidelined during the pandemic, drivers retired in unanticipated numbers. At the same time, trans-oceanic shipping to North America is 23% higher than normal, according to shipping service Hillebrand. So now that the freight industry is moving again, we have a shortage of certified long-haul drivers and a backlog of goods waiting to be shipped from large ports, such as Los Angeles.
Of course, I have to mention the now-infamous Ever Given container ship, stranded in the Suez Canal for six days in March and blocking more than 400 ships in one of the world’s busiest waterways. Once freed, clearing the backlog of ships took another week. The canal, which connects the Mediterranean to the Red Sea and is the shortest distance between Asia and Europe, supports 12% of global trade, according to media outlet DW Akademie.
Now shipping containers loom as another concern. China has resumed exports, but the rest of the world is dealing with reduced workforce and restrictions. As such, without the staffing or availability of ships to return them on, containers are piling up in the U.S. In addition, border security and customs slowed their processes. Today, for every 100 shipping containers received from Asia, only 40 are returned. The rest are piled up in cargo ports. Now shipping empty containers back to China is a new and budding business. “Three in four containers are going back to Asia empty compared to the normal 50% rate,” stated Gene Seroka, executive director of the Port of Los Angeles, in an interview with Financial Post. The trade imbalance is so great and shipping timetables so stringent that it is more profitable to return empty containers than to take the time to fill them with U.S. agriculture products for return.
Economists provide vague responses to the popular question: “When will things return to normal?” How can they know, when we’ve not seen an event of this magnitude in modern times cause such a global chain reaction? In reality, we are still connecting the dots before we can even record it in the history books.
Hitting Home
To help vendors cope with the crises, it’s important for enterprise IT buyers to communicate their needs as soon as possible. This will allow vendors to better gauge demand through year-end. In my case, knowing that my Google Voice project will go well into next year and despite my existing backorder, I’ve placed an order for hundreds of additional phones. This will help Poly plan customer demand this year and hopefully it will help me to preclude future delays.
The bottom line is that IT leaders need to understand the situation’s economics — both at a macro and micro level. Long-term planning and patience are a must and a high level of communication and understanding are paramount to helping our business leaders navigate these uncharted waters.

Editor's note: This article has been edited from its original publication.