Not Your Grandfather's Video Conferencing Industry Anymore: Page 2 of 2

Multiple factors have converged to drive adoption while also shifting the revenue opportunity.

A Quick Look at Some Available Data

At Recon Research, our database includes 18 vendors that supply group video systems, five suppliers of video infrastructure gear, and 10 specialized video conferencing service providers, many of whose services are resold by numerous channel partners and integrators. In addition, as mentioned above, numerous UCaaS vendors provide video conferencing as a feature of their basic service. Of these 33 or so vendors, only four provide publicly available data, and only one provides us with data -- and then only under a non-disclosure agreement. So we don't claim that the following is representative of the overall market, but the four vendors are no doubt among the most significant. 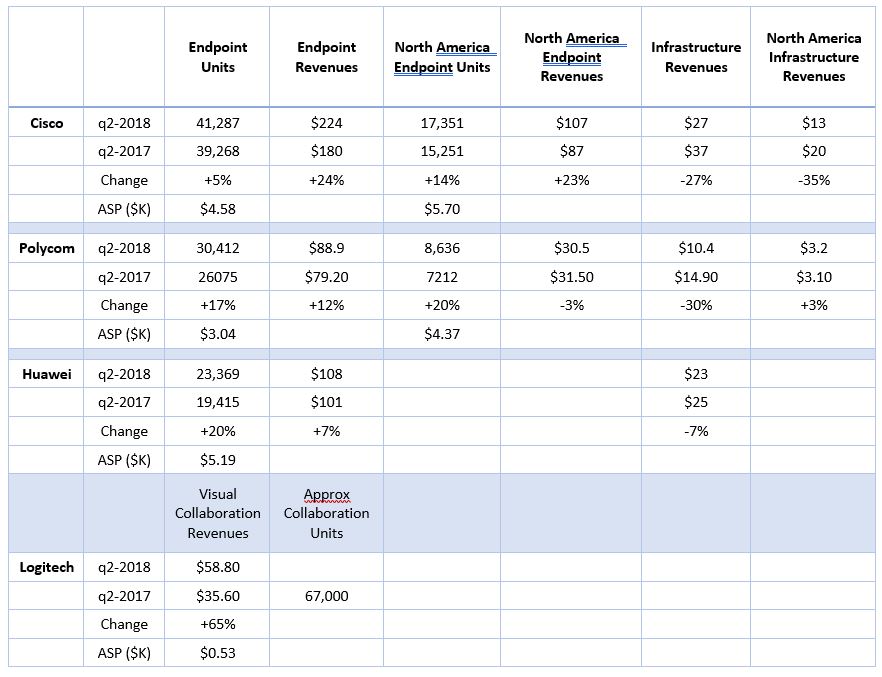 Visual communications is exploding; the market is shifting from room- to personal-focused, but at the same time the market for room systems isn't going away any time soon as companies deploy more collaboration-enabled small meeting rooms. Based on data from Logitech and anecdotal data from others, the market for audio-video communications peripherals is exploding. The infrastructure market, on the other hand, has shifted from hardware to software and from CPE to services of various types, leading to an overall decline in reported revenues but huge increases in the number of users.

The bottom line: putting a specific number on the size of today's video conferencing market is an exercise in futility.

Andrew W. Davis is a contributing analyst with Recon Research, and an amateur historian focusing on the video conferencing industry from 1945 to the present day.

Justifying Workspace Applications: Time to Up the Game

Communication technology vendors and their value-adding partners must take the lead in defining business justifications for their collaboration and workspace applications.