The Next UC Storm Is Brewing

As UC vendors consider how to achieve competitive advantage while enterprises become increasingly collaborative, watch for market turbulence ahead.

Enterprise voice communications experienced a long period of stability up until about 15 years ago and the turn of the century, with top vendors enjoying long-term, sustainable advantages via widely used products and well-defined channels. Look at today's UC landscape and you'll see a far different picture.

UC vendors no longer have a monopoly on enterprise communications; they face competition from companies in multiple industries that promise increased productivity via online collaboration. Barriers such as manufacturing and distribution experience that once kept competitors away are disappearing. In some cases this know-how, expertise, and installed base are becoming anchors. New solutions that offer tremendous value are regularly appearing via direct Internet-delivered models. 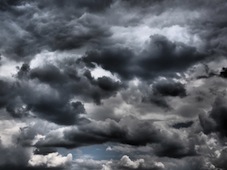 In 2008, Gartner identified six "Leaders" in its annual UC Magic Quadrant report: Microsoft, Nortel, Alcatel-Lucent, IBM, Cisco, and Siemens Enterprise. In the 2014 edition, only Microsoft and Cisco remained on that list. That's a 67% turnover in in just seven years.

Enterprise organizations get excited and want new technologies, and their needs and demands fluctuate rapidly. It started with VoIP, when the once-dedicated networks, servers, and endpoints suddenly became shared resources. Organizations even started building their own PBX systems with open-source solutions such as Asterisk. At first VoIP was about the endpoints, but then SIP enabled IP trunking, too. Smartphones and Wi-Fi changed customer expectations regarding mobility, as is the case now with video and its march to pervasiveness.

The vendor landscape has been equally dynamic. In the early days, new competitors like Cisco and ShoreTel demonstrated that experience with digital communications was not a prerequisite for success in VoIP. Then voice expanded to UC and brought Microsoft with it. Nortel got carved up by Avaya and Genband. New companies like 8x8 sprang up and demonstrated that UC could be acquired and implemented as a (cloud) service using mouse clicks instead of indirect channels. And UC vendors got acquisitive, too -- Aastra acquired Ericsson's PBX business, for example, and then Mitel bought Aastra.

Currently the industry is taking a short breather. The disparities between solutions are decreasing, but only temporarily. What have been key product differentiators -- smartphone clients, HD audio, and integrations with popular services such as Salesforce.com -- are now common among the offerings. The UC stack is maturing, if not commoditizing as some industry watchers suggest. But this is just the calm before the storm.

The next storm is coming, and it well be less about core UC and more about adjacent forms of collaboration, go-to-market strategies for products and services, innovation, and other factors that create a pipeline of new competitive advantages. This sort of strategy involves the concept of "transient advantage," as Rita Gunter McGrath, a professor at Columbia Business School, described in a 2013 Harvard Business Review article. "To stay ahead, companies need to constantly start new strategic initiatives, building and exploiting many transient competitive advantages at once," she wrote.

To determine if competitiveness is currently at risk, McGrath suggested vendors ponder the following questions:

Acknowledging four or more of these is a clear warning of imminent competitive erosion, McGrath wrote. I believe many UC vendors will meet that minimum. That's why the industry appears poised for broad expansion beyond UC. In this next phase, the offers will become much more difficult to compare as the value propositions become increasingly dissimilar. This explains why the industry is seeing so many unusual acquisitions lately. Historically, most acquisitions have been among UC competitors and partners, largely describable as various forms of "expand and grab" or consolidation plays. However, recent acquisitions involve entirely separate or, at best, adjacent markets. Here I'm thinking about acquisitions such as Mitel's purchase of Mavenir, Cisco's Tropo deal, and RingCentral's Glip buy.

With the changes ahead, another set of winners and losers will emerge, and some of those winners are companies we haven't heard of yet. This turbulence will be tough on some of the vendors, as enterprise users realize totally new ways to work and communicate. The fact is that we are more connected (and distributed) than ever before, and the opportunities are significant.

Attitudes are changing rapidly. Voice-centric communications gave way to email and are now shifting to IM/chat-type solutions. The terms "office," "meetings," and "travel" increasingly carry negative connotations. Cloud is becoming the preferred model, and both hard phones and desktop PCs are giving way to mobile platforms as preferred devices.

UC vendors are reconsidering not only the value propositions of their products and services, but also their go-to-market strategies -- including time-tested models. The roles of channel partners are shifting toward services and integration and vendor marketing is shifting toward online discovery. This next era will be more about fixing pain points than new modalities. This includes more than meetings, but addresses issues like finding people and content, synchronization between devices, and seamless security.

Along the way, hopefully the vendors and providers will take advantage of the tremendous opportunity to move from "good enough" to excellent.