My Machine Will Call Your Machine?

Here's a question for you: What happens to unified communications or collaboration in an Internet of Things (IoT) world? It's hard to postulate IoT benefits, or even impacts, if you don't presume that somehow "things" are doing their thing, meaning acting autonomously without human intervention. If that's the case, is IoT going to displace human communications?

In a sense, IoT is a strategy for extending the notion of autonomous systems -- meaning, software-driven systems that can receive conditions or condition events and generate appropriate responses without human intervention. IoT doesn't invent autonomy as much as extend it, so if you can make more conditions and condition changes visible, then you can make more subject to automatic response. Self-driving cars are an example.

If you pull human decision-making out of a process, you obviously reduce the need for human communication in relation to that process. Almost as obvious is that reducing the number of things humans have to do lessens the need for human collaboration. What kind of career path would "self-driving car operator" be, and would backseat driving be meaningful in a self-driving vehicle? 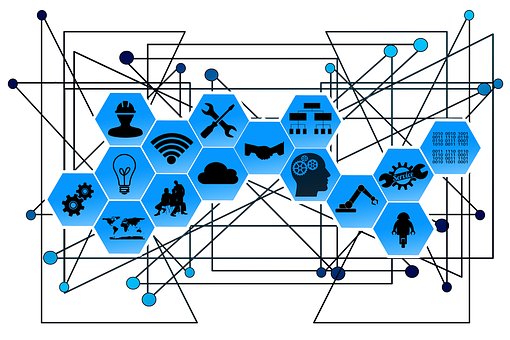 One interesting fact that emerged from the many surveys on business communications I've conducted over the years is that the great majority of business communications involves only two parties who were most often linked because of the need to get decision support in some form. Autonomous systems, to the extent they make decisions on their own, would therefore reduce the need for humans in decision support.

The obvious question is just how many decisions could be made autonomously. We've already taken a lot of steps in areas like factory automation, ordering parts, installing things, diagnosing things. Over the course of 20 years, my surveys have detected a shift in human communications behavior related to these areas. Twenty years ago, adding 10% to the worker population tended to increase communications by about 11%. Today, adding 10% only creates an 8% increase in communications.

That 8%, however, has been fairly consistent over the last decade, and this suggests that simple automation isn't reducing communications any longer. We've picked all the low-hanging apples. Interestingly, you could argue that we're already trying to reduce human communications further by extending our apple reach. "What do I tell ABC Corp. to convince it to buy our product rather than a competitor's?" is a question many would say big data and analytics might answer.

How they answer the question is instructive. If you had a database containing a history of sales techniques and their results on buyer behavior, you could use it to pick a historically optimum approach to a sale. If the database had enough information on the sales situation to be able to account for things like a competitor's account control, a specific buyer's historical resistance to change, and other factors that salespeople and sales managers talk about when planning a strategy, analytics might give a better response. Certainly it could give a range of options to reduce the length of a discussion.

That's where IoT comes in, and at the same time where IoT faces challenges. IoT's deployment would presumably allow companies to gather a lot of information, or at least a lot of information about measurable conditions. That information, fed into analytics and event correlation tools, could expand the scope of autonomous behavior and reduce the need for human communications. However, two things seem to be needed to maximize the impact. One is ubiquity in sensor deployment, and the other is correlations between conditions, actions, and outcomes. IoT can't deliver the first of these things quickly, and it may never be able to deliver the second.

We have billions of sensors in the world today; we don't need new technology, costs, or privacy risks to deploy them. The problem is getting them to contribute to a glorious whole, and do so without creating the classic compromises. If you have motion sensors outside your home, you might consider adding the information they gather to a community-wide network. Would you do the same with interior sensors? Probably not. With IoT we need an initiative to address how we could take advantage of all the stuff that we've already deployed.

To make IoT systems displace human collaboration, we need complicated IoT missions. We already have home security systems that call the police without human intervention. The key ingredient in IoT-driven autonomy is the feedback between conditions, actions, and outcomes. Sensors don't provide that; we need either direct experiences from autonomous systems, or an inputting of the actions taken and the outcomes experienced from manual responses to sensor data.

The reality is that we have all manner of technology initiatives aimed at taking human costs out of business processes. Analytics and IoT are just examples. To the extent that we accept the cost-management and efficiency goals of future technology innovations, we have to accept a reduction in human participation -- and in turn, in the need for humans to communicate and collaborate. "Machine collaboration" could replace the human version, and what that might look like will be the topic for my next blog.

Learn more about IoT and Unified Communications & Collaboration at Enterprise Connect 2018, March 12 to 15, in Orlando, Fla. Register now using the code NOJITTER to save an additional $200 off the Advance Rate or get a free Expo Plus pass.