Fear of Wireless: Emotions Getting the Better of Us

Rational or not, concerns over exposure to radio waves are rising again with 5G’s advent, and this could impact enterprise mobility initiatives. 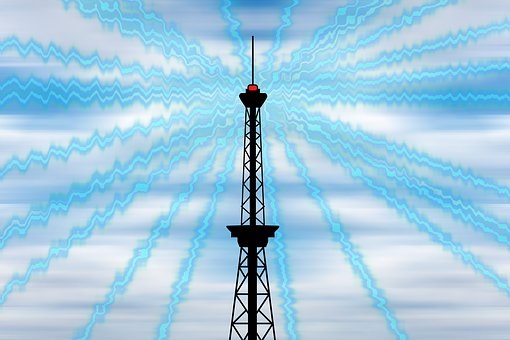 Long ago, I learned that if you’re involved in an argument that pits logic against emotion, the argument is over before it begins: Emotion wins. Think about the anti-vaxers, who continue to believe in a link between the measles vaccine and autism, despite all evidence to the contrary. I see a parallel example in the persistent concern about exposure to radio frequency (RF) signals.
RF-phobia has deep roots… and an unfortunate association with some real hazards.
Worry Warranted, or Not?
Radio waves are effectively electromagnetic radiation, a type of radiation characterized by frequency. Technically, radio waves occupy the band between 30 KHz and 300 GHz (or 30,000 to 300 billion hertz), but the electromagnetic spectrum goes beyond that to encompass infrared light, visible light (i.e., 430 to 770 terahertz), and beyond. Traditional cellular networks have operated at frequencies below 3 GHz, and 5G will introduce millimeter waves operating at frequencies up to around 30 GHz.
The human body absorbs radio energy at those frequencies and this radio energy can cause heating in human tissue. We use a metric called specific absorption rate, expressed in watts per kilogram of body weight, to measure the absorbed dose of that energy.
The Federal Communications Commission sets the maximum emission for any device, and the assumption is that lower-frequency waves are benign. However, moving higher in the spectrum, beyond the range of visible light, electromagnetic radiation can cause ionization -- now that’s bad. Ionizing means you’re knocking electrons free from atoms or molecules. Changing the atomic structure of a thing means changing what it is. In addition, that ionizing radiation can break chemical bonds in DNA, leading to cancer.
However, the radio waves we use in Wi-Fi, cell phones, 5G, and other wireless applications are well down in the “non-ionizing” range, which means they don’t produce an ionization effect. Knowing that we’re dealing with non-ionizing radiation should put our minds to rest, but not if you’re someone who likes to worry.
I’m not a worrier. My wife likes to worry, so I leave the household worrying responsibilities to her. Me, I take a big-picture view. The way I look at it, as humans we’ve been exposed to electromagnetic radiation at a wide range of frequencies and power levels in the natural environment throughout history. We’ve also been exposed to human-generated RF emissions for the past century. In the last 30 years, billions of people have been using personal cellular radio devices in close proximity to their bodies. If non-ionizing radiation were a major health hazard, people would be dropping dead left and right.
The National Cancer Institute (NCI) seems to agree. “Most published analyses … have shown no statistically significant increases in brain or other central nervous system cancers related to higher amounts of cell phone use,” the organization shares on its website. While that should put most reasonable minds to rest on the matter, the NCI goes on to say, “One analysis showed a statistically significant, although modest, increase in the risk of glioma among the small proportion of study participants who spent the most total time on cell phone calls.”
Oh boy. The reality is that for their own protection, scientists are never going to say “never” on an issue like this. Unfortunately, that leaves a wide-open opportunity for people who enjoy worrying to continue their favorite pastime.
Worriers can cite 30 years’ worth of studies that find you can generate all manner of “peculiarities” by bombarding human tissues with levels of RF energy almost no one will ever experience. Google the phrase “cell phone effects on health” and you’ll get something like 347 million results.
If a “real” health concern regarding wireless should emerge, we in the wireless field would need to know about it, so I’ve looked into virtually every report or study published on potential health effects from cell phones for the last 30 years. These three statements summarize the conclusions from each of these studies:
Click below to continue to Page 2