The mobile field is rife with meaningful examples of business process automation. Can Microsoft be a factor? 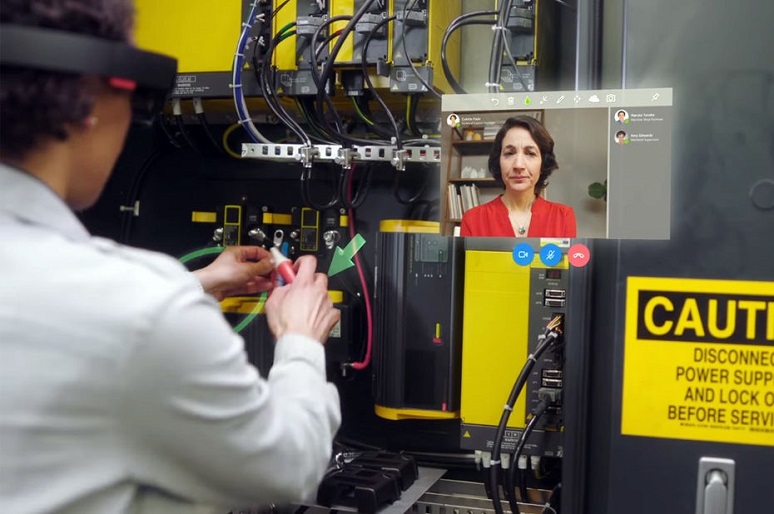 Microsoft
One of the greatest put-downs in tech history was recounted in Tracy Kidder’s 1981 classic tale, “The Soul of a New Machine.” The book tracks industry upstart Data General’s development of the first 16-bit minicomputer designed to compete with the Digital Equipment Corp. (DEC) PDP-11. Along the way, IBM, which had long downplayed the role of minicomputers, entered the fray with its Series/1 mini. In response, Data General’s marketing group designed a two-page newspaper ad (which never actually ran) proclaiming: “They Say IBM’s Entry Into Minicomputers Will Legitimize The Market. The Bastards Say, Welcome.”
While DEC and Data General have long since disappeared, that unused marketing line is what came to me when I listened to Lori Wright, GM of Microsoft 365, introduce Microsoft’s “firstline workers” initiative during her keynote address at Enterprise Connect 2019 back in March. While it’s nice that Microsoft has discovered that a significant population of workers don’t work in offices developing documents and spreadsheets, it doesn’t really mean that the company has anything to sell that segment.
Microsoft’s own video promoting its firstline worker initiative more than illustrates that. To me, it really shows Microsoft’s seeming naivete about what’s been going on in the way of meaningful business process automation — comparable, say, to Columbus’s discovery of a “new world.” In the mobile field, we’ve been delivering these types of solutions for decades, and this already rich field continues to develop.
What Microsoft Must Do to Become a Factor
The entry of a potential competitor of the size and capabilities of Microsoft is always a development that demands attention. Yet Microsoft has a mixed track record when it comes to being a market disruptor. In terms of upsetting the enterprise communications market, Microsoft is one for one.
Microsoft hit a home run with the Lync UC&C platform (now Skype for Business). While Microsoft (eventually) realized it had essentially no expertise in business voice communications, it learned what was important, and successfully incorporated a completely separate and obviously complementary new function onto what was already a highly successful platform. It then managed to maintain that in transitioning the company’s entire business model from selling software to providing a full line of cloud-based information and communication and collaboration services.
One of the key ingredients in Lync’s success is the partner ecosystem, with Microsoft able to flesh out missing pieces of its core offering through partners. Most importantly, Microsoft didn’t go out and develop those elements or buy companies that made them. Rather, it developed a process to evaluate and chose partners. It may very well need to replicate this strategy if it wants to succeed at disrupting the firstline market.
Microsoft is primarily a supplier for people who perform loosely structured work tasks on PCs while sitting at desks. It’s not surprising that Microsoft wouldn’t have much of a grip on how any of this “production” stuff works — or, more importantly, how the customers who use these types of systems evaluate and buy them. Very little of this stuff is bought through IT.
Here are several fronts on which Microsoft will have to improve:
Conclusion
What we’ve seen from Microsoft on its firstline initiative thus far looks like the output from an internal marketing brainstorming session that was mistakenly leaked to the public. While the types of solutions required by firstline workers currently reside outside of Microsoft’s “comfort zone,” the company has the scale and resources to move in almost any direction it sees fit. However, building a business in this area take an effort on the scale of the Lync initiative.
Fortunately, many of the components required (e.g., hardened endpoints, reliable wireless networks, efficient data capture solutions, etc.) continue to drop in price and the wireless carriers are promising a wider variety of low-cost network services (e.g., Cat M1, NB-IoT, etc.) for low-duty applications. In short, the tools are getting cheaper and that puts these solutions within reach of a wider range of organizations. And there is no doubt these types of solutions have saved companies billions.