Mobile-First: The Next Phase

Enterprise communications decision-makers need to understand what's coming with the next generation of mobility improvements.

We posted two pieces on No Jitter last week that have got me thinking about what might be the biggest challenge to enterprise communications decision-makers: mobility.

In his post, mobility consultant and industry analyst Michael Finneran discusses Microsoft's attempts to catch up to Apple when it comes to providing a more seamless experience for mobile users of its software. Michael has written and talked repeatedly about how enterprise-focused unified communications vendors have largely missed out on the mobile revolution; their insistence on attempting to "own" the end user has been a non-starter in the mobile world, where Android and iOS versions of the enterprise UC clients have failed to gain traction. Some of these vendors, like Cisco with Spark and Unify with Circuit, seem to have recognized that mobile-first, collaboration-focused apps may offer a better opportunity to break through on these platforms -- but we've yet to see how these are received in the market.

The other No Jitter post that's got me thinking is consultant Tom Brannen's piece on the future rollouts of HD voice in cellular networks. Tom predicts that once cellular audio quality is not as horrible as it is now, the main reason for maintaining a landline phone in the office will disappear. I have to say this really resonated with me; the primary reason I still use my desk phone is because the sound quality is better than my cell phone. Take away that advantage, and a desk phone has a lot less appeal. 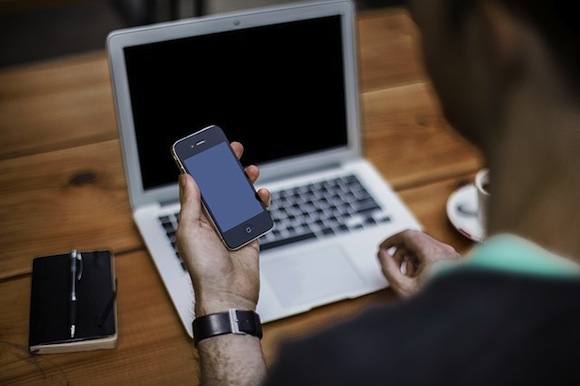 Which is why I say that mobility represents the biggest challenge to enterprise communications decision-makers: So much of it is completely out of your hands. It relies instead on how well or poorly the various vendors and carriers deliver on the promise of improvements to the mobile experience -- and those working in the mobile world, as Michael points out, don't use enterprise UC as a frame of reference when they design their user experiences: They unify their capabilities because it makes sense, because everyday users want it, and because they can. "UC" as an industry is left out of the discussion.

That's not news: BYOD itself began as a movement by end users to use a communications tool that they found more effective than anything the IT/communications shop could put into their hands. And that was at a time when mobility had serious flaws, like poor quality and coverage. If mobile devices overcome these usability issues, the final barriers to ubiquitous use are more likely to fall.

The story of mobility in the enterprise over the last five to seven years has been the story of enterprise decision-makers being left out of the conversation, for the most part. That's where the challenge comes in: How do you even become relevant in the first place?

One hopeful sign is that you stand a better chance of not being taken by surprise by the next generation of mobility improvements. A lot of the recent coverage of the new book, Losing the Signal: The Spectacular Rise and fall of BlackBerry, has focused on how nonchalant and unconcerned BlackBerry executives seemed to be when confronted with the iPhone's rollout. They weren't the only ones; I don't think anyone predicted the iPhone would prove as revolutionary as it did, or that its impact would be felt in the enterprise as quickly as occurred.

Now we know to be ready for the next generation. HD voice, if it really does come to pass on voice over LTE and 5G systems, will be only one of the attractions causing users to prefer mobile; ever-improving location-based services, augmented reality, and other capabilities inherent to mobile devices are likely to make them even more appealing as not just a first choice, but an exclusive choice for end users. An enterprise strategy that accepts this and is geared toward enabling it may be the best way to keep some measure of control over the situation.