Whether analyzed on the cost of acquiring seats or other factors, deal makes sense for company gunning for cloud UC leadership position.

The business communications market is in transition... everyone knows that. Multiple forces are at work: voice over IP, UC, collaboration, cloud, and the decreasing regional barriers to system use. As a result, business communications has over the years been moving from a highly fractured regional market to a more defined set of global competitors.

Consolidation is an inevitable byproduct of market change like this. As the ability to differentiate through a range of distinct capabilities like geography go away, scale and innovation velocity become critical. In the absence of other market partitioning factors, typical markets will only support three successful players. 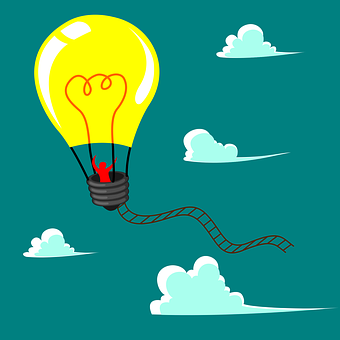 Further complicating the market is the dominance of Cisco and Microsoft, each of which is competing from a powerful, near monopolistic adjacency. Cisco entered the VoIP PBX market from a position of market strength in enterprise data networking (even stronger back in the late 2000s). Microsoft is attacking the UC market from of its dominant position in personal productivity software (the Office Suite). The competition has hurt: Nortel disassembled after going into bankruptcy in 2009, and Avaya, which had picked up some of the pieces, is now mired in its own bankruptcy.

If scale is critical, what's the best path for growth? Cloud companies like RingCentral and 8x8 appear to be spending upwards of $150 per seat to acquire new customers. This we can gather by looking at their reported Selling, General and Administrative Expenses, which show that sales and marketing spending consume more than 50% of revenue. In this light, is the Mitel strategy of consolidating existing players the right one, especially in light of the anticipated movement to cloud?

Mitel this month closed on its low-cost acquisition of the Toshiba North American telephony seats -- a no-cash deal involving the transfer of "certain assets and support obligations." But, the Shoretel deal announced last week isn't going to be low cost (see related No Jitter posts, "Mitel Lands ShoreTel, Amps Up Cloud Story" and "Perfect Timing for Mitel, ShoreTel Merger," and tune in to the No Jitter On Air episode, "UCaaS Consolidation: Mulling Over Mitel's ShoreTel Buy").

While the data is not readily available, based on my analysis of the current installed base by vendor, Shoretel appears to have somewhere in the range of five to seven million seats installed. We can analyze the cost per acquired subscription seat if we use a premises installed base of six million, along with 600,000 current cloud subscriptions. The estimate of existing ShoreTel cloud subscription seats is based on $240 million of recurring revenue and an estimated average annual revenue of $400 per seat. With this data, we can estimate about 600,000 current cloud subscriptions. This we can then use this data to determine the price per seat Mitel is spending on acquiring customers compared to the $150 or so per acquired seat of the cloud pure-plays.

If Mitel is successful in transitioning 40% of the current ShoreTel installed base to the cloud over an extended period, the total cloud seats this deal will generate is about three million (2.4 million of the six million premises seats and the current 600,000 cloud seats. With an all-cash purchase price of $430 million, that works out to about $143 per seat.

However, transitioning the ShoreTel base to cloud is not the only accretive factor in the deal, so using only half the acquisition cost would provide a reasonable analysis of the transaction in terms of cloud seats acquired. In other words, if the ongoing premises operations, including new sales and upgrades/support for the premises installed base would justify a $215 million purchase price without the cloud, the cloud migration opportunity only needs to be analyzed on $230 million cost basis. This would reduce the acquisition cost per cloud seat to $71. If the accretive value of the ongoing premises revenue stream is greater, then this cost-per-acquired cloud seat may be even lower. This is clearly an advantage versus the cloud-only providers.

The key factor in this analysis is the 40% transition rate as well as the number of installed seats. But, if the estimates above are close, the cost for Mitel to acquire a cloud seat through the consolidation of existing vendor bases may be a much lower cost to cloud volume than the cloud-only vendors spend through an open market acquisition process. If this is true, Mitel CEO Rich McBee and CFO Steve Spooner may have an excellent formula for building success in the coming cloud world. By bringing the installed base seats of smaller players into an integrated solution with a compelling cloud transition model, Mitel seems to be moving in a way that is both financially prudent as well as capable of enabling it to scale quickly.

Regardless of how you analyze it, the Shoretel acquisition brings a range of good capabilities and value for Mitel, including an ongoing revenue stream and a base to be monetized and transitioned. It also includes both new traditional VAR channels as well as a well-structured agent model, which is being used more often in the UCaaS space, especially in the SMB and midmarket.

The key challenges for Mitel now are to deliver an overlay set of collaboration and value-added solutions that it can sell into all the consolidated telephony installed bases within the Mitel portfolio, and to develop highly effective migration offers to move the installed base to a Mitel cloud. Clearly, rationalizing the cloud offers into a defined roadmap is another critical item for the market.

CEO McBee is pursuing an acquisition-based strategy to grow into the number three player in the coming cloud communications market. Recent moves show he has both the tenacity, as well as the investment backing of the board and shareholders, to continue delivering on that strategy -- and as each acquisition plays out, Mitel is getting better at this. The company's CloudLink strategy, for enabling delivery of common cloud value-add capabilities across the range of platforms in its portfolio, will be critical to extending the life of the installed base, monetizing the premises base, and providing a smooth migration from hybrid to a total cloud solution (see related No Jitter post, "CloudLink: Mitel's On-Ramp to Cloud and IoT").