Migrating the Overload From Email to Team Space

Major vendors are promoting applications based around the concept of teamwork and collaborative communications, including Atos/Unify's Circuit, Cisco's Spark, and even the Microsoft's trio -- Office 365 Groups, Yammer, and Team Site.

Collaborative team spaces, these vendors typically say, are the answer to email overload. The argument is that you can eliminate a lot of email by simply creating a persistent room (in the case of Cisco Spark) or persistent conversation (in the case of Unify Circuit), give that space a descriptive name, and then put all the stuff associated with a particular topic in the team space: messages, files, communications attempts, and so forth. By consolidating these bits of collaborative data into a single defined team space, as opposed to long email threads -- often with attachments -- or maybe lots of emails, it will be easier for a person interested in that particular topic to keep up to speed. 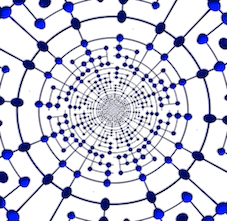 Maybe this is true... maybe not. I have to ask, from a philosophical point of view, "isn't this just migrating the problem of email overload to team space overload?"

Cool, And Then…
I ask my question based on a personal experience.

While working closely with a professional services organization a few years ago, I frequently heard complaints about email overload. One of the principals ultimately decided to roll out a well-known team space application to all employees. This app had great capabilities for making work among teams easier: persistence, messaging, the ability to tuck files into the team space, the ability to create new team spaces on the fly and give them descriptive names, etc. -- just the sort of things that one would expect from a good team space application.

Initially, everyone was delighted with this tool. With it, they could focus on their work and consolidate project messages, files, activities, and so forth into a single place.

However, over time -- and it was not a long time -- people created lots and lots of rooms. And, they posted lots and lots of messages and files to these rooms. Before long, people began to lose track of the rooms they were supposed to pay attention to and they forgot file locations. In fact, they began feeling team space overload. Team spaces contained so many messages and files, and there were so many named rooms, that working in a team space became a chore. Ultimately, some of the people moved back to using email for a lot of their communications, avoiding team spaces entirely, because they could find and organize stuff in their email repositories.

The lesson for me was twofold:

I applaud the efforts of the Cisco Spark team, the Unify Circuit team, and other groups sincerely trying to make communicating and collaborating better. I truly believe such tools have an important place in our working environments. I do not believe, however, that they will be a panacea for information overload.

Information Fidelity
For those considering a team space, I would make suggestion, prefaced by an allegory.

I used to run a manufacturing plant. Before installing any new piece of equipment in that plant, we would always consider how it would impact our people, processes, and adjacent technologies. We would carefully plan to maximize the business effectiveness by making sure employees were well trained on how to use the new technology as we intended. We also looked at the manufacturing process to make sure the new technology actually improved the process and helped us make more widgets, better or faster. Finally, we made sure the new equipment would interface to our other machines and processes and integrate well.

Deploying a team space should be done with similar planning. Just installing it without training people on how they should think about using it will likely cause operational problems down the road. Examining workflow and information flow in an organization is a business process, and you need to invest some thought into how this new team space is really going to make the information or collaborative processes produce the desired work products better or faster.

Finally, looking at how the team space integrates with other technology is critical. As an example, consider when someone puts files and other content into a team space. At first blush, that sounds awesome -- it's in the team space and everyone knows where it is. However, what happens when someone modifies that file? Where does the latest version really reside: in the team space or on someone's computer somewhere? It is going to be important to integrate the team space with some sort of shared file repository that supports versioning (Box, SharePoint, something) and establishes a "single source of truth" for each file. Then, sending the link to the file in the team space, rather than the file itself, will help maintain information fidelity, with the link always pointing to the latest version of the file.

Collaborative team space rollouts are likely to be the rage soon given their heavy promotion by Cisco and others in our industry. If you remember, when Cisco started huge marketing campaigns around telepresence video, the fortunes of all the video vendors rose. The same will likely happen with shared collaborative workspaces. For the end users of team spaces, understand that a team space by itself will probably not reduce information overload all that much -- it is likely to transfer some of the email overload to team space overload. However, if integrated properly into an organization's workflow with process design, training, and interoperability with other tools, team spaces can help streamline workflow and collaborative processes.

For more of my thoughts on collaborative team spaces, join me and my co-presenter, Phil Edholm, president of PKE Consulting, for our Enterprise Connect session, "Microsoft vs. Cisco: New Issues and Decision Factors." It's one of the topics on our agenda for this session, so don't miss out! And, elsewhere at Enterprise Connect, you'll find a shootout among team collaboration tools vendors and a panel discussion on whether mobile-first collaboration platforms are the salvation of mobile UC.

If you plan on attending Enterprise Connect 2016, coming March 7 to 10 in Orlando, Fla., but haven't yet signed up, you have three days to register and save $200 off the early bird rate -- deadline just extended. Register here by Friday, Feb. 19, using the code NJPOST to save an additional $200 off the early bird rate. This discount code, which is valid for Entire Event and Tue-Thu Conference passes, represents a total savings of $700 off the onsite price. As an added bonus, you can get even bigger savings when you register three or more attendees from your company.