Microsoft Cloud PBX Gains Traction As It Bids Us Adieu

Cloud PBX might lack call features common in other corporate telephony platforms, but that hasn't stopped large enterprises from embracing it.

The future of Microsoft UC might be Teams and the telephony functionality it's gradually building into it. But the Microsoft UC strategy's very recent past centered around Skype for Business Online and Cloud PBX, and this is what Office 365 customers have been deploying for the past year or so. So rather than expound on what Teams Phone System will be able to do later, let's instead focus on what businesses have been doing with Skype for Business Online Cloud PBX to date. 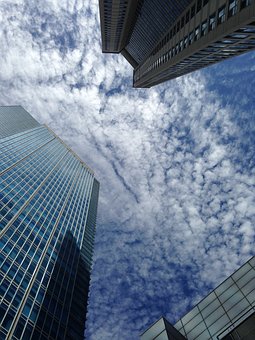 I don't know about you, but when Microsoft introduced Cloud PBX a couple years back I wasn't overly impressed. It seemed like a good starting point, but the anemic set of call features needed some major improvements before it'd be adequate for most businesses. My skepticism deepened when Microsoft said sales efforts would target enterprises, as opposed to SMBs. Feature-to-feature Cloud PBX just wasn't on par with other corporate telephony platforms and services on the market.

Frankly, it still isn't on par with them, and I've spoken with plenty of enterprises that have turned up their noses to Cloud PBX as a result. But plenty of other large enterprises have had no such reaction. Microsoft showcased a number of these last fall at Ignite, with CIO, systems architects, and consultants going into a respectable amount of detail about their deployments. Among them were:

However, the most details were about U.K.-based retailer Marks & Spencer, largely because it had an entire session dedicated to it. A retail powerhouse, Marks & Spencer has 85,000 employees and hundreds of stores in dozens of countries. Last year the company launched a digital transformation initiative, called "Smarter Working," that had Microsoft's cloud technologies -- Office 2016, Yammer, OneDrive for Business, Skype for Business Online -- as its cornerstone, as Microsoft program managers and Avanade consultants shared during the session.

The company previously had a mainly Mitel-based communications environment, along with some aging Nortel equipment. It's in the process of migrating some of this -- specifically, the systems and solutions providing communications to the U.K. headquarters -- to Cloud PBX (which I'll start calling Phone System now, since that's its new name). Having already deployed Office 365 and Skype for Business Online company-wide, M&S made a strategic decision to further leverage the latter for corporate telephony.

The adoption of Phone System came in separate phases, the first being to move all 7,000 office workers to Phone System and the next to transition the retail locations. The presenters didn't talk much about the latter, except to say that M&S wants to revolutionize communications in retail and that will take some more thought and planning.

But they did go into a bit of detail about phase one, which took about four months from start to finish and moved about 4,500 employees in U.K. offices to Phone System. Details include:

At Ignite, Avanade, the consultancy detailing the M&S deployment, said the company anticipates the remaining 2,500 employees to be on Phone System by the end of this year. Assuming the project is on track, all 7,000 office workers should be on Phone System now. Will they get the full set of call features the previous PBX could provide? Certainly not.

But is that an issue for M&S and other large enterprises examining the Phone System option in Skype for Business Online and now Teams? For some, at least, the answer is clearly the same: "Certainly not."

(Author’s note: After publication Mitel reached out to me to point out that while Marks & Spencer is migrating some of its employees to Phone System,it's not migrating all of them and Mitel remains a provider for Marks & Spencer, which recently signed a multiyear cloud contract with Mitel. At Ignite, Avanade indicated that the retailer’s adoption of Phone System was currently limited to the 7,000 employees at its U.K. offices, as described above. There were hints that this would expand, but Mitel indicated that its UC service continues to provide telephony to the majority of Marks & Spencer’s tens of thousands of employees. Details of Marks & Spencer’s overall UC strategy and environment aren’t available to me. But it’s perfectly understandable that such a large multinational corporation have multiple UC strategies revolving around multiple platforms and services … in this case from both Mitel and Microsoft.)

Learn more about Team Collaboration at Enterprise Connect 2018, March 12 to 15, in Orlando, Fla. Register now using the code NOJITTER to save an additional $200 off the Advance Rate or get a free Expo Plus pass.

See You at the Digital Conference & Expo

We may not be meeting in person, but with our digital event platform, enabling connection among attendees remains a key goal.

Don’t miss out on expert guidance on how to move your pandemic response forward.

Attend the Enterprise Connect ‘Virtual Bootcamp,’ kicking off next week, for help in planning your next course of action.