As video conferencing becomes ever more commonplace, platforms like GoToMeeting are releasing revamped experiences for diverse workforces and enterprises. 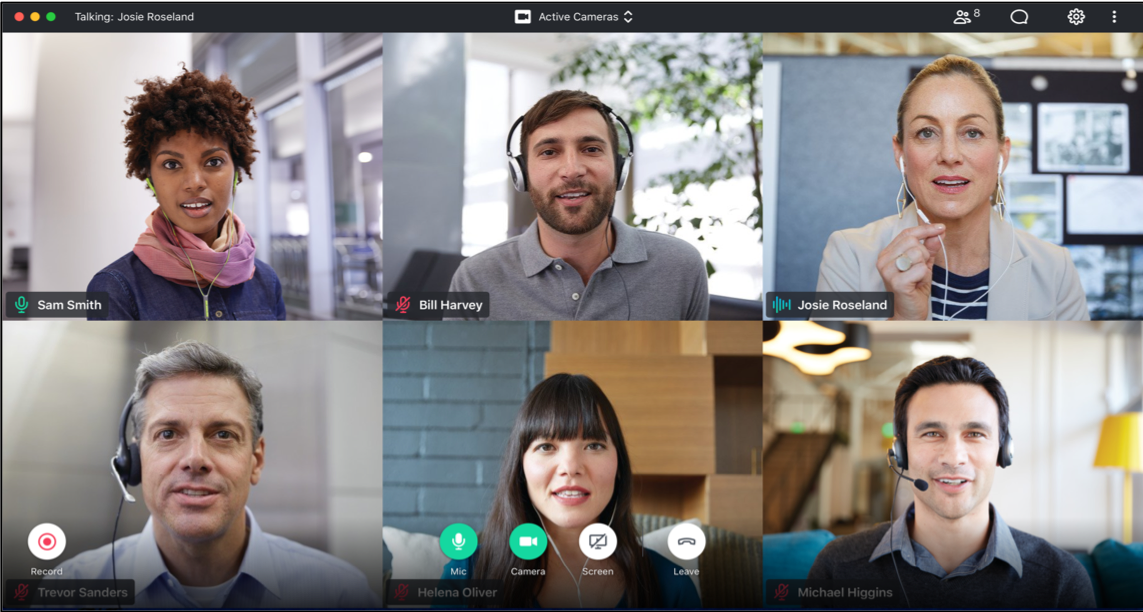 The market for videoconferencing services continues to get more competitive, as business use becomes more mainstream and an increasing number of providers battle for market share. To stay competitive, vendors have to keep their product offerings fresh. The latest such example is UCaaS provider LogMeIn, which today rolled out a new user experience for its GoToMeeting video conferencing solution.
Video Conferencing: From Zero to Everywhere
Demand for video conferencing is widespread. According to Ovum research, seven out of 10 IT leaders are looking to invest in new collaboration technologies in 2020. In 2019, the debate isn’t over whether video conferencing is a legit form of communicating and collaborating, but about how best to use it.
Enterprises aren't only deploying video conferencing to communicate/collaborate with their regionally disparate teams; they’re also using it "to attract the best employees," said Mark Strassman, SVP and GM, UCC, LogMeIn, during a media briefing.
"It's sort of the confluence of two things: companies changing from headquartered to virtual companies, and the workforce themselves; Millennials, Gen Yers, Gen Zers, [making] video the default form of communication,” Strassman said. “Everyone has to have a meeting tool. One that’s secure, and IT can trust.”
These "best employees" are increasingly millennials or younger-generation workers, who are digital natives. Their attitude towards technology is also leading the demand for video conferencing. A Cisco report found that 87% of millennial executives believed video meetings had a significant and positive impact on an organization. A separate Lifesize report showed that 25% of 18-29 years old use video conferencing daily for work, opposed to 15% of people 45-60 years old. With the growing demand for video conferencing, providers like LogMeIn need to offer innovative and easy to use video conferencing solutions to gain the attention of millennials and their enterprise employers.
A New Experience, A New Era
As part of what LogMeIn is calling its “Next Step in UCC strategy,” GoToMeeting will have a new look and feel and a range of new functions to go with it. LogMeIn’s announcement quotes Ira M. Weinstein, founder and managing partner, Recon Research, in saying that this new look and feel aren’t just a "coat of paint on a legacy product," but rather a new solution designed to "add value before, during, and after the meeting experience.”
Created with an intuitive user experience in mind, the enhancements were made to each phase of the meeting (pre-, in-, post-meeting) and include:

End users aren’t the only ones benefiting from the enhancement; IT professionals are getting new controls and functions. IT administrators can now view meeting diagnostics to identify quality issues and assign user-based roles and controls to ensure security and correct accessibility, LogMeIn said. Additionally, LogMeIn has partnered with Poly and Dolby to deliver turnkey video room solutions.