Are messaging apps supplementing or supplanting other means of communicating within the enterprise?

At what point do many messaging apps become too many?

Speaking for ourselves, this question is fairly easy to answer. After all, we each have a different degree of tolerance as messaging apps like Slack, Spark, Teams, Circuit, Connections, Jive, Workplace by Facebook, and Yammer join an already crowded set of email, voicemail, SMS, and other applications used in the workplace.

In an ideal world, I'd be able to choose the three or four (or five or...) that I find the most useful while ignoring the rest. In the real world, however, different individuals or groups of individuals have adopted different messaging applications, and if I want to interact with them I have no choice but to use the apps they've chosen. 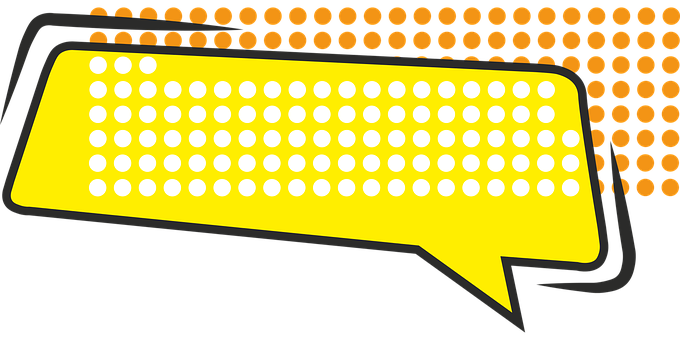 Recently, while a colleague and I were using the chat function in Google Sheets to discuss the spreadsheet we were co-editing, I was studiously ignoring both pop-up notifications from someone else messaging me on Slack and the Outlook icon in my system tray indicating the arrival of new email. (I've long since turned off notifications from voicemail and our internal social app, so one email provided a transcription of a recent voicemail and the other let me know that someone mentioned me on Yammer.)

But if you decide to draw a line in the sand, would you say, "I use these apps and will add no others," or would it be, "For every new app I start using I'll stop using another"?

At Orange Business Services, gave me an interesting example of how some businesses are -- perhaps inadvertently -- taking the latter course. The provider has long sold its hosted UC services -- Business Together Cisco and Business Together Microsoft -- to large enterprises around the world. With the rise of IM, SMS, or email as a fallback, voicemail has been trending down in use. Some customers started questioning the value of voicemail as an effective way for employees to communicate with each other within their organizations.

It makes perfect sense to me. Like many office workers, I've long used email and SMS as my predominant and preferred forms of business communications. It's unusual for anyone to call without first messaging me, so it's relatively rare that I miss calls anymore or for callers to record a voicemail message. When I do miss a call and the caller leaves a message, technology -- in the form of forward-to-email features and transcription services -- are in place so I hopefully don't have to interact with the voicemail platform. But I'd just as soon take voicemail out the equation entirely.

And this is precisely what some Orange Business customers have done. One enterprise customer disabled Cisco Unity Connection, turning off voicemail for 4,400 employees. The test was to see if anyone noticed! After IT turned voicemail off, only 28 users -- out of 4,400! -- said they wanted it back.

While hosted UC sans voicemail probably isn't the norm among Orange Business customers, it has been popular enough for the provider to now make voicemail optional and decouple it from specific plans, Burrell said. The provider's least expensive plan offers hosted telephony only (telephony as a service), with no other Cisco applications whatsoever, whether Unity, WebEx, Jabber, or Spark.

This is a good option mainly for businesses looking to keep communication costs to a bare minimum. In fact, reducing the company's overall communications spend is probably the driving factor for most Orange Business customers eliminating voicemail from their organizations. But, at the same time, eliminating voicemail is one way of confronting the messaging-app-overload issue head on.

Email, of course, is another stodgy old app that we'd all like to see eliminated -- or at the very least reduced -- in favor of more modern messaging apps.

If there is spectrum of companies seeking to eradicate email through the use of other apps, Atos occupies one end. It was way back in 2011 that the company said it would eliminate internal emails in favor of IM, social networking, and good old-fashioned face-to-face conversations. By 2013, employees were receiving 60% fewer internal emails, a figure expected to rise to 80% by mid-2014, Atos said.

Things get murky after that. Relatively recent articles tend to present the same figures from 2013. Atos hasn't really highlighted Zero Email (a term it trademarked along with The Zero Email Company and Zero Email Certified) in recent annual reports. I'm guessing the annihilation of internal emails wasn't absolute. But perhaps the company's carefully executed strategy, which has included company-wide deployment of Unify Circuit for collaboration and, with the incorporation of blueKiwi, for social networking, has not only reduced dependence on email, but also curtailed rampant adoption of random messaging apps within different groups.

On the other end of the spectrum is Wells Fargo Bank. When it rolled out IBM Connections as the social networking platform for its 263,000 employees worldwide, Wells Fargo didn't retire other applications with similar capabilities. Rather, the company sees Team Moments, as it calls its Connections-based social platform, as an added capability, said Eric Schmautz, enterprise community management manager at the bank, speaking last month at IBM Think.

Though he doesn't actively encourage it, Schmautz said he expects the use of email, Salesforce Chatter, Microsoft SharePoint, and other applications to decrease gradually as Team Moments becomes part of various workflows. And he expects this to take place by itself -- the result of promoting use of the social platform, not banning the use of other apps.