Big and small, unified communications vendors poured it on with new strategies and innovative products this year.

It's that time of the year again -- 'tis the season to be jolly, time to get stuff ready for the tax man, time for "Da Bears" to choke away any shot at the NFL playoffs... and time to take a look back at what happened in the unified communications (UC) industry.

As I have for as long as I can remember, I'll start this year-end blog by saying, "It was a big year in UC." The market continues its constant evolution, with traditional vendors shifting strategy and new vendors popping up to challenge the incumbents. Among all the change, here are what I considered to be the most notable events of 2014.

Lync expansion - this was the year of Enterprise Voice for Lync and Skype for Business. In my year-end blog for 2013, I wrote that the year would be remembered as the one in which Lync moved out of labs and into the mainstream. Microsoft used that momentum in 2014 to convert many Lync seats into Lync Enterprise Voice seats. Microsoft has legitimized Lync as a business-class voice platform, and it's no longer unusual to see Lync Enterprise Voice in production. At one time, voice from Microsoft was as laughable as a Cisco server but both are a reality today.

Aside from a growing presence in enterprise voice, Microsoft made waves in November when it announced the next version of Lync would be known as Skype for Business. Feedback on the name change has been mixed. Some really like the association with Skype, while others don't. One channel partner I interviewed told me, "I just can't see selling something called Skype to a global company." Whether the rename is successful or not, one thing is for sure -- 2015 won't be "the year of Lync" -- but it could be the year of Skype for Business. 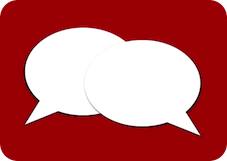 UC start-ups emerge - I talked with Fred Knight, No Jitter publisher and Enterprise Connect general manager, about this topic at Enterprise Connect 2014. The number of start-ups at the show has been up the past two years, which brings innovation and competitiveness. This year introduced us to Perch, Tango Networks and OpenClove, for example. The two start-ups I like the most are Biba, which offers WebRTC-based collaboration, and Altocloud, which offers predictive analytics for improved voice, video and chat communications. Both have disruptive products, and I'm looking forward to seeing them become a bigger part of the UC industry in years to come.

Salesforce.com launches SOS - In April, Salesforce.com took the covers off of SOS, a service similar to the Mayday help line for Kindle users that Amazon introduced in late 2013 while raising the customer service bar on ease of use and richness of experience. SOS lets Salesforce customers use live video for real-time customer service. WebRTC makes browser-based video easy, and I'm expecting to see more Mayday/SOS-type services in 2015.

The new Mitel - In October Mitel unveiled a global rebranding, its first in the 40 years since the company was founded. A new tag line, "Powering Connections," accompanies the rebranding and is indicative of Mitel's ability to connect people over any communications mode. The new positioning is enabled by the numerous acquisitions Mitel has made over the past few years. The strategy appears to be working -- the stock price is up 25% since the October rebranding.

Unify unveils Circuit - After two years of giving us glimpses at a development project known as "Ansible," in October Unify finally unveiled the resulting product, named Circuit. The conversation-based UC client, enabled by contextual search, is meant to change the way people work by making the "conversation" (or stream) the focal point of work and not individual messages or people. It's an interesting concept, but Circuit's success will depend on Unify's ability to get customers to think about collaboration a bit differently than they traditionally have thought about it.

Mitel, ShoreTel play cat and mouse - In late October, Mitel made a bid to acquire competitor ShoreTel and further consolidate the UC industry. ShoreTel, which has put a tremendous amount of work into building a common platform for its premises-based and cloud solutions, rejected Mitel's initial and subsequent offers. I've talked to ShoreTel about this and representatives of the company feel they are about to hit an inflection point and selling now would basically be selling their efforts short. Might Mitel try again? Possibly, but unless it's an absolutely obscene offer, I can't see ShoreTel accepting.

Cisco revamps UC - This was a big year for Cisco's UC business, as the work collaboration chief Rowan Trollope started in 2013 has come to fruition (read Cisco's Trollope Doing Right by Collaboration). Throughout the year Cisco's collaboration group launched a number of new products, including the DX desktop endpoints (long overdue upgrade to the EX series) and TelePresence SX10 Quick Set immersive system that snaps onto a regular TV. At its November Collaboration Summit, Cisco unveiled its Project Squared collaboration app, a proof point for its new Collaboration Cloud platform. It also announced partnerships with Google, Jive and others, and tweaked its channel incentive program so all resellers that want to maintain Gold status must sell cloud services. Regarding the latter, I'm expecting UC to be one of the most popular cloud services with the Cisco channel. From products to marketing to channel programs to overall strategy, Cisco ended 2014 with a much stronger collaboration story than it had at the start of the year.

This is my last No Jitter post for 2014, and with it I'd like to wish all the readers, fellow analysts and consultants and No Jitter editors a wonderful holiday season and a great New Year!