As a tribute to Kari Hunt (and others), it’s imperative to make what in most cases is nothing more than a small system tweak, an absolute priority.

On Friday, June 22, a 12-person jury in Marshall, Texas awarded $41.55 million to the family of Kari Hunt Dunn following week-long civil trial resulting from her death in 2013. On December 1, 2013, Ms. Hunt was fatally stabbed by her estranged husband at a hotel in Marshall, where she'd brought her children to visit with their father.

In facts that are well known, while Ms. Hunt's estranged husband repeatedly stabbed her, her eldest daughter, who was nine at the time, repeatedly tried to call 911. Because the hotel's phone system had been designed to require the dialing of "9" in order to reach an outside line, the 9-year old was unsuccessful in reaching anyone who could help her. In addition, the young girl repeatedly gestured to hotel staff that she needed help, but no staff member she saw spoke English. The two employees she saw did not respond nor offer to notify the hotel's general manager, the only English speaker on site, of a possible emergency. Ms. Hunt died, and her estranged husband, who did not deny stabbing her, is serving a life sentence at a maximum-security facility in Texas following his conviction.

The civil case, which was filed in November 2015 by Kari Hunt Dunn's father, Hank Hunt, was filed against the hotel owner, OM Lodging, LLC and Kari's estranged husband, who was directly responsible since he stabbed his wife, creating a medical emergency that resulted in her death. While it was not suggested that the hotel should have -- or could have -- prevented the attack, the successful argument was that by failing to train its staff on proper emergency response procedures, it was negligent. (During trial, in fact, the plaintiff brought in an expert who claimed that wounds suffered by the victim were not, in and of themselves, all life-threatening, and that the delay in getting first responders to Ms. Hunt's aid was, in part, responsible for her death). The jury clearly agreed.

The amount sought by the plaintiff, Hank Hunt, on behalf his daughter's children, was $60 million. While the plaintiff's attorneys argued that the responsibility for Ms. Hunt's death should be balanced at 50% for her estranged husband and 50% for the hotel owners, jurors, when they awarded $41.55 million, based their determination that while both parties were responsible, the responsibility should be allocated with 80% responsibility to the estranged husband and 20% to the hotel owner. (For more information on the case, see here.) 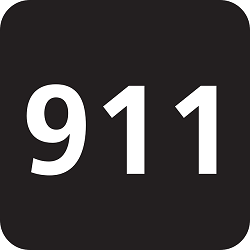 As a result of Kari Hunt's death, and through the gargantuan efforts of Rep. Louie Gohmert (R., TX), Mark Fletcher of Avaya, and numerous state and local representatives and agencies, Kari's Law was signed into law by President Donald Trump in February. More about this in a moment.

It's also critical to note that slightly different variations of Kari's Law are on the books and enforceable today in 18 states. Further, for those entities that have multi-state operations where some states have current 911 notification laws and others do not, all employees within a given enterprise should be treated similarly. Effectively this means that if Multi Line Telephone Systems (MLTS) in Illinois are compliant with Illinois' version of Kari's Law, employees of the same company located in New York, where there is no such state-imposed obligation, must have similar access to 911 notification capabilities.

Under the federal law, which becomes effective nationwide on February 16, 2020, providers and operators of MLTS has two basic components. First, systems must be pre-configured so that no additional digit needs to be dialed before the caller reaches 911 directly. Second, provided that the system can be "configured to provide such notification without an improvement to the hardware or software of the system," an MLTS must have the capability of sending alerts to a designated central contact point located either within the building complex itself or to an outside location.

The Congressional Record from January 17 specifically provides some guidance on the word "improvement," saying, "This provision to include upgrades to the core systems of a MLTS, but not the addition of additional extensions or lines." It is also intended that this provision "apply to substantial upgrades to the software, particularly those requiring a significant purchase. Minor software upgrades that are easily achieved or are made to improve the security of the system would not be considered an ''improvement'' for the purposes of this section. The legislation seeks to balance the need for an onsite notification with the goal of not placing an undue burden on MLTS owners or operators."

What Does This Mean for You?

Here's the takeaway. First, if your enterprise is not compliant with Kari's Law, the date is coming when such compliance will be essential. Second, if you have facilities in one state where existing MLTS phone systems are subject to some of Kari's Law obligation, it is advisable (and I say this is the strongest possible terms) that all facilities where similarly situated employees work have MLTS systems that are similarly compliant. Third, in the recent case in Texas, while the jury assigned only 20% of the liability for Ms. Hunt's death to the hotel owner/operator, it also awarded her family $41.55 million in damages for what it perceived as the hotel operator's negligence.

While it's likely that the large verdict will be appealed, it should certainly make this relatively simple preventative measure a no-brainer -- and ASAP. No one should be denied immediate access to 911. This really is a matter of life and death. As a tribute to Kari Hunt (and others), it's imperative to make what in most cases is nothing more than a small system tweak, an absolute priority. If nothing else, a Texas jury's verdict should provide the incentive.