The Paris airport has put IoT-triggered communications to the test, and keeps finding new use cases.

The intersection of UC and IoT is something we've heard about for years. We heard about it this year and last year, in 2015 and way back in ancient times. It's one of those things that perpetually has tons of potential, but details of real-world examples are few and far between.

In some cases, what's presented as a customer success story turns out to be a proof of concept describing what's possible, as opposed to something anyone is actually doing. In other cases, the company launches an IoT project intending to connect sensors to various comms and collaboration software. But as things get underway, the company finds implementing IoT to be more complicated and expensive than initially anticipated and ends up scrapping the UC integration -- and sometimes the entire project.

Part of me says the dearth of real-world UC-and-IoT examples is both understandable and acceptable. Despite years of us talking about it, integrating the two is pretty cutting-edge stuff, so it shouldn't be surprising if vendors are talking about it more than enterprises are buying it. But another part of me says, "Get on with it!" If this is real, then it's high time we have some real-world use cases to talk about. 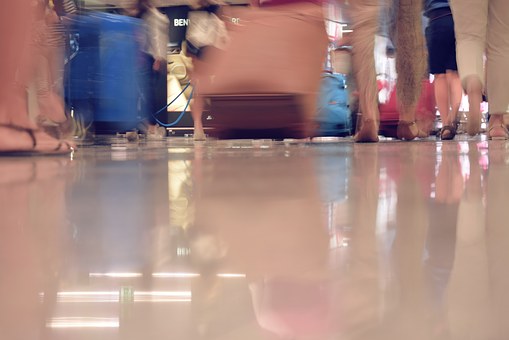 So my interest was piqued when I heard of Charles de Gaulle Airport working with Mitel to combine UC and IoT. Dave Michels, of TalkingPointz, mentioned it in passing here on No Jitter. Tim Banting, of Current Analysis, did a write-up. And, of course, Mitel mentions it in passing in a case study on its site. But I wanted to get a bit more into the weeds, so I sat down a couple times with Joshua Haslett, Mitel's GM of embedded communications, to get my head around it.

Here's what Charles de Gaulle is doing at a high level. It began by outfitting the airport's automated external defibrillator (AED) cabinets with sensors that trigger messages to airport medical staff whenever a cabinet door opens. In the past, opening a cabinet would simply sound an alarm, but what the alarm was for or who was responding to it wasn't necessarily clear. With IoT, the appropriate personnel receive the alerts, and they can notify others that they're responding.

Charles de Gaulle is now extending the solution to maintenance processes. Environmental sensors monitor temperature and carbon dioxide levels throughout the airport. When, for example, the temperature of a certain part of a terminal exceeds a set threshold, sensors trigger messages to maintenance personnel, who are dispatched to identify and repair the problem.

Now let's drill down a bit. First, to give credit where credit is due, Hub One, a Paris-based systems integrator and longtime Mitel partner, developed much of the IoT solution. Hub One offers a hosted UC service based on Mitel's MiVoice Business, which provides telephony for Charles de Gaulle, as well as other European airports.

Hub One started Charles de Gaulle's IoT project, which seems to center on asset tracking, back in 2014. LoRa sensors track luggage carts as they move through the baggage-handling system. Sensors also track location of fuel trucks, catering trucks, and the trolleys pulling luggage carts, ensuring they're on hand when needed. Each morning shortly after midnight the system locates the various carts and trucks so airport personnel can move them to the correct locations for the next shift.

Hub One developed an app, called DataViz, that presents Charles de Gaulle's IT staff with a graphical presentation of data gathered across all the sensors. Haslett described his experience walking through the baggage routing network in the bowels of the airport, seeing how well the IoT systems worked, but also noting its near-complete automation. One guy dealt with bags that the system identified as mis-routed or were otherwise problematic, Haslett recalled, but other than that the system required no real human interaction.

So Mitel started sniffing around for processes where IoT might lead to human interactions. The first it came up with involved those AED cabinets. As I mentioned above, opening a cabinet no longer simply triggers an emergency alarm but generates voice and SMS alerts for the airport's emergency response personnel. Here's how it works: