A run-down of the top news and happenings in the enterprise communications industry this past year. 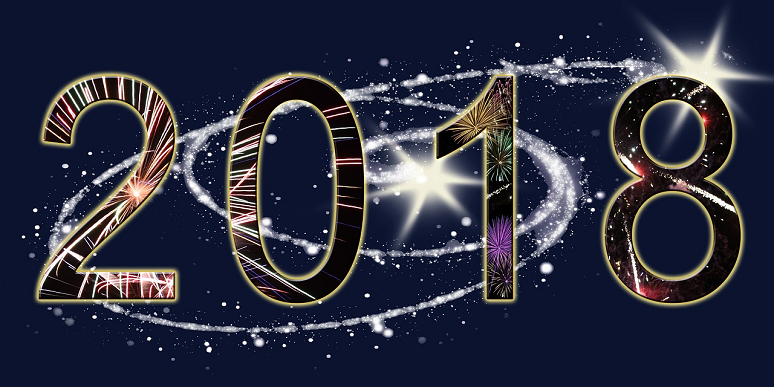 When I think about 2018, all I can think is WOW! There was lots of interesting stuff that happened in 2017, like Amazon jumping into the contact center space, Avaya emerging from bankruptcy, and Cisco announcing its intent to acquire BroadSoft. But 2017 seems like small potatoes compared to the goings-on in 2018. Without further ado, here is my list of the top 10 things that happened in enterprise communications in 2018.
1. Changes at Cisco -- If there’s one thing that should be expected from Cisco in the Chuck Robbins era, it’s change. But the activity in Cisco’s Collaboration business took it to an entirely new level. The biggest news was all of the executive departures, including CTO Jonathan Rosenberg, OJ Winge, Snorre Kjesbu, and the most recent announcement of VP and GM of the Collaboration Technology Group, Tom Puorro. The most surprising departure was SVP and GM of IoT and Applications, Rowan Trollope, who headed off to cloudier pastures (more on that later).
The news in the Collaboration group wasn’t all about departures, as Cisco’s acquisition of relationship intelligence company, Accompany, brought Amy Chang into the fold. Chang is now the new SVP of Collaboration, and will be sharing her vision for the business in a keynote address at Enterprise Connect 2019. Another new addition is Aruna Ravichandran, who joins Cisco as the Collaboration CMO, coming from Juniper Networks. Aruna’s skills and energy level are second to none, and she and Amy will make a formidable team. One more people-related item: Congrats to the group’s new CTO, Cullen “Fluffy” Jennings (who graduated from the same high school as me).
Other news from Cisco Collaboration included the repositioning of WebEx to Webex Meetings and Spark to Webex Teams, some changes to the HCS partner ecosystem, and lastly, the new brand campaign of “The Bridge to Possible.”
2. Five9 Lands Rowan Trollope as CEO -- There are few companies as stable as Five9, particularly at the executive level. However, when long-time CEO Mike Burkland stepped down due to health issues, the company decided to go looking for someone who could take it to the next level. After an exhaustive search, it chose the always charismatic Rowan Trollope to be its next leader.
The move surprised some, but anyone who has spent time with Trollope knows his goal was to be a CEO, and the success he had at Cisco set himself up for it. The bigger question was, why contact center? The answer can be found in this No Jitter post by Michelle Burbick. Trollope’s answer was, “Why not contact center?” citing that all the action was there now. The contact center-as-a-service (CCaaS) market is changing and becoming more artificial intelligence (AI)-focused, giving Trollope an opportunity to create another wave of growth for Five9. If a part of a CEO’s role is to make the shareholders happy, he’s done a great job, as the stock is up about 30% since he joined. More to come, I’m sure.
3. Plantronics Acquires Polycom -- The long, quixotic journey for Polycom came to an end in March, when Plantronics announced its intention to acquire the company for $2 billion from Siris Capital. It had been quite a journey for the video pioneer, which had an agreement to be acquired by Mitel that fell apart when Siris made a bid to take it private. Both Plantronics and Polycom have great assets, and together they can meet the needs of the modern workplace.
4. Customer Experience (CX) Is a Big Deal -- Contact centers have always been about customer experience, but in 2018 it seems like we got CX on steroids. Gartner, Walker Group, and others predicted a few years ago that CX would be the No. 1 brand differentiator in 2020. The reality is that we are already in that era and businesses need to act now -- hence all the recent focus on contact center evolution.
Creating that next-generation contact center requires an omnichannel contact center, but that should be thought of as table stakes. The system must also include a number of AI capabilities, including natural language processing, real-time translation, intelligent bots, voice and facial recognition, and a lot more. To enable this, many contact center vendors announced at the Google Cloud Next event in July that they were partnering with Google on Contact Center AI. With so many players involved, the battleground will be won by creating additional differentiation on top of Google’s capabilities.
5. Avaya Is Back as a Publicly Traded Company -- Ding! Ding! Ding! January 17 was the day Avaya returned to the public markets, trading on the New York Stock Exchange under the ticker symbol “AVYA.” It was a long hiatus for Avaya, which was taken private in 2007. Its return to public trading was the final step in the renaissance of the company, which went into and emerged from bankruptcy, restructured, and changed its management team in 2017. Since then, CEO Jim Chirico has been busy acquiring Spoken Communications, hiring a new cloud chief, changing its look, and launching a new marketplace. Given Avaya’s market share, the industry needs it to be healthy to help drive UC and CC in new directions.