Inundated with a suffocating volume of emails, messages, tasks, files and meetings, the typical worker now spends a good portion of the week just searching for and gathering information. This productivity roadblock is due in part to the phenomenal growth in computing performance, communications options, and social interactions overwhelming their ability to consume information scattered across disparate cloud applications.

As a knowledge worker, you know the information you need for each conversation or meeting is located somewhere, but the burden is squarely on your shoulders to wade through all your cloud applications to find it in an efficient and timely manner. The inability to do so is why workers spend so much time on the orchestration of work, rather than on the work itself. 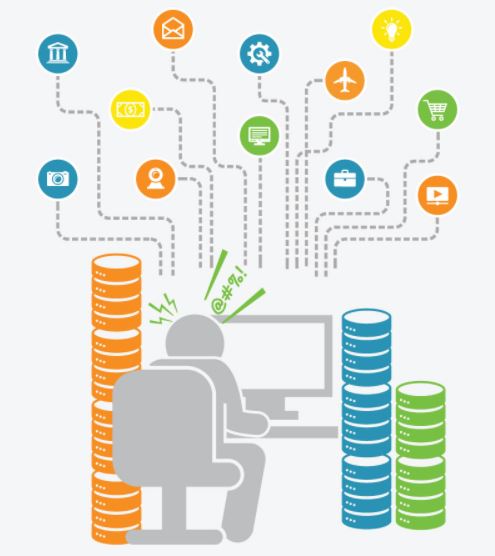 Examples of technology vendors building CI into popular business and personal cloud applications suggest growing consensus on the need to shift the burden away from workers. LinkedIn recently unveiled a form of CI for its Messaging feature. The LinkedIn Messaging window suggests contacts to reach out to depending on site navigation. Browsing a job listing at Google might display a connection who works at Google or a "friend of a friend" who works there that could make an introduction. LinkedIn refers to this as "contextual insights."

More than half of LinkedIn's members utilize the feature each week, but to date it existed as a siloed window, not connected to whatever other searches or actions the member might be engaging in on the site. Now the Messaging window travels with the member as he or she navigates to group pages, job listings, etc.

LinkedIn is just one of many examples of how cloud business innovators are building CI into applications to enable smarter conversations, meetings, searches and, at a higher level, work. For businesses, CI should be leveraged in three key stages.

People context delivers on-demand information, enhancing a user's situational awareness of the immediate environment. Within a single application, users can access documents, emails, action items, events, or various applications, and then share the information with others while in conversation. For the mobile workforce, people context brings physical and virtual worlds together by presenting the user with real-time information relevant to their physical, in-person situation -- whether that's a meeting, conference, or a sales pitch.

Business context extrapolates information based on a deeper understanding of relationships between people, processes, and information, as well as predictions derived from prior behavior and experiences. This includes presenting information based on predictions of user intent -- recommending additional staff members for a project based on optimal skillsets, identifying new information based on the perceived direction of the collaboration, and offering other anticipatory assistance, such as instant process validation.

Think about talking on a mobile phone to a sales prospect while riding the subway. Right now you have no easy way to quickly access the information that could help close the sale -- but through CI, you could receive the information relevant only to that person and meeting topic, based on the perceived direction of the call. For this example, CI could anticipate that you'd eventually need access to product collateral or a history of past messages exchanged and files shared with the prospect.

Learned context continuously improves the user experience by incorporating end-user feedback as well as responses to and interactions with information identified as contextually relevant. This means the contextual engine learns to deliver the relevant information based on users' feedback and preferences. In effect, this transforms the previous two stages from an algorithmic to a machine learning-based contextual engine.

Advances in CI -- and in some respects artificial intelligence -- will deliver on the vision of learned context faster than we might expect. But to achieve Stage 3, a few things need to happen:

CI is redefining our relationships with people, processes, and information with new applications that leverage these emerging capabilities. As these applications become easier to use and widely adopted, we will begin to see step-level improvements in business processes that reduce the burden on people to search and correlate information to their business context. And, in turn, these improvements will deliver significant boosts to business productivity and performance.

Click to the next page: Infographic, "How Contextual Intelligence Solves Information Overload"