Company sees its CPaaS offering as a way to help enterprises and service providers cross the digital divide.

Ask Genband CEO David Walsh about the future, and he'll confidently tell you about Kandy, the communications platform-as-a-service (CPaaS) offering the company sees as the means to digital innovation among enterprise and service provider customers.

While Genband is in a quiet period pending its merger with Sonus Networks, Walsh drove his Kandy point home at the company's recent annual partner and customer conference, Perspectives17, both in a one-on-one briefing and in his keynote address on digital disruption.

"It comes down to whether you are going to disrupt or be disrupted," Walsh said on stage. "It's as if we've been hit by a massive digital meteor that has split the world into winners and losers ... everything is changing. ... And it's not just that this meteor hit and it's reorganizing everything we do, but it's this divide," he continued.

"You have a lot of people standing on one side, stuck, not knowing what to do. Then you have others that are running and leaping across that divide. The crevice is not going to close back up. You've got to jump across the divide."

Walsh used market cap examples to illustrate the massive shifts underway in different verticals. In retail, he pointed out Target's $43.8 billion market cap versus Amazon's unprecedented $351.8 billion figure. And, in hospitality, he called out the difference between the $38 billion market cap of Marriott, a traditional leader established in 1927, and the $31 billion market cap of relative newbie Airbnb, launched in 2008. This is a case in which a company with no actual infrastructure investments, owning no properties, rivals a multinational hotel chain that's been around for close to a century.

Looking at the music vertical, Spotify, established in 2006, has a market cap of $13 billion, Walsh said. Compare this to the $3.4 billion market cap of Warner Music Group and the $2.4 billion market cap of Sony, and it's clear that business is not the same as it used to be. The story is much the same in the entertainment vertical, with Netflix reaching a market cap of $70 billion, compared to its competitors Fox ($52 billion) and Dish ($34 billion). Businesses that are gaining ground on traditional corporations have done so with a digital advantage, prioritizing the ability to provide services over owning assets.

The below slide from Walsh's keynote is a humorous look at how things have changed over the years: 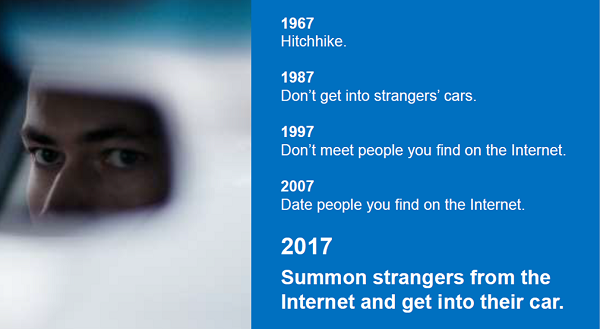 With Kandy, Genband can help enterprises and service providers cross the digital divide, Walsh said. The company is finally reaching "revenue activation mode" with Kandy, which is just about three years old. The sales cycle for Kandy is fairly lengthy -- about a year for carriers, he added.

"Our customers know how to buy our traditional services. They want to buy [Kandy], but they need to get ready and go through this whole process," which includes bolting Kandy onto the network, training the salesforce, and educating the customer base, Walsh said.

"Remember, people are not not communicating; they are doing it in different ways. They are launching communications from within applications ... communications are shifting toward being embedded -- that's the big shift," he said. "If the carriers don't have a platform to do that, they are going to watch all their revenue slip away. Most of these carriers want that relationship with the customer, and that's where we come in."

While Genband continues working with service providers, it also will ramp up its Kandy efforts in major verticals like financial services and healthcare, Walsh added. "The market is just opening up."

Also for Kandy, Walsh advised the audience to keep an eye on blockchain -- the next big area of innovation, in his estimate. "There are already hundreds of blockchain companies out there, and there will be a lot of things to talk about in this area at next year's Perspectives," Walsh said. "I'm not sure what those things will be yet, but they are going to want to have a real-time communications aspect to them. Everything is better if they're enabled by real-time communications."

Kandy, too, will play in Internet of Things, Walsh said. "It's being driven by a lot of the same things we are seeing in the digital disruption. We see us participating in this whole IoT phenomenon."