Is Your Office Ready for Return-to-Office?

As enterprises move forward with returning to the office, IT professionals need to keep an eye on the employee experience. 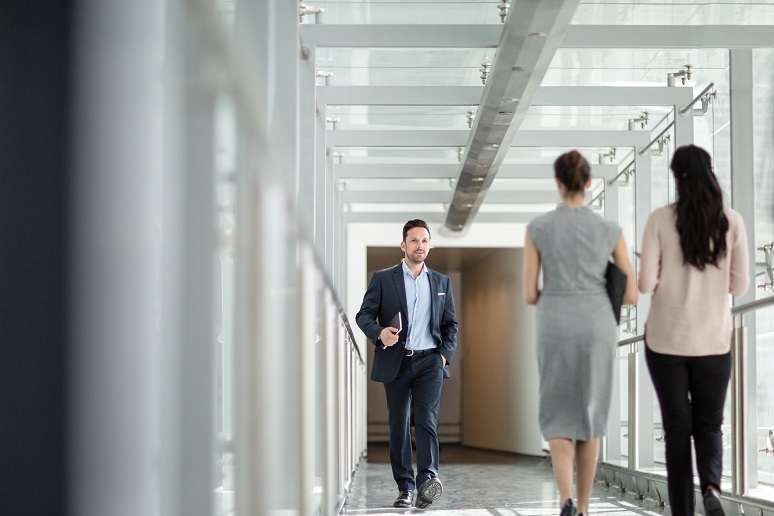 Image: Reeldeal Images - Alamy Stock Photo
Well, our first in-person Enterprise Connect in three years is in the books, and it exceeded all our expectations: Not only was the crowd strong, but the energy and, frankly, delight were palpable. There were many hugs, actual backslapping, and a general feeling of happiness to be back together in person. It was a tremendous week for formal and informal learning, and for networking and intense conversations about the whole range of topics that are preoccupying our industry right now.
I want to pick out one thing that’s stuck with me, which is the risk that many enterprises may face in the coming weeks and months as their corporate management implements return-to-office for employees.
We all know about the risk that employees simply won’t comply, opting instead to join the Great Resignation and move to an employer whose hybrid-work policies they find more to their liking. But there’s another layer to the risk — namely, that even those who return to the office will find the experience unsatisfying and unproductive, will deem the experiment a failure, and will retreat back into remote-only work and be reluctant if not completely unwilling to ever come back.
Such unsuccessful experiments won’t be IT’s fault, but as so often happens, IT could be caught up in the drama and dissatisfaction. What could potentially torpedo return-to-office plans is the employee experience, and based on several conversations at Enterprise Connect, the challenge shouldn't be underestimated.
Start with one of the most under-discussed aspects of return-to-office, from an IT perspective: The network. Melissa Swartz of Swartz Consulting facilitated a peer discussion group at EC22 on the chip shortage and supply chain challenges and told me afterwards about the many frustrations her group described — most of which centered around long wait times for network gear. She mentioned some IT folks having to scavenge through underutilized parts of facilities so they could repurpose Wi-Fi access points and other equipment.
So, this adds another layer to the back-to-office challenge. As it is, uncertainty about who exactly will return and what they’ll do there would make engineering the network for the post-pandemic office a major challenge. If the gear needed to rebuild the network is hard to come by, IT could, through no fault of its own, wind up with unhappy end users.
Then there’s the question of what people are doing when they get to the office. I heard multiple anecdotes about enterprises in which end users and their managers really hadn’t worked through their plans for not just when people would come into the office, but why. The result was employees coming into the office because it was their scheduled day to do so, then proceeding to spend all day on desktop video calls they could have done at home, with little time for in-person collaboration or interaction. I’ve written before about the notion of going into the office “with a purpose,” but it seems that mentality has yet to fully take hold in some enterprises.
If these kinds of issues — technical or human — become seen as the dominant experience, as what you’re likely to get if you schlep to the office, enterprises risk having end users give up on the process before it’s really had a chance to get up and running. And that will create its own set of issues.
We’ll be continuing to address these issues in digital forums through the rest of 2022, and the intrepid EC program committee will only be taking a short breather before we dive into work on the Enterprise Connect 2023 conference. One thing’s for sure: There will be no shortage of challenges and issues for all of us in the industry to discuss, debate, and work on in the next 12 months.