T-Mobile, Dialpad Deal is Ideal for the Future of Work 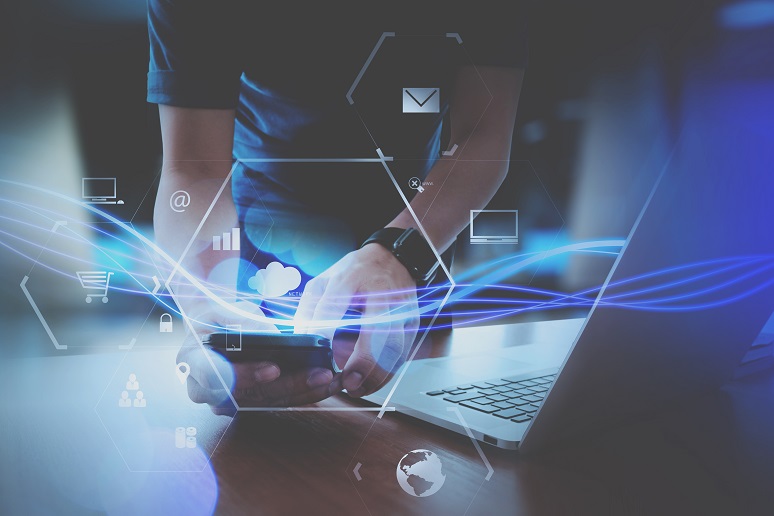 Image: everythingpossible - stock.adobe.com
Earlier this month, T-Mobile and Dialpad announced a strategic partnership. Under the terms of the agreement, the new T-Mobile Collaborate service would be a co-branded service that provides voice, video, and meetings solutions, optimized for mobile experiences. I won’t cover details of the news, as Dave Michels did a great job in this No Jitter post. The deal is certainly notable for Dialpad as, in the past, it has had partnerships with other carriers that re-sold several different offerings. In this case, Dialpad is the exclusive UCaaS partner for T-Mobile, making it simple for T-Mobile salespeople to understand and execute on.
It’s important to understand that this isn’t just white-labeling Dialpad products. The two companies have done a fair amount of joint integration to make the back office easier, including processing orders, funneling support tickets, onboarding customers, and other tasks that required building new APIs to send information to and from the T-Mobile systems.
This was just the first step for the relationship between the two companies. Dialpad also plans to work more closely with T-Mobile on the network side, Dialpad CEO Craig Walker said during a call. Specifically, he stated, “Customers will see significant benefits, as we rely on their carrier network as opposed to us delivering service over the top. This is the most complete partnership between a UCaaS vendor and [a] mobile operator. It includes all of UberConference, tied together with their 5G solution, as well as their work-from-home products, all available in a single SKU.”
The combination of products between the two companies is ideally suited for the future of work. Over the past few months, I’ve asked several CEOs their post-pandemic plans for work, and almost all will implement a hybrid work model, where some workers are at home and others at the office. The strategies may vary as some are planning to bring everyone in a few days a week, and others are considering having specific departments come on certain days. Some companies plan to leave remote working up to the employee.
Although there are variations to work from home, one thing is common — hybrid work will be a fact of life post-pandemic (whenever that is). Hybrid work creates an excellent opportunity for T-Mobile For Business (TFB) to usurp the incumbents Verizon and AT&T. I’ve always believed that market share changes when markets transition, and the shift to hybrid working is TFBs best chance to establish itself as a serious business provider. TFB wants to position itself as a provider that enables the future of work, and now, it has the communications products to do so.
The UCaaS offering alone is nice and necessary to compete but not enough to springboard TFB to where it wants to be. What’s compelling is when the product is combined with TFB’s work-from-home solution. The company offers a 5G router that effectively creates a wireless SD-WAN connection back to the corporate HQ. This connection lets IT implement policies to restrict access to non-work-related sites while prioritizing traffic like WebRTC and video packets. Device access can be limited to just the employee and kept separate and apart from the rest of the house. Regardless of what’s going on in the house, neighborhood, or anywhere else that might impact cable, the T-Mobile 5G service is isolated.
IT practitioners have struggled with troubleshooting application performance issues for at-home workers, as they typically have very little visibility into the home network. From an SMB perspective, the combination of the 5G WAN service with the Dialpad based UCaaS is an ideal fit for a world where work from home is here to stay for the foreseeable future.
Given the dynamics of the market, I like the position T-Mobile is in now. First, the Dialpad offering of $37 per month for unlimited mobile wireless, UberConference Pro, and Dialpad Talk is cheaper than basic service from Verizon and AT&T. Also, T-Mobile has emphasized customer service, which is something its two U.S. competitors lack. T-Mobile currently has a Net Promoter Score (NPS) of 35, where Verizon’s is a pitiful seven, and AT&T is at 15. T-Mobile calls itself the “uncarrier” for a reason, as it doesn’t want to be lumped in with a group of companies that historically considered bad service the norm.
The Dialpad and T-Mobile offering is certainly interesting, but I’m more curious where the two companies go from here. Dialpad has completely rebuilt its back end to be cloud native and programmable. T-Mobile has touted itself as the most innovative wireless operator. The potential is certainly there for differentiated services.