The network industry is changing. Let’s look at four noteworthy trends of 2017.

SD-WAN Popularity Rises
Software-defined WAN (SD-WAN) products continued to increase in popularity. Back in August 2016, I wrote a No Jitter post about how SD-WAN is a good way to start the path to software-defined networking (SDN). My advice is still accurate. You can reduce WAN connectivity costs, improve WAN performance, and manage a large set of devices from one management console. The centralized management functionality provides the most benefit. It's like getting network automation, SDN, WAN acceleration, and Internet VPN in one system.

SD-WAN products multiplex data over multiple physical links to provide better performance than available on dedicated links. The controller allows you to specify QoS characteristics that optimize the transfer of time-critical network traffic (such as voice and UC applications) so that bulk traffic doesn't impact it. Even more importantly, you can easily characterize unimportant traffic, marking its priority lower than any of your business traffic (I’m thinking of streaming music and video downloads as the unimportant traffic that often impacts business traffic).

There's a downside though. There are no SD-WAN interoperability standards, so each vendor’s product is unique in its functional details. But that’s no different than what you would find from WAN accelerators, so it isn’t like you’ve given up functionality that you had with the prior generation of products. 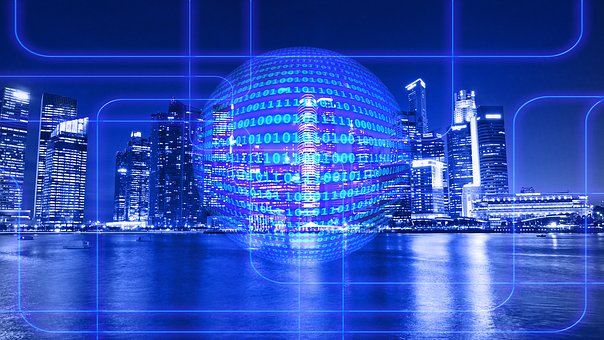 These systems add data-gathering software to the network or to the end systems, collecting much more data than possible through the Simple Network Management Protocol (SNMP). The collected data is analyzed, sometimes fed into a Hadoop cluster for processing large datasets, for a variety of purposes. These include the following:

Two enabling technologies have made this possible. First, an increase in compute power allows us to perform analysis on very large datasets. The second is the ability to run externally developed software on network devices, allowing us to collect the requisite data.

Data-driven network analysis may incorporate two other technologies that are starting to become important: artificial intelligence (AI) and machine learning. These technologies will reduce the effort to manage a network because the analysis engine will learn more about problems and their resolutions. I envision a point at which a client that experiences a bad voice or video call can register that fact with the UC system controller. The controller can then make a request to the network analysis system to look for the call and identify the cause of the poor user experience. At some point, the network analysis system might be able to make adjustments to the network and the UC system to prevent a reoccurrence.

I also predict that the data-driven network will be integrated with the technologies involved in the next two significant trends.

Intent-based Networking Generates Interest
In 2017, intent-based networking started with a few companies, like Apstra, receiving attention. Then Cisco announced its entry into the space mid-year, generating a fair amount of excitement and interest in the technology.

The objective of intent-based networking is to define how we want the network to be configured and how it should perform. The definition is done in a separate system, which verifies whether the network is functioning as intended.

Network security is a big beneficiary. Security is designed into the network, not bolted on. Only the desired connectivity is defined to be permitted (a so-called white-list security policy). In addition there may be cases where you also want to deny specific types of network connectivity (so-called black-list security). The result is greatly simplified security filters and better security.

Integrating intent-based networking with the data-driven network makes QoS definitions easier. The network can automatically adapt to changes in UC endpoint deployments because it sees the new endpoints register with the UC controller.

Apstra is focusing its efforts on the data center, where intent-based networking is easier to deploy. The nice thing about the Apstra system is its use for generic enterprise networks. At this point, however, Apstra has only developed modules that function in a data center environment. I expect to see the company branch out into the enterprise in the next year or two. Perhaps some enterprising developers will build modules on the Apstra network operating system, called AOS, that work in enterprise networks.

Of course, adding AI and machine learning to intent-based networking will be on the list of enhancements over the next few years. The goal (intent?) is that the network control system will understand the design and will be able to modify the network’s configuration to match the design. It will also be able to create alerts when the network’s operation deviates from the intended design characteristics. This touches on the next major trend.

The Rise of Network Automation
Network automation has been in the slow cooker for several years. The heat turned up in 2017. There are many more companies providing automation consulting services and training. A lot of courses now exist that help network engineers learn how to use automation tools such as Ansible, SaltStack, the Network Automation and Programmability Abstraction Layer with Multivendor support (NAPALM), and others. Python has become the primary automation language, partially because many of these automation systems are built with Python. A quick search for network automation tutorials on YouTube turns up many, many hits.

Getting started with network automation doesn’t have to be a big project. There are often a few simple, low-risk, manual tasks that can be automated. Network engineers are starting to embrace automation, unlike a few years ago when they were afraid of tools that could break the network faster than they could fix it. The availability of virtual instances of network equipment has enabled the development of automation processes that don’t put the operational network at risk.

Automation extends beyond the network. UC control systems also benefit, especially as organizations move from one system to another. Migrating thousands of UC endpoints is not a job for spreadsheets and mail-merge functionality. If you’re planning a migration between UC vendors or from on-premises to cloud-based UC, then you should investigate UC migration tools or use one of the automation frameworks to roll your own. Don’t forget to look for consultants who have been through a migration and should have tools that ease the migration. Making the migration as smooth as possible is often worth the expense.

Conclusion
SD-WAN, data-driven networking, intent-based networking, and network automation are trends that are going to continue for many years. They are highly related, and we'll see new products that integrate each of the technologies into new, powerful solutions. High cost will be a factor for some of the systems, potentially making them more useful to larger organizations. But over time we should begin to see lower-cost products enter the market, broadening their appeal.

Join Terry at Enterprise Connect 2018, where he'll be presenting: