Flowroute the Pick for West, Avaya

In recent weeks, the company has announced an acquisition agreement by West and deepening relationship with Avaya.

Flowroute, one of the earliest providers of communications APIs, appears to be onto something with its role as a "software-centric carrier," as it likes to call itself. Not only is the company set to help Avaya accelerate its push into cloud communications, as announced this morning, but also is set for acquisition by technology integrator West, as announced in late June.

Through its partnership with Flowroute, Avaya will be able to provide customers the ability to buy, port, provision, and configure voice and messaging services on the fly. It's aiming to create a "frictionless experience," as well as "get to market faster," Medhi Nezarati, Avaya senior director of product management, said in a prepared statement.

This agreement represents a "significant expansion" of a pre-existing relationship with Zang, said Flowroute CEO Eric Harber, in an email interview with No Jitter. Zang is the cloud communications platform as a service (CPaaS) Avaya launched in March 2016. 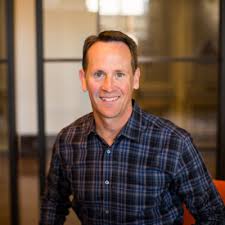 For example, Avaya will now be leveraging Flowroute technology not only in its CPaaS offerings, but also for its cloud UC and contact center services, Harber said. Customers will be able to tap Flowroute APIs for local and toll-free calling; call routing; and SMS and MMS capabilities. Via the Flowroute network, Avaya gains access to local and toll-free numbers across more than 13,000 on-net rate centers nationwide and outbound voice services across 200 countries, he said. In addition, customers will be able to buy these voice and message services online, directly from Avaya's sales force, as well as through channel partners, he added.

Beyond pushing the Avaya customer base forward on cloud communications, "the real potential here is accelerating cloud adoption at the industry level," Harber said.

In a prepared statement, No Jitter blogger Irwin Lazar, a VP at Nemertes Research, noted the importance of providing enterprises, driven by the need for improved agility, the ability to access new "reliable and scalable communications services" in rapid fashion. "Providers that can do so will gain critical advantage and will enable customers to promptly realize value from their digital transformation and cloud communication initiatives," he said.

This is about allowing them to work in "'tech time' versus 'telco time,'" Harber said.

Although announced after the West acquisition, Avaya's decision to work with Flowroute preceded that news, Harber said.

In both cases, Flowroute's HyperNetwork technology, which targets improved voice quality by re-routing calls around detected outages or service degradations, was a decision factor, Flowroute said. Avaya customers, of course, gain immediate access to the HyperNetwork platform, and West customers will, too, once the acquisition closes.

For West, this acquisition is its sixth in the past year. "This acquisition adds to West's network by bringing a cloud-based communication platform with core technical tools and APIs," West CEO John Shlonsky said in a prepared statement. The acquisition is expected to close this quarter.