The Fallacy of Bimodal IT

Despite my attempts to ignore the term "bimodal IT," meant to describe a modern, two-pronged approach to IT transition, it won't go away. Since I can't shake it, let me explain why I think bimodal IT falls short and what's needed in its stead.

Bimodal IT is an acknowledgement that IT must be more nimble than ever, but that agility is not a viable strategy regarding legacy systems. Bimodal IT is the prescription for enabling a single IT organization to run at two speeds -- a mature, disciplined speed and an "Oh look, there's an app for that" speed. 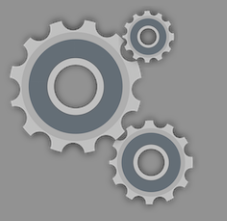 Take Your Pick
In bimodal IT, speed 1, or mode 1, represents the IT department that we love to hate. It's the mode that ensures things are reliable and secure. It's the mode that says "no" to just about every request, usually due to limitations (of staffing, budgets, testing, etc.) or concerns (related to security, support, experience, integration, compatibility, etc.).

Mode 2 is the innovative and friendly IT. Its charter is exploration and responsiveness. In this mode, IT says "yes" to most requests because the request itself is indicative that an unmet need exists. Speed and agility are king, and mode 1 simply can't respond quickly enough. Mode 2 enables the company to benefit from newer technologies while they are still new. For example, mode 2 likely enabled policy changes to allow for BYOD, and mode 2 is why your IT group may tolerate the use of Google Apps or Skype on corporate desktops (which may even be mode 2 Apple Macs).

Mode 2 is your friend... at least at first. Attitudes change when things don't work right. This is when end users discover the value in what IT does when it works to ensure things like data integrity, portability, and compatibility. This is when users discover that "freemium" typically means "no support." This is sometimes known as the "oopsification" of IT -- when consumer-oriented solutions transition from good to evil.

Mode 1 gets a bad rap due to its association with legacy systems, but IT has a few new tricks here. It generally understands and appreciates virtualization and other modern nuances associated with stability, security, and scalability. The point being that mode 1 IT has extensive experience with the acceptance and integration of new technologies. Consider Ethernet as one example. Over the past few decades, Ethernet has transitioned through daisy-chained co-ax, Cat-5 bus, Cat-5 star, Cat-5 switched, Cat-6 switched, software-defined networking, and Wi-Fi -- each handling an exponential speed increase -- and IT has kept pace.

IT organizations don't actually like to say "no." But IT is chartered to manage and protect IT assets, and with limited funding it has to be selective. Since the alternatives have increased, so has the rate of rejected solutions.

A Need for Three
If bimodal IT actually worked, then it would be beautiful. But bimodal IT is a flawed fantasy, more often than not it's nothing more than permission to really mess things up by disregarding proven approaches and responsibilities. The problem with bimodal IT is it disregards the transition or link between the new and old and which is effectively a third mode.

In other words, trimodal IT is necessary (and normal), and bimodal IT is a step backwards. By calling out and separating IT into a mode 1 + mode 2, the transitional mode gets ignored, devalued, and usually skipped. Modes 1 and 2 are inherently incompatible, and set in confrontational battle. Bimodal IT does improve agility, but isn't an upgrade; it actually cripples what has always worked.

Clearly the environment has changed, so a change within IT is appropriate. The rate of technical change is faster than ever before (and getting faster). Since IT has lost its monopoly status, saying "no" doesn't actually stop anything. IT does need to be more responsive, and the concept behind mode 2 isn't bad -- but bimodal is.

Modes 1 and 2 likely involve different sets of people. Trimodal IT is the trick to making mode 2 sustainable and successful. IT must recognize the transitioning of new services into stable and scalable solutions as a separate, strategic function. It must assign a distinct group, even by selection of ambassadors from the other two modes, and specifically charter that group to integrate and adapt practices for ensuring operational success.

No team could possibly evaluate all of the services out there, so IT benefits if the rest of the organization wants to evaluate and validate new IT services and concepts. But, to ensure long-term success, it does need to establish a structure that accommodates all three modes.

Dave Michels is Contributing Editor and Analyst at TalkingPointz.