Will familiarity matter for enterprise adoption, or does Microsoft's strategy of adding social buttons to email make more sense?

Facebook seems on the verge of moving its much-anticipated Facebook at Work service from controlled beta to general availability by the end of this year, according to Re/code, which reports that the social networking giant will offer @Work as a freemium service intended to compete in the enterprise with the likes of Slack and Microsoft's Yammer. 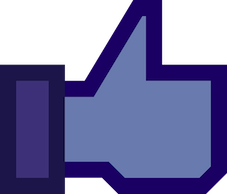 Also in recent days, Microsoft announced that it is adding some very Facebook-like features to Outlook email -- specifically, a "Like" feature and "Mentions." The company says these features will debut on Exchange Online and Office 365 this year; Mentions will come to Windows, Mac, iOS, and Android clients in the first half of 2016, with Likes to follow later.

The report from Re/code indicates that Facebook is betting on "familiarity" as the main reason why people will change from their current collaboration/social tools. The idea is they'll gravitate toward connecting and collaborating with work colleagues via the same tool -- if not the same exact interface -- that they use in their personal lives for outbound humblebrags and to track which of their high school classmates have lost the most hair. At the same time, the article suggests that enterprises may be reluctant to allow Facebook at Work, predicting, "Facebook will need to convince employers that green-lighting Facebook use among the staff won't result in a loss of productivity."

I'm not so sure I think that's the issue, exactly. Users will be able to toggle between personal Facebook and Facebook at Work, the article reports, but it's not like that new capability is exactly demolishing a previously substantial barrier to messing around on personal Facebook when you're supposed to be working.

On the other hand, I'm not really convinced that Facebook's familiarity will make a huge difference when it comes to driving enterprise adoption. Even if it comes equipped with a robust, business-oriented feature set, a social networking tool doesn't seem like the kind of application that a lot of users will really "live in." In the end, it's more likely that users will rely on notifications generated from their social tools out into whatever applications they do use as their primary business tools -- chief among them (still), email.

Which is why the Outlook announcement seems like a smart move from Microsoft. We can continue to debate whether email deserves to die and when that demise might actually happen, but as long as people are still using it widely, anything that the dominant email vendor can do to make the tool work better for users is obviously a plus. Likes and Mentions are both concepts that people have internalized thanks to their use of Facebook, so finding a way to apply those actions to email seems like a good idea.

This fits with the broader evolution of email. Email may not go away; it may just start looking more like the Web and everything else that generates the mass of data that, in aggregate, we live by, whether in our work or personal lives.

In the process, email is becoming decoupled from its original metaphor: It's less about exchanging notes, and more about sharing information. In the old world -- the musty physical world of Bartleby the Scrivener or Dunder-Mifflin paper products -- you put bits of information in file folders and had to remember into which folder you put which items. So the metaphor translated well for early generations of document and correspondence management.

Now you just throw everything in a database, knowing that the magic of search algorithms will let you find just what you need almost instantly. Likewise, the idea of flagging something not with a virtual sticky note but a Like or a Mention is a more efficient way of identifying important information -- and of signifying to others that they may want to pay attention to it as well.

Facebook has a natural advantage over other social networking tools, due to its ubiquity. But increasingly, any enterprise collaboration tool can gain quick adoption if it's easy to use -- witness Slack's rapid rise. More and more, the real value and staying power in a social collaboration tool is how well it integrates with other important business tools -- from file storage and sharing with Box or Dropbox to, yes, voice and video. In this area, I'm not sure Facebook has the inside track.