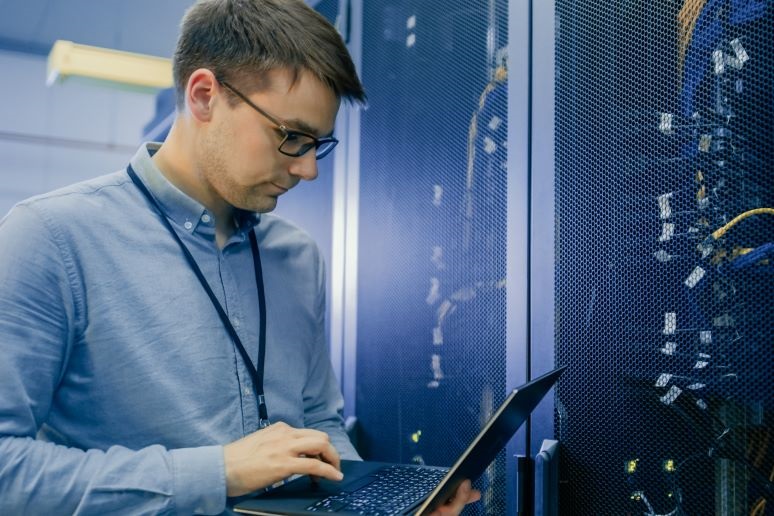 Image: Gorodenkoff - stock.adobe.com
Know anyone still using Windows 7 at the beginning of 2020? If so, you probably couldn’t find a better example of what software “end of support” means. Technology innovation relentlessly produces better, faster, and cheaper attributes in whatever it touches; whether the latest laptop, smartphone, or improvement to software code, each innovation pushes the previous generation’s technology toward obsolescence. And although sometimes portrayed as the conservative, slow-to-change stepchild of the technology world, the same characteristics apply to technological innovations in network transport services.
Legacy network transport services, such as analog point-to-point lines and low-speed packet networks, preceded MPLS and ultimately today’s high-bandwidth/low-latency Ethernet-based connectivity. The advent of software-defined networking (SD-networking) now makes higher-speed/lower-cost dedicated Internet access and business broadband a viable WAN choice for enterprises.
Despite this, low-speed MPLS using TDM local access remains an integral part of many enterprises’ networks. The reasons for this are well-known, if not frustratingly illogical, and include enterprise aversion to risk, costs of transition, and good old organizational inertia, to name a few. The end result? Enterprises hang on to their T1, NxT1, and T3 last-mile circuits and ports past the time when it makes economic or technical sense to do so. They are the Windows 7 of network transport.
As is always the case, backward compatibility extends the time period for transitioning to a new technology. So, while TDM transport can still be used with SD-networking, the day of reckoning has arrived for customers trying to keep these services in place. What first started as a decreasing window of opportunity to reduce unit costs for these legacy services has now fully transformed to the time-honored carrier tradition of forced customer migrations by making services they no longer want to provide economically unattractive and, in some cases, unviable. In other words, they are imposing price increases on services whose prices have historically declined year over year for the last two decades.
This is not a tomorrow problem as we see the landscape for the continued use of TDM-based networking becoming increasingly challenging. Even in competitive sourcing, we now see:
If that’s not compelling, there’s another wrinkle — it’s not just about enterprise network costs! Indeed, alongside cost increases, more and more enterprises realize that TDM is no longer a sensible way to service the perpetual demand for more and more data and shifts to cloud-based applications. Many legacy business applications have run their course, and new solutions require faster connectivity. Importantly, other enterprises are recognizing that, even if they can scrape by on constrained bandwidth (which, by itself, has possibly inhibited the rollout of new business applications), they could obtain such bandwidth more cheaply outside an MPLS solution.
So, what now?
First, you need to develop a plan to move off TDM access and, ideally, off lower-speed MPLS. Today! Sound overly dramatic or insistent? It’s not, as the time for “wait and see” has passed. At some point soon, you need an effective transformation strategy.
Start with what we call a “size of the prize” assessment of your current-state network relative to your future-state network requirements. This assessment should intelligently model different technology options and real pricing in the market for those options. To do this, you must use real-time, deal-based market data and expertise in applying it to enterprise network solutions. To maximize the value from this exercise, you must think beyond simply benchmarking estimated bandwidth for the future and include the following:
We continue to see the huge benefit in every enterprise developing an Internet-first strategy based around consideration of the following:
An effective strategy against which to develop and execute credible plans will always help avoid getting caught short. If you don’t have an effective strategy or plan to evolve your network away from TDM, you will get caught short sooner than you think — as the new TDM acronym goes — it’s Time to Decommission and Move.
If you want to talk to us about any of the topics in the article, please contact us at [email protected] and [email protected], respectively.

For more insight on the latest in enterprise networking, attend the Enterprise Connect Digital Conference & Expo 2020, taking place online Aug. 3 to 6, where you'll find sessions such as "Raising the Bar on the Enterprise WAN," and "Step by Step Guide to Automating Your Network." Register today!