Take this Job and Hybrid It

The transition from work from home to hybrid is about more than where you work. 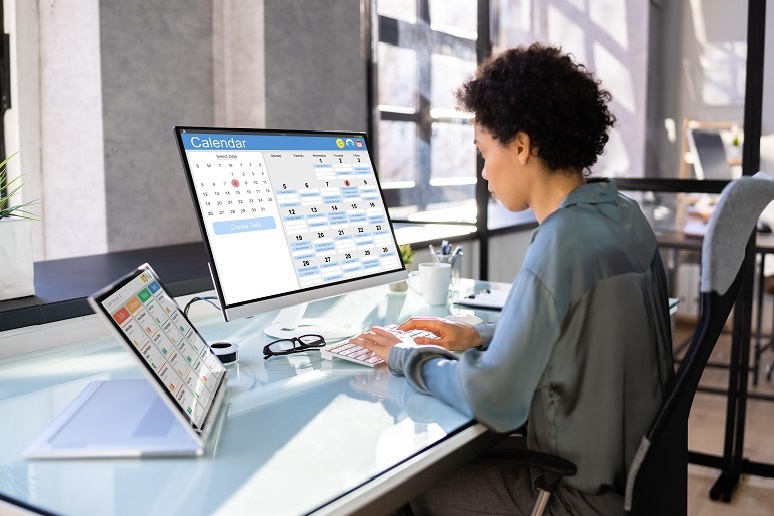 Image: Andriy Popov - Alamy Stock Photo
Eventually, this pandemic will end. Many believed it would end in 2020, then in 2021, but 2022 feels lucky to me. And many bosses are chomping at the bit to get their employees back into the office. But getting the employees back may be a lot harder than ending a global pandemic.
While working from home (WFH) can be challenging, many prefer it to working at an office. Even though most of the jobs we are talking about were never advertised, imagined, or positioned as WFH roles.
The bosses who want to end WFH will face two problems. First, everyone now knows that remote work is possible—and effective. Second, employees have “more hand.” That’s a Seinfeld-ism that refers to the upper hand in a negotiation. As George Costanza would say, “I have no hand—no hand at all!” The “Great Resignation” has shifted the balance of power, and bosses need to tread softly regarding this and many other topics.
Many theories surround the “Great Resignation,” but I figure it’s just a matter of patience running out. I.e., two years, three (vaccine) pokes later, and not much to show for it. There’s a degree of frustration, and it doesn’t take much to boil into anger, annoyance, and intolerance.
It almost feels like a new pandemic where everyone is getting a case of the Mondays. For example, the Federal Aviation Administration (FAA) reported 2021 was an all-time high for unruly passengers. Even Nomadland—which earned “best picture” at the 93rd Academy Awards, likely resonated because it was about miserable people living in miserable conditions.
The number of workers who quit their job in a single month broke an all-time U.S. record in April 2021, and workers have broken that record many more times since. Economists now consider employees to be among the supply shortages affecting our economy.
Several companies have set and then rescinded return-to-work dates. The updated policies are (supposedly) because of concerns about rising COVID cases and the Omicron variant, but the “Great Resignation also has to be a factor. In a recent Upwork survey, 17% of people who have worked remotely during the pandemic said they would probably or (definitely) consider looking for another job if their employer forced them to return to an office.
The potential compromise to an all-out return is the hybrid office. It’s a compromise that involves returning to the office part-time. The unified communications and collaboration (UCC) vendors are excited about the hybrid office as the sector is generally ready. Cloud-delivered services are, let’s say, location agnostic. Several comms vendors are playing up the hybrid office with features such as hotdesking, virtual receptionist, and of course, meetings.
The hybrid office doesn’t seem to be the future of work we were expecting. It’s very likely a necessary transition between the traditional at-the-office norm and a fully distributed future environment. For centuries, presence-based systems have been the norm in the office, and without a pandemic, changes take time.
The past few years forced us to adapt. Now it’s time to leverage what we learned to re-invent and re-imagine numerous work-related assumptions. For example, we need better ways to monitor and measure our own performance and the productivity of others.
We also must develop solutions for informal interactions and how to drive the inclusiveness of remote employees. Some of this is technology and process, but much of it will require behavior changes. Many of our informal methods of communication, such as a head nod, are not as effective in remote or distributed environments. We need new methods for expressing our attitudes and emotions—which is likely why Apple keeps adding new emojis.
For the hybrid office to work, managers must be clear about their objectives. Employees are more likely to buy into it with a shared purpose. Lack of trust or the need to see someone work are non-starters. Most agree that there’s something about in-person interactions that are hard to replicate online. It’s also easier to develop relationships in-person, spread, and communicate company culture.
The pandemic made remote work better. For example, break-out rooms were the surprise hit last year. The hybrid office will also bring with it new features. Providers are already reimagining hot desking. It’s an old PBX feature that required esoteric dialing codes. Now Cisco and Zoom have updated the concept with a touch-screen user interface.
I’ve heard the past few years described a massive WFH experiment, but it wasn’t. Experiments have measurements and controls, and the time to start is approaching. What are the key measures of productivity? The future of work is a topic that never gets old because our requirements and capabilities keep changing.
There’s a big opportunity for the UCC providers to contribute more than the tech. To facilitate the Hybrid Office, providers should offer best practices and help communicate any necessary behavioral changes. Everything is up for grabs. It’s not just where we work that’s changing, but when, how, why we work are also changing.
Dave Michels is a Contributing Editor and analyst at TalkingPointz.