The cloud will bring an OpEx model, mobility, and intelligence; the premises side will contribute security, reduced WAN traffic, and dedicated availability.

The cloud-premises hybrid play is conceptually pretty simple. A little of this and a little of that--two independent solutions combined into one. The problem is, neither this nor that were really meant to work with the other. In fact, both want the other gone. The next generation of these components won't be so independent, however; instead the next generation will be optimized for hybrid deployments.

Gather Round for the Tale of the VCR
Remember the VCR? Big awful devices from a different era. VCRs are nothing like modern UC systems, which are sleek and friendly, but bear with me. The VCR was complex. People forget how complex they were--just setting the time was an endeavor beyond many. Programming a VCR practically required a doctoral degree.

Try explaining the ritual to a kid today. Programming a VCR to record an important show involved separately setting the desired day of the week, time of day, am/pm, stop time or duration, recording speed, and the channel. All of that was for naught if you didn't remember to put in a blank tape (or rewind it). It was also good practice to verify the current time and date and hope no power outage would wipe the whole thing out. The procedure was so complex that the industry and program listings agreed on obscure shorthand called "VCR Plus"--a unique number for each permutation of the programming variables.

With so many opportunities to founder, failure was common. This was because the VCR was a very dumb device. It did what it was told, and that was it. It didn't know what it recorded, it only knew when. It didn't know if the show was new or a rerun, or if it had been preempted with a special. It didn't know preferences. It had zero ability to determine anything on its own--including the time.

As a result of this, the VCR asset was actually a bit of a liability. Sure it did marvelous things, but they also created stress. They were complicated devices, with complex remotes and cabling. Which remote? Which tuner? How do you put the game console on? Oops, it ate a tape. Painful memories, but a household staple nonetheless. 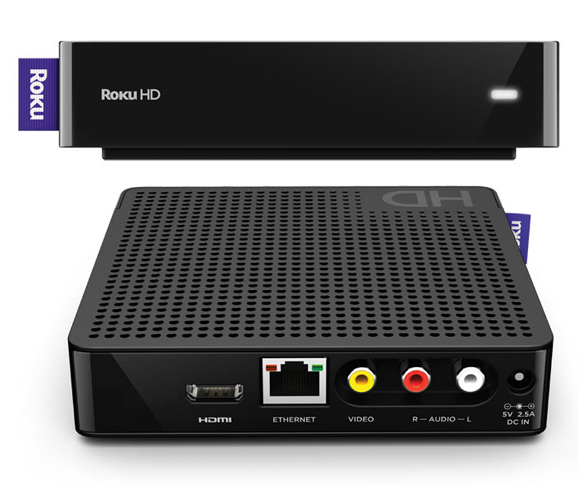 Today, streaming solutions such as Roku and Chromecast are smaller, more powerful, simpler, and smarter. Chromecast has no buttons or wires--and is controlled from a computer or mobile device instead of a dedicated remote. Roku has a simple remote and only three wires into it (power, Ethernet, and HDMI--the first two could be combined). These devices don't play local (rented) content, but download it on demand. They access huge libraries of content, and play back the video at six times the resolution of the VCR. Some applications even make personalized recommendations.

The irony in this story is that these new devices are actually dumber. Sure, the technology is newer (HDMI didn't exist during the VCR era), but there's more to the story than speeds and feeds. The key difference is architecture--the modern streaming solution depends on the cloud. The devices can be smaller and simpler because part of their processing power is in the cloud. There's no user's manual or need to set the time. Without a network and content provider, these devices are utterly useless.

These streaming devices provide a glimpse of the future for cloud-premises hybrid solutions. Netflix or other cloud-based providers offer the service that makes the premises-based component valuable. The cloud and premises components work together to create a valuable solution.

Imagine a future of on-premises equipment with just an Ethernet port and power light. The initial setup effort will be the equivalent of installing a light bulb. These devices will be inexpensive and even potentially included with the cloud service.

Architecturally, the cloud will do the management and provisioning. No need for local i/o like a CD drive because downloads will be pushed from the cloud. It doesn't need a video port because the entire administration will be performed in the cloud. There's no need to telnet to it either, as the cloud will push into it the required configuration information. This model already exists with cloud-based access points (Meraki, Open-Mesh, BlueSonic, etc.).

What will the local UC device do? The simple answer is whatever the cloud service tells it to do. It can be comparable in functionality to a full-blown UC call manager. Or, perhaps it only performs local services such as on-site internal calls, paging, and intercom--simple services that don't need to consume WAN bandwidth. Or maybe even, due to security concerns, the device is the local message store for a cloud-based unified messaging solution.

The model extends beyond UC and Wi-Fi--the cloud will redefine the nature of premises-based solutions. Web conferencing provider Zoom.us offers a hybrid approach by allowing customers to install an instance on premises. Instead of using Zoom.us to host meetings externally, the content stays internal on local servers, with the cloud providing user authorization and invoicing. The solution is still "as a service," but on-site.

Since this architecture requires a physical product and a cloud service, it is most likely going to come first from premises-based vendors with compatible cloud solutions. Mitel, NEC, and ShoreTel have direct cloud offers, and Cisco, Alcatel-Lucent, and Avaya have provider partners. Fonality, which started with premises and shifted to cloud, already offers this new cloud-premises hybrid approach.

A nice benefit of this architecture is that it can turn on-premises capital equipment into an OpEx service--for example, an on-premises video MCU with per-port usage billing that is managed by a cloud provider.

The future of premises-cloud hybrids will be by design and offer the best of both worlds. The cloud will bring to the solution an OpEx model, mobility, and intelligence (potentially location awareness and advanced context). The premises side will contribute security, reduced WAN traffic, and dedicated availability.

Zoom’s Land-and-Expand Success Sets Up Its Next Wave of Growth
Zeus Kerravala
May 27, 2022
Inner Circle Guide to Remote & Hybrid Contact Center Solutions
May 4, 2022
NICE Inspires Frictionless Customer Experience Revolution
Sheila McGee-Smith
May 26, 2022
Rounding Up This Week’s Contact Center News; Lucid & Loom Partner Up
Ryan Daily
May 27, 2022
Why the Voice of the Customer Is a Contact Center’s Super Power
Dana Casielles
May 26, 2022