Narrowing Down Mobile Location, for Better or for Worse

Mobile technologies have given us an amazing array of tools to locate people and things, but in the end, money talks. 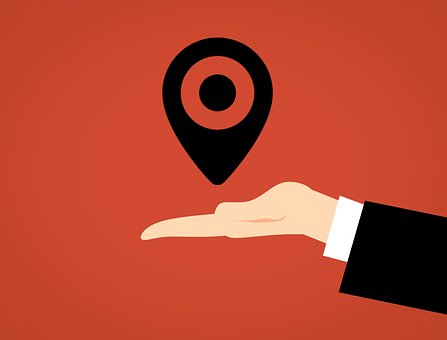 Despite the UC&C industry’s inability to move beyond simple standalone Wi-Fi location offerings, when I thought about what I wanted to write in this month’s post, location came to mind. Particularly, I wanted to write about the advances and struggles the mobile industry is having in meeting the FCC’s 2015 requirements for indoor mobile location accuracy on 911 calls (see related No Jitter post). However, a Wall Street Journal article describing a crazy new application for location technology pushed me in another direction.

The application comes from Thasos Group, which has come up with an innovative way to deliver the “hidden value” of location data. In terms of societal benefits, the app has little to offer, but it is a great illustration of what money can buy in the digital age.

The story starts with the needs of institutional investors, and Wall Street’s interest in “alternative data.” Such data could be key in untangling mysteries like whether the famously secretive Tesla would be able to reach its production targets for its Model 3 sedan. However, that would require finding out what was going on behind the walls of Tesla’s 370-acre production facility in Fremont, Calif. For that, those investment firms turned to Thasos.

The WSJ report wasn’t clear about how Thasos was able to pull this off, but the assertion that Thasos was able to “isolate smartphone location signals” was clearly off the mark. Any real network location signals would be carried on the cellular carriers’ signaling networks, which are highly encrypted (think 128-bit AES) and hence inaccessible to third parties. While the real carrier location data may be out of reach, there are other, more accessible sources of location data.

On its website, Thasos claims the app “is derived from volunteered mobile phone location data that has been anonymized, aggregated and thoroughly vetted to ensure compliance with the highest legal, quality and ethical standards.” That “volunteered” reference apparently refers to mobile apps like those from Waze, Google Maps, or even banks that now depend on accessing the very precise location capabilities built into your smartphone. In the app permissions, users can select whether those apps keep tracking you “Always” or “On only when the app is in use.” Whichever you choose, you volunteered.

What companies like Thasos recognize is that while these “free” apps offer great convenience, they also produce a treasure trove of useful marketing information -- information that’s available for sale. While Thasos maintains the data it provides is anonymized so it cannot identify specific individuals, we all know we’re one application away from putting the lie to that fairy tale.

Apparently by tapping into databases of that type of location information, Thasos was able to determine that overnight activity of the geofenced site of Tesla’s factory (i.e., activity from smartphone users on the night shift) increased 30% from June to October. Thasos’ hedge fund clients were able to profit handsomely by placing their bets on that knowledge before Tesla released its positive production numbers.

In some perverse way, I presume the Thasos case can be cited as one of the victories of free enterprise, but despite its societal benefits, public safety lacks the ability (and the budgets) to work that kind of a deal.

I’ve written about the challenges and potential opportunities for improved mobile E911 here and here, and I will say we are getting closer to the target. The problem with bringing improved emergency location to mobile devices over the public network is that it’s a much tougher job. Oh, and if they get it wrong, somebody might die.

To be successful, an E911 mobile location capability needs to be seamless, work on every mobile device, and be transparent to the 911 caller, which means no special app would be required on the device. Further, where the Phase I requirements called for a dispatchable address or X/Y coordinates with a stated accuracy, Phase II adds altitude (a.k.a., the Z axis) so first responders would know the floor of the building to which they’re being called.

Mobile E911 location in the public network has traditionally depended on network-based Assisted GPS, as it needed to locate “dumb” as well as “smart” mobile devices. By focusing solely on smart devices, consumer location solutions could tap into Wi-Fi (where companies like Google and others have built location databases of Wi-Fi access points) as well as Bluetooth beacons.

The overall approach to better E911 mobile location is to tap into the same sources of location information consumer smartphone apps use and communicate them to the cellular carrier -- a technique called device-based hybrid (DBH). Still, the addition of the Z axis adds another wrinkle.

The mobile industry’s approach to determining altitude is based on building a barometer into the handset -- in essence, giving the device an altimeter that measures altitude based on barometric pressure. I’m constantly amazed by hardware manufacturers’ ability to build exceedingly accurate but low-cost components like gyroscopes, proximity sensors, accelerometers, and now barometers for smart devices. However, accurately estimating altitude takes more than just measuring air pressure.

Air pressure does decrease with altitude, but it also varies with temperature. Further, the temperature inside the building is controlled by the HVAC systems, not what’s going on outside. Weather systems also effect barometric pressure; that’s why the weather report includes barometric pressure.

In the last month, I’ve talked with two different companies, NextNav and Polaris Wireless, proposing solutions to the Z axis dilemma. While their techniques differ, both offer options that will work with the cellular industry’s DBH solution and substantially improve altitude estimates. Both claim to get within the three-meter accuracy range that would tell first responders which floor of the building a 911 caller is on.

Somehow my mind contorts when I think of the irony that the biggest benefits of these marvelous mobile technologies we’ve deployed are being delivered to the Wall Street investment community before they can be used to help first responders locate people in desperate need of help. There is a lesson here, but I’m not sure I want to learn it.