Marriott is one company that sees the promise in improved customer experiences that could result from the relationship.

One of the big announcements this week at Dreamforce 18, being held in San Francisco, is a strategic relationship between Salesforce and Apple. In his characteristic storytelling style, Salesforce CEO Marc Benioff told CNBC Mad Money host Jim Cramer -- during an interview live from the Dreamforce expo hall -- "I have Apple in my veins. I worked at Apple in 1984 as an assembly language programmer."

The initial areas of focus for the new partnership include: 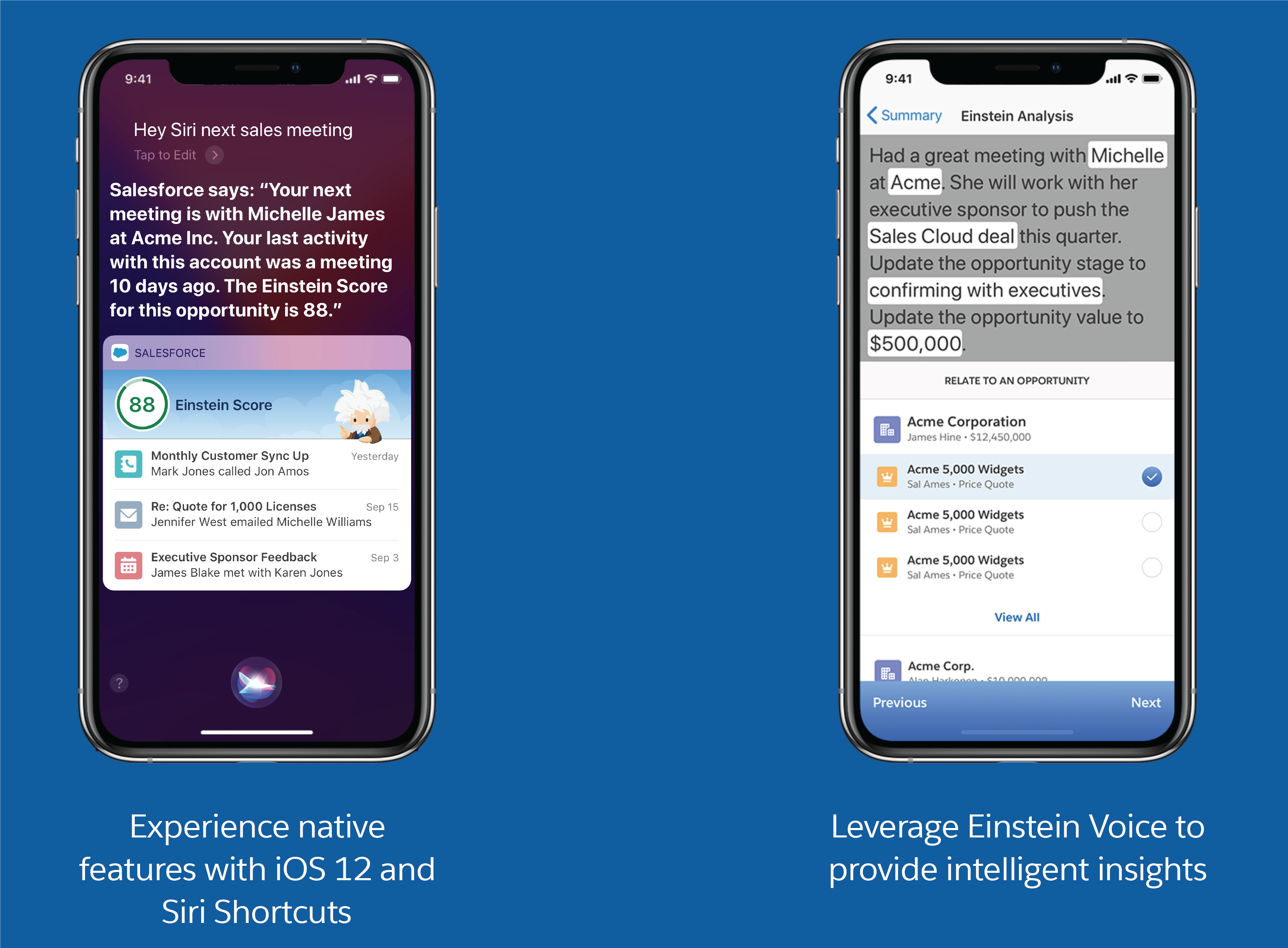 Not mentioned in the joint press release were the possibilities for combining the natural language and artificial intelligence AI) features of Apple and Salesforce, Siri and Einstein. The graphic above shows the possibilities created by the partnership -- Einstein opportunity scoring accessed via Siri shortcuts and Einstein Voice use within an iOS Salesforce application.

One of the many enterprise customers who joined Salesforce during the Dreamforce opening keynote on Tuesday was Arne Sorensen, president and CEO of Marriott International. Marriott spends hundreds of millions of dollars a year on technology, primarily on the reservations and loyalty systems, Sorensen said. He said Marriott believes that the key to its brand success will be continued customization and personalization of its customers' travel experiences.

Sorensen estimated that 140,000 Marriott associates (out of a total of 700,000) use Salesforce tools today. While usage started with tools for sales teams, Salesforce tools are increasingly going to every screen in a hotel -- telling the associate who guests are when they enter, and what their preferences are, Sorensen said. 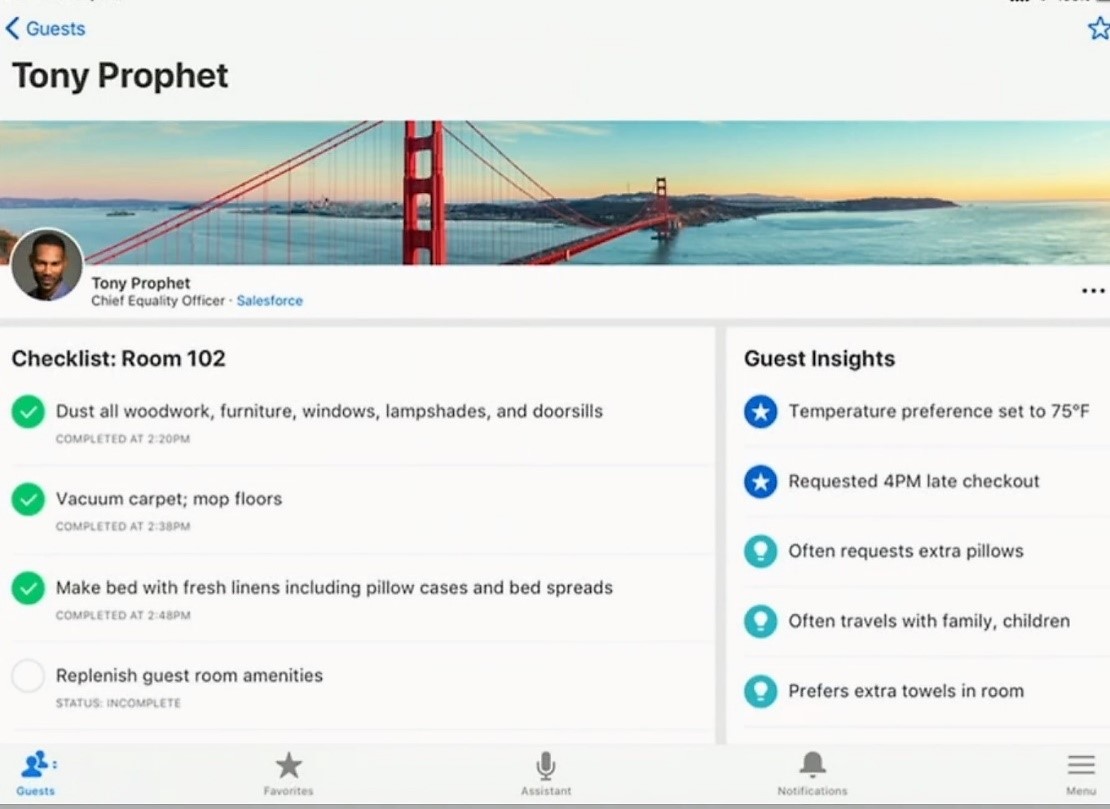 In the future, screens like the one shown above (with the personalized details for Salesforce Chief Equality Officer Tony Prophet displayed during the keynote), might be enhanced with data from other sources. Presumably through integration with AI tools, such a screen might show whether a customer is arriving late, if his flight is delayed, or other aspects of a customer's travel of which the hotel should be mindful. Note, while the Marriott demo showed the various Salesforce integrations on Apple mobile devices, Salesforce would presumably make such capabilities available on Android devices as well.

Step one in the Salesforce/Apple partnership journey is the Get Started with iOS App Development Trail, available today at trailhead.com/apple. It consists of five and a half hours of modules to help developers build their first iOS apps using Swift and the iOS SDK. The Salesforce Mobile SDK for iOS is scheduled to be available by the end of 2018, and a rebuilt Salesforce Mobile App in early 2019. The Trailhead Mobile App -- long requested by users -- will launch later next year.