Joe Manuele, formerly a top cloud services executive at Avaya, is now overseeing a $1B communications operation for this global company.

Dimension Data, a global NTT subsidiary offering systems integration, IT outsourcing, and IT as a service, this week named Joe Manuele as Group Executive – Communications and, in so doing, put him in charge of a communications business that has annual revenue of more $1 billion and a double-digit growth pace. (Dimension Data itself has $8 billion in annual revenue with 28,000 employees and offices in 58 countries.)

Manuele, who had been vice president of global cloud services at Avaya, took over from Adam Foster, who is now Group Executive – Sports Practice, with a mandate to grow Dimension Data's presence in sports analytics by leveraging the Tour de France platform it developed. In the past two years, Foster oversaw the alignment of the company's collaboration, customer experience, and business-process-outsourcing portfolios. 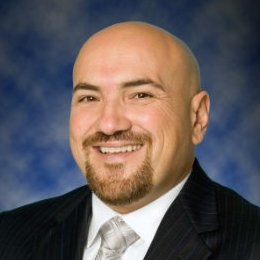 Manuele spoke to me yesterday from London, where he hit the ground running at the annual two-day gathering of the 20 or so members on Dimension Data's Group Executive Committee, of which he is part. Why, I wondered, did Manuele think he'd been chosen from what was likely a who's who list of global communications talent?

Manuele said he believes Dimension Data is looking to bring a fresh set of eyes to the business, informed by his experience in the past three years helping companies evaluate and transition to the cloud. As I discussed earlier this year in a post on Dimension Data's customer experience practice, the philosophy of the Communications group is, "Go Digital or Die." For the unified communications practice, that means managing the transition from CPE to other consumption models and enabling work anywhere collaboration.

The fact that Manuele is located in Silicon Valley is also significant. He will be the first group executive located there, able to keep his pulse on communications innovation. It is no accident that Dimension Data's Santa Clara, Calif., office is at the intersection of Great America Parkway and Tasman Drive, a stone's throw from the offices of key partners Avaya, Cisco, and Polycom.

Another of Dimension Data's key communications partners is Microsoft. The company reports it has deployed more than 1.5 million seats of Microsoft Exchange on-premises and another 2 million cloud seats, as well as more than 110,000 seats of Lync/Skype for Business Enterprise Voice. On Manuele's short-term radar, he said, is working to extend the success Dimension Data has had integrating Microsoft Lync with Genesys contact centers in Australia to other geographic regions.

The idea of tapping into NTT's cloud assets is appealing, too, Manuele said. While Dimension Data has the autonomy to run as an independent organization, the company may find ways of leveraging NTT's ownership. A world-class carrier, NTT has more than 400 data centers in its global footprint. As Dimension Data continues to offer public, private, and hybrid cloud solutions, "having access to that data center capability is very exciting," Manuele said.

In closing, Manuele said, "I honestly can't think of any other company that could do a better job helping customers make the transition to the digital world."