Looking to the future of the headset, Poly is beefing up its portfolio with a new wireless line and enhanced functionality, including Amazon Alexa capabilities. 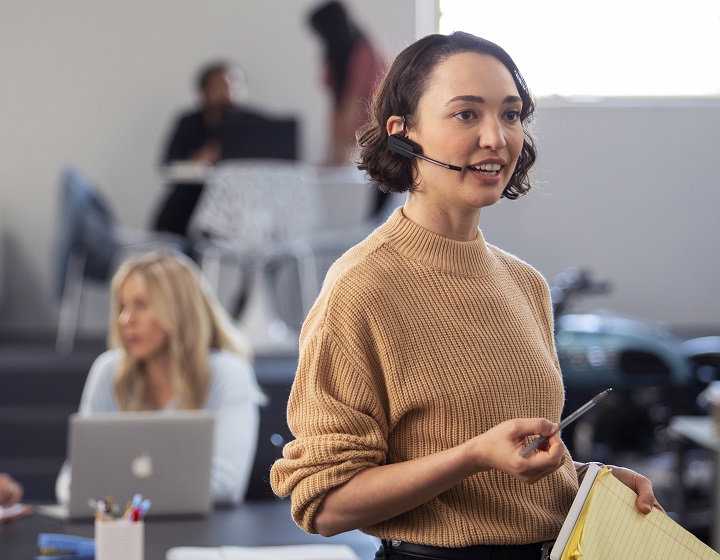 While some scoff at the idea of using headsets, many enterprises rely on them to support voice conversations. Contact center agents can't live without them, while knowledge workers use them to communicate and collaborate more freely. The modern workplace almost always has at least one headset adherent – one who takes their calls as they make a cup of coffee or opens the door for the mail carrier.
Not only are they still used by many, but the headset market is growing, bringing innovative offerings with it. A Frost & Sullivan report stated that the global professional headset market will be worth $2.66 billion by 2025, growing at a CAGR of 9.8% between 2019 and 2025. With this growth and usage, the future of the headset in the enterprise is looking bright.
The Headsets of Now, The Future
One company looking to the future of headsets is communication technology provider Poly.
Recently, I spoke with Chris Thorson, senior director, product marketing for video, voice, and multimedia content, Poly, to check in on the company post Plantronics/Polycom merger, and the topic of headsets came up. During our conversation, Thorson mentioned that the headset “market has taken off” in recent years, and devices have entered the market to address a range of “different wearing styles and different applications.”
The headsets of today often provide enhanced functions and address background noise in unique ways, Thorson said. For example, Poly devices utilize “close conversation limiting,” which picks up on a speaker’s voice and “cancels out the background noises,” limiting the number of cracks or pops that a user might hear, he added.
Not only are today’s headsets providing better audio quality, they’re designed with the worker’s comfort in mind. For instance, “super feather lightweight” headsets cater to contact center workers who are on calls all day long, Thorson said.
Alexa, ‘Schedule a Meeting’
As evidence of its commitment to keeping its headsets relevant to modern workers, Poly recently made a series of announcements related to integrations and enhanced functionality. First, Poly last week announced Amazon Alexa integration for its Voyager headsets.
With this integration, Voyager 4200 UC and Voyager 5200 Series headset users can communicate with Amazon Alexa mobile through their headset, allowing them to schedule meetings, call people, and check schedules through the Bluetooth connection, according to Poly. Similarly, users can utilize many of the other general-purpose Alexa functions, like creating to-do lists and checking weather and news.
In a second announcement, Poly said it aims to make finding a missing headset a breeze, thanks to a new integration with device-location app, Tile. When their headsets go missing, workers can use the Tile app on their mobile phones and, if the devices are within Bluetooth range, they’ll start ringing, Poly said. Additionally, the Tile app can run in the background of a phone and will remember the last place and time you had your headset.
Currently, the Voyager 4200 UC and Voyager 5200 Series support Alexa and Tile. To set up Alexa or Tile on a Voyager headset, users must first install the Amazon Alexa and Plantronics Hub apps to a mobile device, Poly said.
Savi Up
These recent integrations follow last month’s introduction of Poly’s next-generation Savi wireless headsets. 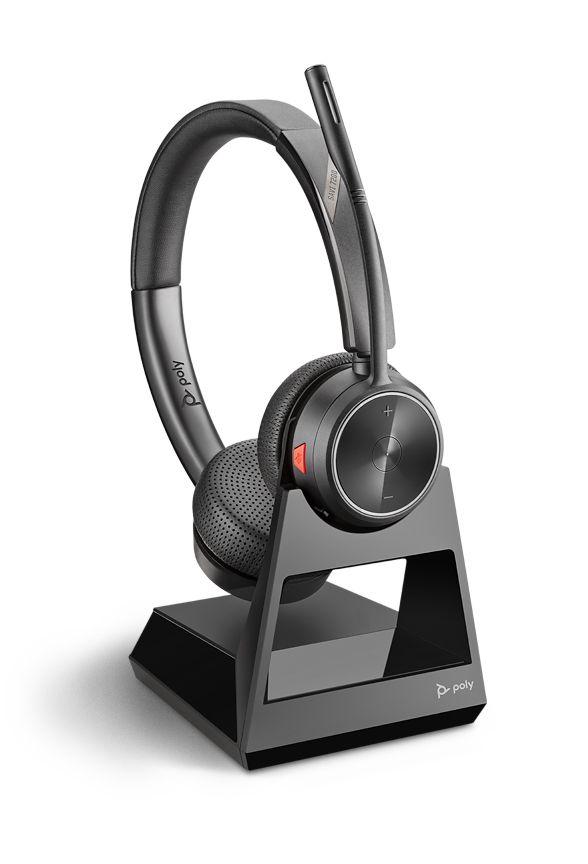