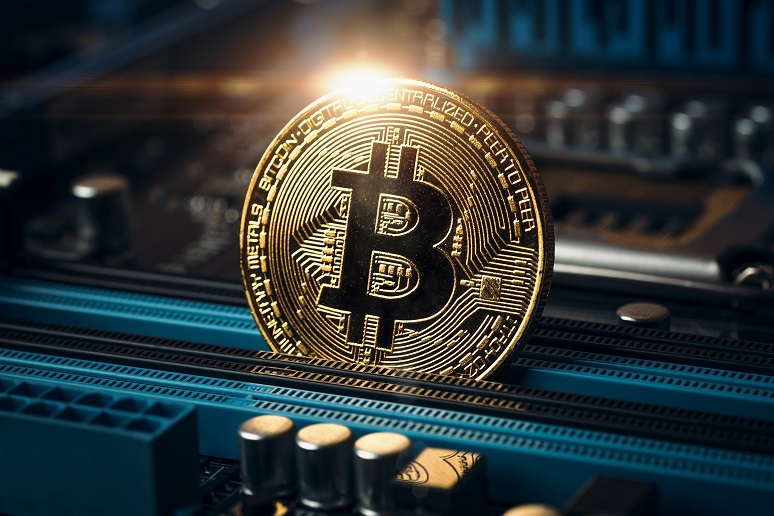 Image: DedMityay - stock.adobe.com
Last week, Dave Michels, contributing editor and analyst at TalkingPointz, and frequent No Jitter blogger, published a piece about our planet’s climate crises. One of his key suggestions is that the communications and collaboration industry can make an impact by taking actions such as work from home (WFH) initiatives to reduce transportation-created emissions.
I believe we can influence another significant source of climate-changing carbon emissions: bitcoin (decentralized digital currency), and similar blockchain platforms. And by “we,” I include everyone, both buyers and sellers of products and services.
Here’s why we need to act and what we can do.
Bitcoin: Bad for the Environment
Bitcoin relies on thousands of miners running large configurations of energy-intensive computers 24 hours a day to verify and add to the blockchain. This system is known as proof-of-work. Mining is a competitive process, with each miner attempting to solve the complex puzzles by brute force before another miner. Thus, the only way to increase success is to do more calculations faster, which requires increasingly more computing, equipment, and energy.
The machines consume power to run and even more energy to cool. A July Digiconomist analysis calculated a single bitcoin transaction required over 1700 kilowatt-hours (kWh), equivalent to about 59 days’ power consumption of an average U.S. household. The same report stated the annual carbon footprint from bitcoin mining was equal to that of Greece. A study in China reported that bitcoin mining was the source of over 5.4% of carbon emissions from electricity generation in that country alone, and that bitcoin mining could ultimately add 130 million metric tons of carbon annually.
Experts suggest that the bitcoin miners could focus on renewable energy sources, but efforts so far have been inadequate. In many cases, the least expensive power sources are fossil fuels. With record droughts emptying our reservoirs and slowing river flows, it doesn’t seem like we can continue to consider hydropower a fully renewable energy source.
Have We Lost the Bitcoin Battle?
In a word, “No.” Cryptocurrency is a commodity, like gold, tulips, or orange juice (flashback to the 1983 movie “Trading Places”). Its value is tied to demand from purchasers/investors. For spenders in the digital economy, it’s currency. But for investors/speculators, cryptocurrency is an asset whose only value (return on investment) comes from someone willing to pay more for it in the future. If demand shifts to an (energy-friendly) alternative, then the price of bitcoin will drop. If the price drops, the energy costs will exceed the value of the mining efforts. When that happens, miners will shut down or shift to other (profitable) activities.
What to Do
We shouldn’t abandon digital and cryptocurrencies. Instead, organizations can adopt and extend the carbon-neutral footprint initiatives to include the willingness and preferences to work with alternatives to the traditional (mining-intensive) bitcoin and its parallel platforms. Don’t make or accept payments using energy-wasting cryptocurrencies. Chose to do business with providers and partners that support technologies that help our planet instead of contributing to climate problems.
We can’t move the needle with personal changes alone, but collectively, we can influence big carbon-producing and energy-consuming companies to do better. When given a choice, we can support organizations that don’t just make carbon-neutral promises but firms that recognize the full impact of their decisions.
Viable Alternatives Exist
Many of the known bitcoin alternatives (altcoins) require the same blockchain proof-of-work process as bitcoin. However, some cryptocurrencies are using other means, including proof-of-stake instead of proof-of-work. Cardano – or, more precisely, ADA (digital currency) – is a well-known environmentally conscious cryptocurrency that validates transactions using the Cardano Foundation platform. Peercoin is the self-proclaimed pioneer of proof-of-stake. Litecoin is another popular alternative that is using proof-of-stake consensus algorithms to reduce energy requirements. Without getting into the complex technicalities, altcoins based on proof-of-stake consume far less energy while providing a cryptocurrency alternative.
Making a Difference
Supply and demand control the value of a commodity. If we don’t demand it, then the value drops, and supply will eventually adjust. As both consumers and industry, we do have influence. Let’s use that influence to make a difference!

J.R. is writing on behalf of the SCTC, a premier professional organization for independent consultants. Our consultant members are leaders in the industry, able to provide best of breed professional services in a wide array of technologies. Every consultant member commits annually to a strict Code of Ethics, ensuring they work for the client benefit only and do not receive financial compensation from vendors and service providers.