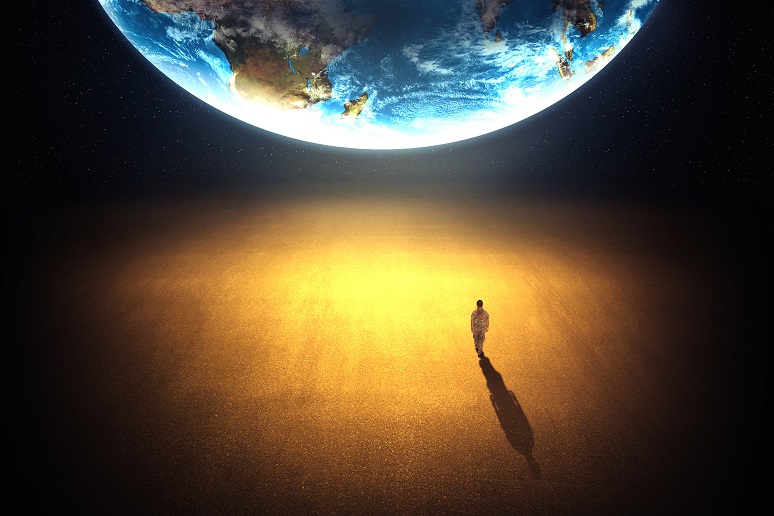 Image: GuerraGPhoto - stock.adobe.com
Videoconferencing saved 2020. Of course we weren’t happy about it, but it was nice to be in an industry that was part of the solution.
Online meetings enabled significant portions of the world to stay in business and stay in touch. Businesses of all sizes came to realize that many professional roles can be as or more productive at home than at the office. Now I understand the desire to put this all behind us, but there’s a burning issue that needs our attention: our planet.
Last week, the United Nation’s Intergovernmental Panel on Climate Change (IPCC) released alarming findings. The UN created the IPCC to provide policymakers with regular scientific assessments on climate change. The global group’s 195 members s review thousands of scientific papers to assess climate change impacts and future risks.
In the latest report, the IPCC unequivocally attributes the extreme weather events we are experiencing to human activity. Specifically, anthropogenic emissions of carbon and methane are warming the planet. Also, the IPCC predicts that the situation is going to get worse before it can (if it will) get better. Higher temperatures threaten life as we know it, impacting our health, food supplies, communities, and even our survival.
Warnings such as these aren’t new, but climate change tends to be dismissed as a theoretical risk to glaciers and polar bears. The report, along with recent events, shows that climate risks are imminent and local.
The effects are insidious; for example, drought has contributed to the spread of deadly wildfires, and impacts agriculture, recreation, and electricity production. With less hydro and solar power, we burn more coal. In other reports, climate researchers estimate that “72% of the global land area is likely to become drier.”
In its report, the IPCC concludes that the planet has warmed at least 1.1° C since 1900. That doesn’t seem like a big deal to me, but evidently it’s enough to cause extreme wildfires, floods, and droughts. The sea is rising and heat waves have been getting hotter and deadlier (on land and sea) since 1950. Entire communities and nations are crumbling.
The IPCC believes that even if governments aggressively cut greenhouse-gas emissions, we are likely to reach or surpass 1.5° C of warming over the next 20 years, and that is expected to cause widespread economic and social upheaval. Fortunately, they also report that we can lower temperatures towards the end of the century if we make immediate, rapid, and large-scale reductions of greenhouse gases.
This sets the stage for another conversation about the future of work. During the pandemic we learned the effectiveness of remote work. As determined by the Global Carbon Project (GCP), we also saw global greenhouse emissions plunge by roughly 2.4 billion tons, a 7% drop from 2019 and the largest decline on record. The GCP largely attributes the drop to a decline in global transportation activity.
Enterprise communications is one of the few industries that can contribute to saving the planet, and profit from doing so. Yes, we can facilitate WFH globally and be planetary superheroes at the same time.
The obvious starting point is online meetings. Being able to meet online played a significant role in facilitating productivity with distributed teams during the pandemic. The lowly telephone can play a vital role with its ability to create instant conversations with anyone, anywhere. Asynchronous messaging or team chat enables collaboration without requiring that all participants be simultaneously available. Effective customer service is possible with the agents at home, and the UC suite gives them better tools to collaborate with each other and with subject matter experts.
We need to turn up the heat on companies becoming carbon neutral. They can accomplish this in a lot of ways, but reducing commuting and travel is a relatively easy and big component. I applaud Microsoft (and others) for committing to carbon neutrality by 2030. We need more firms to do this, and sooner than 2030 please. Enterprise comms firms can lead by example: 2600Hz, Cisco, Fuze, and I’m sure more have already announced long-term WFH policies.
We can see it, feel it, and hear the alarm bells, but changing behavior is an entirely different matter. Last week, a poll of U.S. adults found that the evidence of heatwaves, flooding, and wildfires has barely shifted attitudes regarding climate change.
If the climate angle falls flat, several non-climate reasons offer impetus to make the changes that will reduce greenhouse-gas emissions. There’s the employee satisfaction angle: Many employees are insisting on remote work. The productivity angle: Remote employees are more productive. The ROI angle: Increasing WFH means saving money with smaller offices. Other motivations may include recruiting, business continuity, access to gig workers, and more. It doesn’t really matter why, as long as we cut emissions.
There’s a degree of fatalism that says we can’t do anything that will matter, and there’s some truth to that. Even WFH on a global scale is not sufficient alone. However, working to reduce emissions is something that we can do as an industry, and do quickly. Significantly reducing emissions globally is going to be a complex undertaking. So let’s get to work now by staying home.
The enterprise communications industry can enable distributed, efficient remote work. It’s what we do, and we need to continue doing it even better than before.
Dave Michels is a contributing editor and analyst at TalkingPointz.

Attend Enterprise Connect 2021 and get the latest trends and technology developments in enterprise communications and collaboration. When registering, use the No Jitter promo code NJAL200 to save $200 off the current rate.