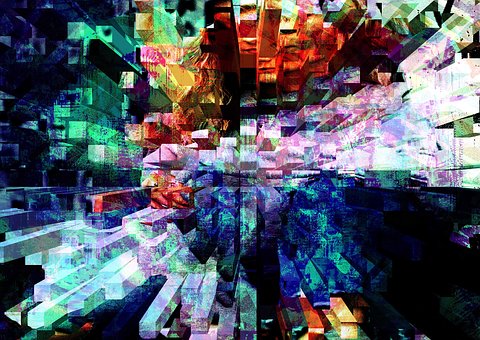 Over the past five years the amount of digital content has exploded, in part because many marketers view digital content as a critical component of customer experience, a key factor when competing in this era of digital transformation. This includes websites, video, movies, apps, and games.
Historically, digital media creation was limited to companies like Sony, Netflix, or Disney… and the rest of us just consumed it. Today, digital media can be created by anyone including hobbyists, corporate digital creators, media influencers, freelancers, and more. For a sense of how fast digital content is growing, considered this statistic, shared by Nvidia, a graphics processing unit (GPU), in a recent briefing: 400 hours of YouTube are shared every minute.
A challenge for content creators is that their tools don’t run all that well on traditional CPU-based computers because they can’t process graphics fast enough. This is why most of the leading video tools companies have followed the lead of the video game industry and optimized their products to work with GPUs. Adobe Illustrator and Premiere Pro, DaVinci Resolve, Amazon Redshift, Maxon Cinema 4D, and many others are all GPU-accelerated tools.
It’s fine and dandy that the software companies have embraced GPUs but what’s that do for the employee or hobbyist who doesn’t have a computer or laptop with a GPU in it? They could buy high-end machines that have one or perhaps even upgrade their current machines. The former idea is expensive, and the latter can be complicated.
To simplify this, Nvidia this week introduced Studio, a platform intended to deliver the performance content creators require at a reasonable price point. The RTX Studio laptop, available in four models, has off-the-charts performance specs such as:
These numbers would be impressive for a desktop computer but the RTX Studio’s sleek laptop form factor makes it ideal for content creators who are on the go.
As is the case with most Nvidia-designed hardware, Studio is a reference architecture with the products being made available from OEM partners such as Acer, Asus, Dell, Gigabyte, HP, MSI, and Razer. All in all, there will be a total of 17 such laptops.
In addition to the reference architecture, the computers come preloaded with Nvidia’s Studio software stack, which includes Studio SDKs and APIs for developers and Studio Drivers for creators. The Studio SDKs accelerate the rendering of video editing, processing, and 2D vector animation. The stack also includes the CUDA-X artificial intelligence (AI) platform, which enables developers to automate repetitive or hard-to-do tasks. This includes doing things like upscaling images, tagging pictures, or color matching videos. The AI capabilities can also enable creators to accomplish things they couldn’t previously accomplish. As an example, on the analyst pre-briefing, Nvidia showed an example of an Adobe Lightroom image of a book where the words were a little blurry. The AI capabilities sharpened the lettering to the point where it was legible. This is something that’s nearly impossible to do without AI.
As has been well documented on this site, customer experience improvement will differentiate the winners and losers in the digital era. Digital media is a core part of overall experience improvement and this puts pressure on creators to produce more content on tighter deadlines. This is made easier with the latest hardware and creative tools, but knowing what to buy may not be obvious. Nvidia Studio takes the guesswork out of the technology and lets people work faster wherever they are.