Zoom won the pandemic battle thanks to its easy user experience. That ease may smooth its path into contact centers. 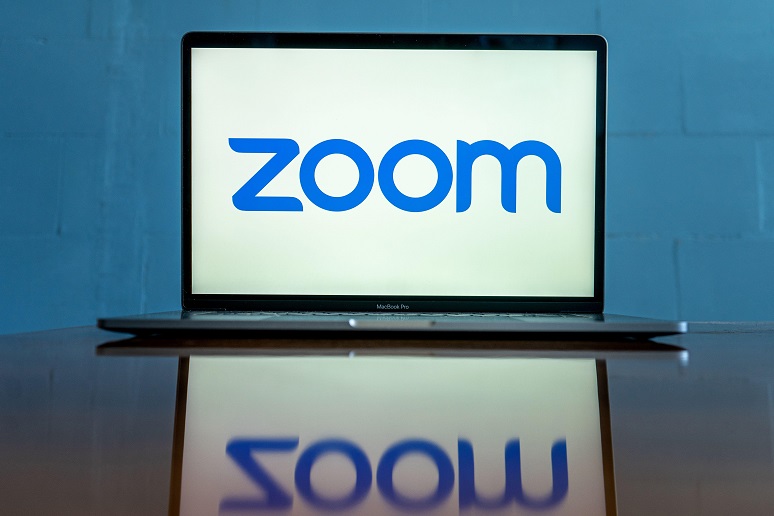 Image: Boumen Japet - Alamy Stock Photo
This week Zoom announced its fiscal year 2023 second-quarter results. The numbers show a company with slowing growth: the $1.1 billion in sales were $20 million short of analysts’ expectations, and on the earnings call, management cited several issues causing headwinds, including a stronger US dollar, which had an impact on about $8M, weak on-line sales and the war in Ukraine.
Even more concerning is the company’s future sales guidance: Zoom is forecasting revenue of $1.09-$1.1 billion for Q3 2023, while Wall Street analysts had forecast $1.15 billion, and it’s expecting the full fiscal year revenue to be $4.38-$4.39 billion, shy of analysts’ $4.53 billion consensus.
However, in Zoom’s case, the top line numbers do not tell the full story. It’s also worth digging deeper for clues to its future strategy.
There’s no doubt growth at Zoom has slowed down, but that is something most industry watchers have been expecting. No company benefitted more from the do everything at-home phase of the pandemic. In addition to working from home, people were also having birthday parties, family gatherings, NFL draft parties, attending church, doing yoga, and almost everything else from their houses, with Zoom being the enabling application.
Now that we are doing many of the above in person again, Zoom takes a back seat in our personal lives. What’s important though—is Zoom has adjusted its product portfolio and gone to market accordingly, and has been transitioning away from a consumer video company to a full cloud communications provider. The numbers now bear that out.
Although top-line growth was only about 8%, enterprise revenue grew 27% year-over-year and outperformed industry estimates. This segment now accounts for 54.5% of company revenue, up from 52% the previous quarter. Another interesting data point from the call was that there are now 3166 customers contributing over $100,000 in the trailing 12 months of revenue, representing 37% year-over-year growth. This is evidence that Zoom is executing on its “land and expand” go-to-market strategy.
The primary engine for this growth is Zoom Phone, which passed the four-million seat mark. This is up from the three million seat number it posted the prior quarter. On the call, the company cited two customers with over 125,000 phone seats , which dispels the myth that Zoom Phone is only for small businesses.
Another interesting myth commonly cited by Zoom’s competitors is that Zoom Phone does not have the feature set for telephony-heavy organization. Last week, I was chatting with a Chief Information Officer (CIO) of a top-ten U.S. law firm, and he is strongly considering moving from his legacy on-premises system to Zoom Phone. I asked him if he felt Zoom had the necessary features to support legal, and he emphatically said yes. One reason is that the attorneys, who are the primary users, like the Zoom experience and want to extend it to the phone. He told me seven of the ten largest U.S.-based law firms are already on Zoom Phone. That certainly legitimizes the product.
The next enterprise shoe to fall for Zoom will be Contact Center. While management didn’t offer-up any firm numbers, it stated several “larger than expected” deals are coming in the next few quarters with many customers interesting in the Zoom IQ for Sales product. Many industry watchers are skeptical Zoom can be successful in contact center, but the same thing was said about Zoom Phone. During the call, CFO Kelly Steckelberg stated this about the company’s emerging contact center business: “Zoom Contact Center is only six months old. But it has already had deal sizes reach seats that we did not expect until its second year. And customers value the user-friendly interface, efficiency gains, and savings they see in shifting to our modern cloud-based AI-driven contact center solutions.”
As Zoom looks to shift from a video pure-play to a broader communications platform vendor, it has one big advantage: users tend to like the Zoom experience. It won the pandemic battle because of its simplicity, intuitiveness, and ease of use. The company is taking that same approach with the contact center, and I’m expecting Zoom to have success in this area despite being a late entrant into the contact center as a service (CCaaS).
While the top line numbers tell a story of a company whose growth is slowing, a second look shows Zoom is a company in transition. And the dip it is seeing now reflects its shift from being a consumer-led company to one that serves the needs of businesses, which has much greater upside than being the company that enables virtual birthday parties.
On a related note, Zoom’s analyst event, Perspectives, kicks off on Tuesday, Aug 23rd. I’ll be there with many of my analyst colleagues and will report back with any interesting, non-NDA news. Stay tuned.