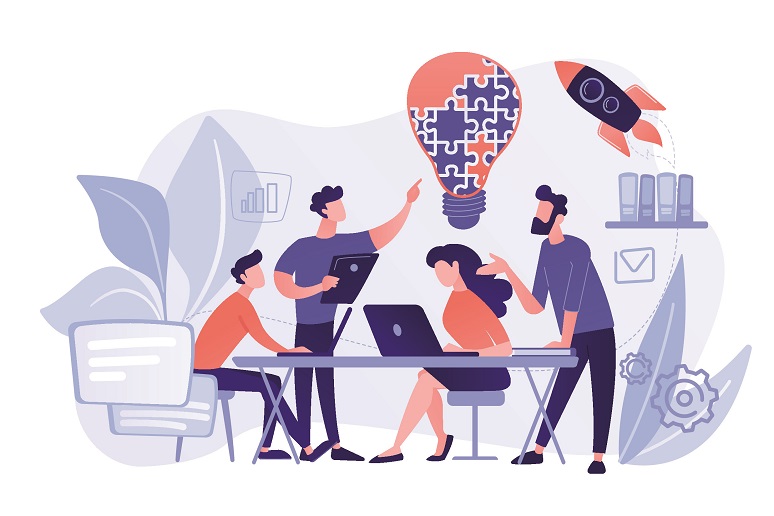 In this week’s No Jitter Roll, we share the latest on a network acquisition, enhancements to a collaboration solution, UCaaS and CCaaS integration, a UCaaS offering, a Microsoft Teams video bar, and identity management integrations for a cloud contact solution.

Cisco Eyes Internet Visibility with Network Acquisition
With a nod to rapidly increasing adoption of the as-a-service model, including for UC and collaboration, Cisco this week announced its intent to acquire ThousandEyes. With the acquisition, Cisco will gain the ability to deliver real-time visibility into how enterprise applications are performing not only across the enterprise and in the cloud, but also as they traverse the Internet — ThousandEyes’s specialty.
Toward that end, the ThousandEyes’s technology will become part of Cisco’s core AppDynamics and Enterprise Networking and Cloud portfolios, which will live in a newly created Networking Services business unit, Cisco said.
Cisco didn’t disclose terms of the deal — ThousandEyes is privately held — but noted that it expects the acquisition to close before the end of Q1 FY 2021, which runs through late October. Additionally, Cisco reported that ThousandEyes CEO and co-founder Mohit Lad will take on the role of GM of ThousandEyes, within the Networking Services business unit, and Ricard Oliveira, co-founder and CTO, will continue driving the product vision and innovation strategy.
Facebook Adds Video Meeting Spaces, More to Workplace
This week, Facebook revealed a slew of new features, including video meeting support, for its Workplace platform. Similar to the recently announced Messenger Rooms, Workplace Rooms are virtual meeting spaces that allow for up to 50 people.
In addition, Workplaces’ video broadcasting tool, Live Producer, will now feature screen share, Q&A, and polling capabilities. And Workplace will support Facebook’s Portal device, allowing users to utilize Portal Smart Camera and Smart Sound for broadcast purposes, Facebook said.
These features will roll out to all Workplace starting in June, and Workplace Rooms will be available for free for all Workplace users until the end of the year.
NEC Connects and Engages with UCaaS, CCaaS Solutions
Following on last month’s announcement that it had partnered with UCaaS provider Intermedia to accelerate its push into the cloud, NEC this week shared that its Univerge Blue Connect and Univerge Blue Engage UCaaS and CCaaS platforms, respectively, are now generally available through its U.S. channel partners.
The Connect platform combines calling, team chat, videoconferencing, and online meeting capabilities, plus file backup, sync, and share. All tools are available to users through desktop, web, and mobile applications, NEC said. The Engage platform provides omnichannel support, and is available with support services. Both platforms can support business of all sizes, the company said.
Mitel Brings UCaaS Offering to Google
Cloud communications provider Mitel this week announced that MiCloud Flex, its private cloud solution for midmarket and enterprise organizations, is now available on Google Cloud. The goal of releasing MiCloud Flex on Google Cloud is to bring businesses more cloud deployment options, especially as they rethink their communications strategies in light of the pandemic-related mass move to work from home, Mitel said. The company has been supporting its UCaaS platform, MiCloud Connect, on Google Cloud since last year.
MiCloud Flex on Google Cloud is available from partners in the U.S., U.K, and France.
AudioCodes ‘Teams’ Up for Meeting Rooms
Voice networking and media processing provider AudioCodes earlier this month revealed the RXV80, a video bar for huddle and small meeting rooms. Developed in conjunction with Dolby’s Communications Business Group, the video bar features Dolby audio and video technology and features a native Microsoft Teams experience, AudioCodes said. RXV80 also features auto-focus and click-to-join capabilities and comes with a flexible TV display mounting.
Beta units of the device will launch the end of Q2 2020 with general availability following in Q3, according to AudioCodes.
UJET Helps Secure Organizations’ Identity
Cloud contact center provider UJET this week announced integrations with identity management products from Okta, OneLogin, and Microsoft. With the integrations, businesses will be able to extend their enterprise login authentication capabilities to users of the Ujet admin portal and agent adapters.
Ryan Daily, No Jitter associate editor, and Beth Schultz, No Jitter editor, contributed to this article.

CEO catches up with No Jitter since taking the stage during Enterprise Connect’s Innovation Showcase in this Q&A.

Is Your CCaaS Platform Architecture Fit for Purpose?

Looking beneath the surface takes time but pays off in performance.

Frictionless customer experiences require a bold approach with built-in intelligence to make them flow, focusing on the customer wherever their journey begins.

In this No Jitter Roll, we cover the latest news from Sprinklr, Twilio, Syniverse, and Google.