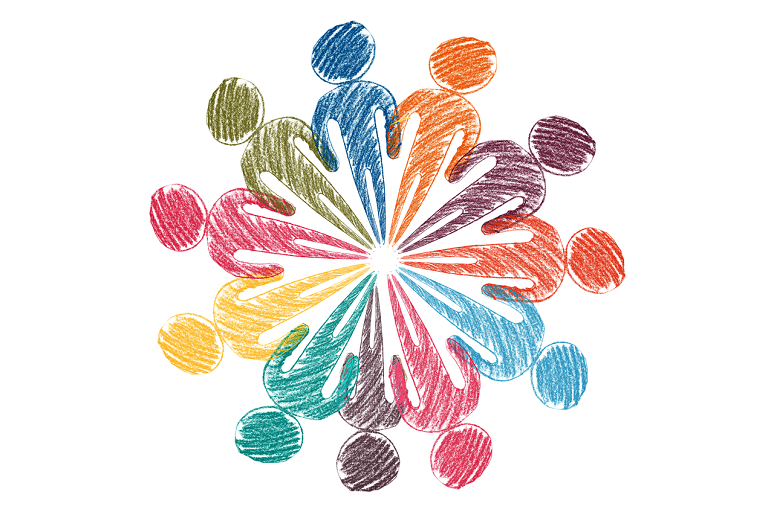 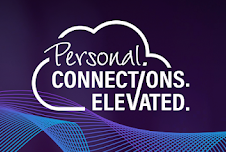 My title here mirrors the theme of NICE’s annual Interactions event for customers, partners, and analysts, held this week in Las Vegas, Nev. This year’s Interactions event was the biggest ever, with more than 3,000 attendees – 42% larger than 2018’s estimate of 2,100. When I reflect on what I saw and heard, this is how each of those words were brought to life at the event for me.

Personal
Three years after the acquisitions of contact center as a service (CCaaS) leader inContact and analytics firm Nexidia, the CEOs of those firms remain at NICE. Paul Jarman, who has led inContact since 1994, and John Willcutts, CEO of Nexidia since 2005, are both still integral parts of the management team, working to guide the incorporation of both companies’ technologies into the flagship NICE customer engagement platform, CXone. In addition, the CEO of NICE, Barak Eilam, is celebrating his 20th anniversary at the company this year – the only company for which he has ever worked.
For all three of these gentleman, the continuing success of their now joint venure is more than just a paycheck, more even than merely a career. It is personal.
Connections
Just eight months after acquiring predictive behavioral routing (PBR) company Mattersight, its technology was a central theme of the conference. Attendees were encouraged to complete a 40-question survey to determine which PBR personality type their answers would reveal. Wrist bands could then be worn to let everyone know what personality type you were: Advisor, Connector, Doer, Dreamer, Organizer, or Original. The graphic below gives a flavor of the attributes of each type. (I am an Organizer.)

For predictive behavioral routing to work, there is no need to survey agents. Instead, agent performance is evaluated against the large customer personality and behavior database that Mattersight, and now NICE, has developed over the past 20 years. The benefit of not having agents complete the survey is that there is no need to continuously poll agents and create another process step in the complexities that already exist at contact centers.

James Cave, senior director of omnichannel customer experience at Macy’s, a PBR user for over two years, presented at the conference. “Using their predictive behavioral routing solution, we connect our customers with the agent that's most likely to provide an optimal interaction based on personality, communication preferences, and behavioral characteristics,” he said. In terms of results, for the the 44% of calls to Macy’s that have been routed using PBR since 2017, Cave said the average decrease in average holding time for calls was 55 seconds, a 5.5% productivity improvement.

Cave explained that Macy’s wants customers it’s interacting with to feel, “Macy’s gets me!” The goal is to make a connection with their customers.
Elevated
Every company that makes an acquisition hopes for a “one plus one equals more than 2” scenario -- for overall results to be elevated beyond what each firm could do individually. The presentation by CXone customer MoneyGram helps makes the case that NICE inContact is winning sizable, global deals that it might not have made without its relationship to NICE.
Moneygram operates in 200 countries. It has contact centers in 10 countries, agents who speak 32 different languages, and IVRs that operate in over 50 languages. The company takes 13 million calls annually.
Doug Klees, Moneygrams’s head of customer care, explained that before moving to CXone, the company had a managed services solution. “Integrations were tough and expensive to manage,” he said, and, “all changes had to go through the managed service provider, which meant getting in line to get things done. We wanted to control our own destiny, to bring something into the cloud and allow our own developers to work on the IVR.”
But even more than that, the old solution was costing Moneygram revenue and customer good will. “The old application was down for 24 hours right around the holidays,” Klees explained. ”That was lost revenue, lost customers -- something that we really didn't want to have.” 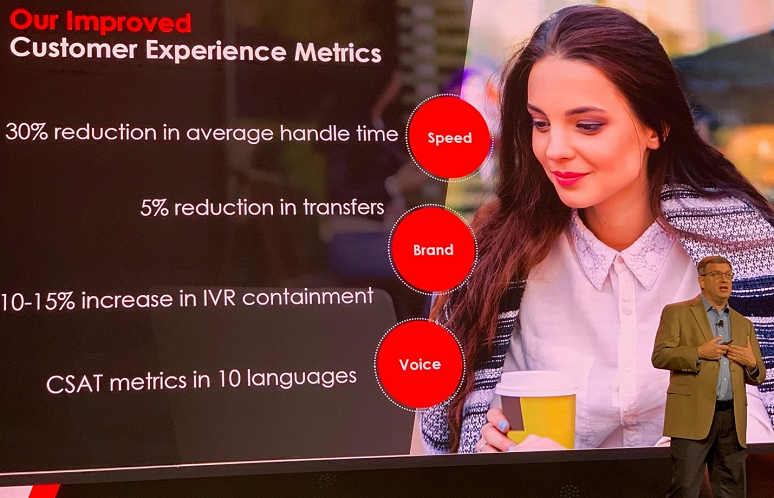 One year after cutting over 1,300 agents (200 internal and 1,100 outsourced), Klees offered the statistics seen in the above graphic as measurements of the overall success of migrating to CCaaS over a managed service. Beyond metrics, Klees explained, “We're now talking more about the calls versus the technology, because we fixed that. We're not talking about lost calls, or I can't find the recording for this call. Now we're actually talking about the calls,” and how to make them better from a customer perspective.
So, elevated here is exemplified not only by NICE inContact’s ability to win larger, global deals, but also by the elevated customer experience being delivered to customers that choose the NICE portfolio.

Put Self-Service at the Top of Your CX Priority List

The goal is to serve as many customers as possible without human intervention.

Meet the Modern Contact Center for Travel and Hospitality

Built on Amazon Connect, modern contact centers have been fueling exceptional CX and reducing costs for these verticals.

Talkdesk AI Trainer: Another Brick in the Wall

How to Keep Agents Ahead of Evolving CX Demands