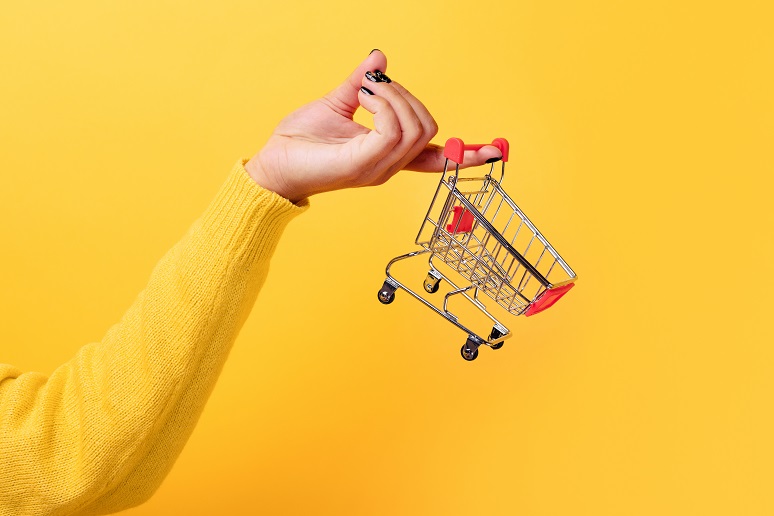 Image: alesmunt - stock.adobe.com
NICE today announced the launch of CXone SmartReach, based on technology from the acquisition of proactive conversational AI company ContactEngine. ContactEngine was founded in 2005 in Hartford, U.K., and later opened an office in McLean, Va.
A team of linguists, behavioral scientists, and mathematicians devised ContactEngine’s proprietary machine learning algorithms to perform automated human-like conversations. Its list of reference customers is impressive, including global brands such as DHL, BT, Virgin Media, and Whirlpool.
NICE did not disclose financial details of the transaction, but some quick Internet research provided these facts about the company. Privately held, ContactEngine has reportedly had five rounds of financing from three investors for a total of £10 million ($13.8 million). ContactEngine ranked 636 on the FT 1000 list of Europe’s Fastest Growing companies in 2020 and 2021. That list shows ContactEngine with revenue of €2.8 million in 2016, more than tripling to €9 million in 2019 ($3.4 million to $10.6 million).
LinkedIn shows an employee count of 91, which is consistent with other public sources. Those employees, including ContactEngine CEO Dr. Mark K. Smith, will join the NICE Digital Solutions Group, created in October 2020.
Today’s news comes quickly on the heels of NICE’s acquisition of MindTouch in April and is part of a larger digital customer experience effort at NICE. In a pre-briefing, Chris Bauserman, vice president of marketing, NICE CXone, said, “Being digital is not just about supporting digital channels that reach an agent. It includes all the other touchpoints that a customer can use to reach out to a company to solve an issue.”
When describing the graphic below, Bauserman noted that traditional agent-assisted or chatbot channels only cover about 20% of the cases where customers have a need from your business. “Our recent acquisitions of ContactEngine and MindTouch, plus our native Enlighten AI and data lake investments, puts NICE CXone in the unique position to cover 100% of customer need events through the addition of proactive outbound, intelligent self-service, and self-learning AI to make better bots faster,” he said. 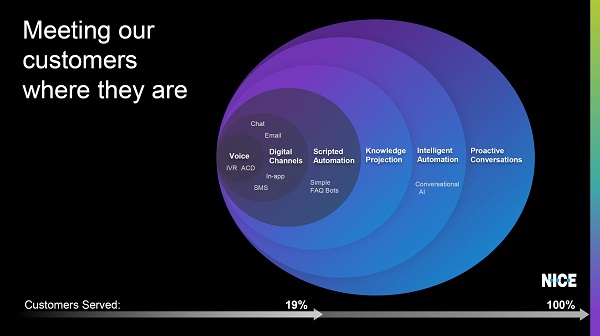 As seen in the list of reference companies, high-scale business-to-consumer use cases are where ContactEngine has gained the most traction. It’s these companies that can get “extreme leverage from being able to proactively engage customers on complex multi-touch journeys, such as fixed phone lines or Internet installation. The savings comes from preventing truck rolls or phone calls with very long handle times,” Bauserman said.
I asked if the large, global nature of the existing ContactEngine customer base reveals anything about the customer segments NICE will target with CXone SmartReach. Bauserman explained that CXone SmartReach will be “its own separate entry point,” which means it will be sold to any company, not just CXone customers or prospects.
“Does this ContactEngine coexist with other ACDs today? Absolutely. Will it coexist on these ACDs in the future? Absolutely.” Bauserman said. He quickly added that CXone SmartReach can become a great starting point for large enterprise customers (on multiple contact center systems today) who may be candidates for the full CXone platform at some point in the future.
Bauserman concluded the briefing by saying that one of the key differentiators of CXone SmartReach is that it helps companies automate multi-day, multi-channel conversations – not just single, simple queries. Also, the engine adapts based on customer responses – it doesn’t follow a fixed, linear set of actions. As a result, 90% of customers are willing to continue to interact with the system.
The need for better self-service tools by both businesses and consumers, in addition to the blurring line between live assistance and automation, are key strategic themes in the customer experience market today. At Enterprise Connect this September 27-29, we will tackle this topic and more in the general session, Contact Centers & CX: Blurring the Line Between Automation and Live Assistance. Join us! Register now using the promo code NJAL200 to save $200!