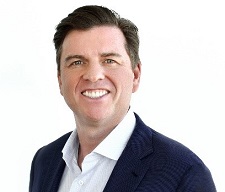 Genesys also announced today that president Tom Eggemeier will transition into a new role as a partner at one of the company’s private equity investors, Permira. Presently, Permira Funds and Hellman & Friedman own a combined majority stake in Genesys.
I had the opportunity for a pre-brief on this announcement, over video. With no advanced notice of the subject of the call, my first reaction when Segre introduced Bates was, “Where do I know him from?” As Segre started the introduction, I remembered having seen Bates over the years delivering presentations at various Cisco and Microsoft events. The most memorable of these, and the most recent, was at the February 2013 Microsoft Lync conference where he discussed how Microsoft Lync and Skype would come together, over time.
Bates, who had been CEO of Skype when Microsoft acquired the company in 2011, then became responsible for Microsoft’s UC business. Later, at Microsoft, Bates served as EVP of business development and developers. Prior to joining Skype, he served in a variety of roles at Cisco, including as lead of the company’s service provider business. His career highlights also include board seats at VMware and eBay, both of which he’ll retain.
One line stood out for me in the biography of Bates that Genesys posted to its website simultaneous with today’s press release. “Tony has decades of experience steering business-to-business and business-to-consumer companies through major market transitions and rapid scaling.” There is certainly reason to believe that Genesys’ private equity owners brought Bates in to do both things.
With last reported revenue of $1.5 billion, for 2018, Genesys has grown nicely in the past few years. The cloud contact center market is in high gear, however -- poised to grow even more dramatically in the next few years. At Genesys, some of that growth will come from migrating the premises customer base to the cloud, some from migrating the base of competitors, and still more from new offerings (e.g., artificial intelligence solutions) and new markets (e.g., marketing use cases.) Bates’ rapid scaling skills will be of value here.
Bates’ experience helping companies through market transitions triggered thoughts of company transition -- i.e., going public. Industry analysts have often asked when Genesys would go public. Segre’s answer has consistently been that the firm’s financials are already there, but the company’s owners were in no rush. In the current Wall Street environment, highlighted by last month’s Zoom Video Communications’s initial public offering (IPO), which saw the company’s shares hit close to 72% above initial price, as well as the much-anticipated impending Uber and Slack IPOs, the timing may be right.
At the end of the interview, Bates asked me what I believed was the one thing he should know about Genesys or the market as he takes the helm. Without hesitation I responded that he should appreciate the importance of the role that Peter Graf, chief product officer, plays in the business. Brought into Genesys 18 months ago, Graf is the unifying executive managing the synchronization of the legacy Genesys applications, the acquired Interactive Intelligence platforms, and the AI and marketing assets gained with Altocloud in the February 2018 acquisition. The work being done to build new services once, in microservices, and deploy them to the customer of any platform is key to Genesys’ future success.
One year ago, Five9’s board of directors made the decision to bring in a high-profile Cisco executive, Rowan Trollope, as CEO with the goal of taking the company from the $300 million business it is today to $1 billion and beyond. With the choice of Bates, an arguably more prominent executive, the Genesys owners are signaling that both the company and the market are heading toward a $5 billion Genesys and beyond -- and that they can attract the talent to take it there.