Can Google Voice Serve an Enterprise? (Part 1 of 2)

Google Voice offers centralized license management regardless of location, end user advantages, and gone are the days of micromanaging licenses. 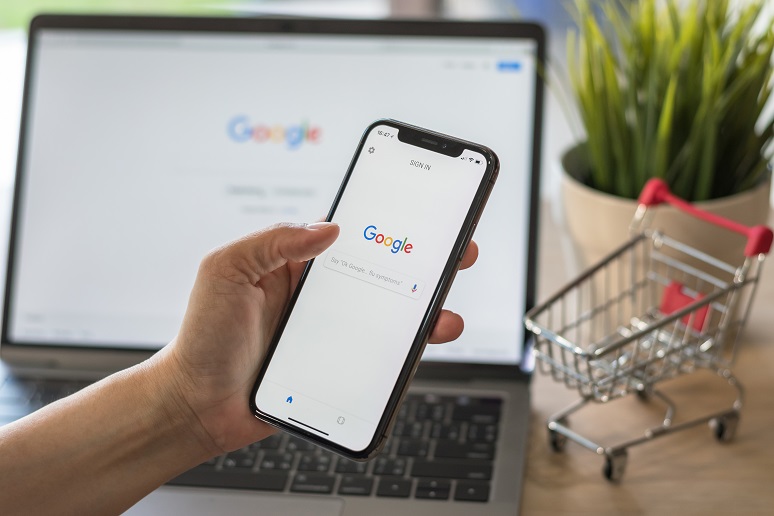 Image: Chinnapong - stock.adobe.com
Voice service is nothing new for Google. Launched in 2007, 800-GOOG-411 was a convenient alternative to the 411 pay-per-call services before the days of smartphones. When my now-teenagers were toddlers, on particularly challenging parenting days, my wife would warn me that I had better not darken the doorstep without dinner in hand. I still remember dialing GOOG-411 to feed my family and feeling empowered by that Nokia candy bar-sized phone in the early days of voice recognition. Google Voice would ask for the city, state, and place of business. It would then read the phone number and offer to transfer the call.
Google didn’t offer its 411 services to be nice. The company was collecting voice samples, starting off on the road to perfecting their voice-recognition technology, and building a phoneme database. To grow that database exponentially, Google acquired Grand Central, a small VOIP startup, in 2009, which became Google Voice (for consumers). This acquisition provided a foundation upon which to expand. In late 2010, Google felt it had collected enough voice samples, and since audio samples were prolific within Google Voice, 800-GOOG-411 service was discontinued.
In the spring of 2019, Google introduced voice service for businesses and smartly slip-streamed this into G Suite (now called Google Workspace), making it a more robust version of the free consumer counterpart. Today, the official name is “Google Voice for Google Workspace.”
Enterprise End User Advantages

Additionally, there are three ways to make a call.
For those who need a physical phone, Google Voice for Workspace has partnered with companies Obihai and Poly to provide the Polycom VVX150, VVX250, VVX350 and VVX450 phones. Obihai also offers a USB Wi-Fi adapter that works well with these phones. For those who need integration to an overhead paging system or analog services, an analog telephone adapter (ATA) is in development and is scheduled for a 2021 release.
Administration Made Easy
Unlike other platforms, Google Voice for Google Workspace provides centralized license management from within the Google Workspace admin portal. Gone are the days of micromanaging licenses for each location. When an employee gets terminated, and their Google ID gets removed from the system, so is the voice license. End users can be loaded in large batches, and phone numbers can be pre-assigned prior to porting. MAC addresses of physical phones can also be bulk loaded using a Google Spreadsheet template.
Google Voice for Google Workspace offers auto attendants including time-of-day-based greetings and menus. Menu selections include typical options such as transfer the caller, send to voicemail, play a message repeat this menu and continue to submenu. An especially convenient feature that I found is Google’s text-to-speech functionality within an auto attendant. Now I don’t need to find an internal voice talent to record greetings, prompts and submenus. Google’s text-to-speech is impressive and professional enough to use in the workplace and it sounds relatively human with voice great inflections and nuances. Last-minute changes can be done on the fly and are effective the moment the change is saved. Hunt groups are known as ring groups and all the features of a robust PBX hunt group.
Google Voice for Google Workspace has three pricing tiers: starter, standard, and premier. These may be negotiable through your channel partner, but there are some nuances to note. For example, licenses cannot be mixed. If some premier licenses are needed, then all licenses in the company must be premier. Premier licenses are also a requirement for international presence. For example, if your company has offices in both the U.S. and Canada, the Premier license is required.
Like many telecom vendors, Google utilizes channel partners to assist companies with sales and implementations. In general, two support plans are offered with various SLAs to meet your requirements. Your channel partner may offer options, like those listed below.
Free Google Workspace Support
Premium Google Workspace Support
Google is a carrier, and Google Voice for Workspace, follows all telecom regulations. It is both ISO 27001 and HIPAA compliant, contains fraud monitoring, and is a fully-hardened service. It also provides e911 support and the flexibility for the end user to update his or her location at will. Phone number porting support is available for most areas of the U.S. and Canada is on the roadmap for phone number porting in the near future. New numbers can be selected on-the-fly based on the users’ address.
Other companies that have adopted Google Voice for Business include Nielsen, Dow Jones, Portland State University, and Zoopla Property Group (ZPG Ltd.).
Google Voice for Workspace offers unlimited calling between all Google Voice for Google Workspace numbers, as well as unlimited inbound and outbound calling in the U.S. and Canada. Inbound calling is free in all markets. The international rate card pricing is very competitive. These include Canada, Switzerland, Denmark, Spain, France, United Kingdom, Ireland, Netherlands, Portugal, Sweden and the U.S.
Keep an eye out for my next article in which I’ll share my first impressions and personal experience implementing Google Voice in a large fortune 500 enterprise.